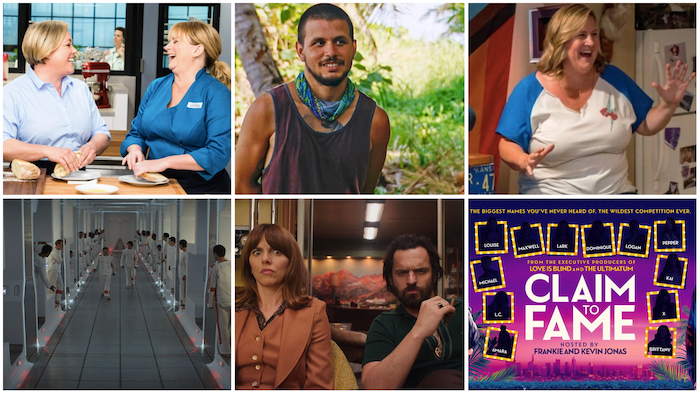 Usually January sees us announcing the nominees for our annual Critics’ Pick Awards but, since the pandemic, we’ve shifted our focus to cover more areas of entertainment and the result is that we no longer review enough TV to responsibly choose a truly representative list of award nominees. But we couldn’t just let 2022 pass without finding some way of honouring the artists who stood out the most to us, even if we weren’t able to see everything.

So we’re launching our first ever Critics’ Pick Entertainers of the Year. No categories, no competition, just a small nod of appreciation.

Without further ado, our Entertainers of the Year for 2022 in television:

After a few middling seasons, my love of Survivor came back full force this year as the all-round excellent cast of season 43 kept me hooked week after week. But it was Jesse Lopez who reminded me of the strange anguish of really loving one particular player. It’d been years since I dashed to the television on Wednesday nights and sat on the edge of my seat begging for the vote to go a particular way. But, from episode one, Jesse stood out not only as a player with the natural strategic and social ability to hang with the top tier of Survivor greats but he was the rare superstar strategist who also came with a season-stealing personal story. Truly the 2022 TV star for me.

Season two of Minx was sadly cancelled after they’d already started production (a move that should be illegal, RIP GLOW) but the short-lived run of this perfectly cast HBO Max gem will always live in my heart as my favourite binge of 2022. Lovibond is also a supporting actor on much-overlooked favourite Trying but it was so great to see her take the lead here as an intrepid magazine editor who pairs up with the always fantastic Johnson to publish a feminist nudie mag. Funny, heartfelt, complicated, frustrating- it’s performances like this that are why dramedies are the heart of great television programming.

Perhaps a bit of an off-the-board pick but this long-running PBS cooking show has in the last few years become maybe my favourite show on television. Current co-hosts Julia Collin Davison and Bridget Lancaster are the perfect warm, funny, comforting companions to the show’s gentle and cheerfully nerdy style. I love the little science segments that show you why it’s important to choose the right flour for your recipe and the seriousness with which they take finding the best vanilla ice cream. It’s the happiest show on earth and it’s rare that I’d ever prefer to be watching anything else.

The brassiness of Everett’s comedy act has never worked for me but, stripped of her bravura and placed in the glamour-less world of her tender and bittersweet HBO dramedy Somebody Somewhere, she completely stole my heart this year. Playing an original character who is not not in some way herself, Everett gorgeously captured the feeling that a bombastic and unapologetic stage persona was lying dormant inside an exhausted everyperson. A brilliant feat of introspective performance.

Andor showrunner Tony Gilroy understands the beating heart of those until now largely unseen in live action Star Wars. The bureaucrats, the true believers, the cannon fodder, the reluctant. Gilroy & Co. make those stories and more not just compelling, but foundational. A galaxy far, far away is forever changed because of it.

Kinetic Content has built themselves a unique and fascinating corner of reality TV with relationship-focused “experiment” shows, starting with Lifetime’s Married at First Sight but really taking off in the last few years with their Netflix content The Ultimatum and, most notably, the extremely buzzy Love is Blind (which had two unmissable seasons in 2022). But they’re making this list alongside showrunner Paul Osborne for a little-talked-about ABC competition show that was my pick for show of the summer. Claim to Fame sounded like a nightmare, a cynical exploitation of normal folk so desperate for a little attention that they were happy to, in turn, exploit a biological connection, however distant, to a famous person with or without said famous person’s consent. Gross. But the show Osborne actually put onscreen was sneakily the most strategically engaging reality concept to launch in decades. The fantastically cast first season was filled with personalities who were plenty entertaining on their own and the secret of their famous relations quickly became less their defining point of interest and more a technical function of the game. The celebrities were merely the flag in capture the flag, the players themselves were the stars. Perhaps on the backs of standout players LC Palmer and Logan Crosby, or perhaps simply because the producers have created a really solid product, the show immediately became complicated and strategic as alliances formed, information became weaponized, and contestants started thinking several moves ahead. Adria “Louise” Biles looks just like her sister Simone but she survived several eliminations because the obviousness of her identity allowed other players to use her for cover. The best players manipulated others into guessing wrong and self-eliminating while carefully calibrating how to eliminate their biggest threats and simultaneously playing identity detective. Crosby had to let his best ally go early as the elimination of Brittany Favre took the one player with enough country music knowledge to identify him off the board. Claim to Fame is a fun and pulpy celebrity guessing game with the play-along vibe of early Masked Singer but it’s constructed with really pretty sophisticated game show design that allows good strategic players to thrive like the best of Survivor and Big Brother. The show will suffer if they produce too many seasons and the star power of the relatives starts to fade (I loved season one of Masked Singer but these days I barely know who any of the “stars” even are) but the gameplay sophistication of season one was a huge surprise that was a real highlight of 2022 in TV.