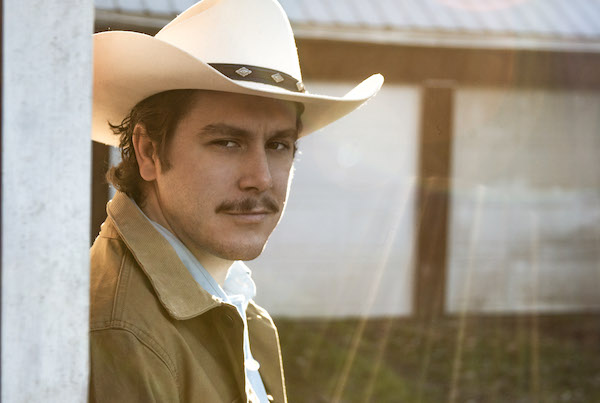 “Tommy Charles was Born in Sherbrooke, Quebec, with his love for country music heavily influencing his passion as a musician. In 2019, he appeared on the hit TV show, “La Voix” (The Voice) where he advanced all the way to the finals which was followed by a seventy-five-date tour. His debut single “Lookin’ Like That” was released on May 27 via Crank Music.”

As far as I remember, looking back into my life, there was no other option for me. It was always obvious for me that I had received a gift, which was to be sensitive to music and to want to give it back desperately. My mother was the one to push me in that direction and to prepare me for the professional path. She was a high-level ballet dancer when she was young, and I definitely got the itch, the passion through her.

I’m mostly a natural. However, I have had classical singing classes for two years a while ago, and have studied Persian music (radif) for some time too. I think I owe what I can do to a lot of listening and paying attention to people from all kinds of musical traditions. Most importantly, I’ve always had great mentors and people who were really patient and to whom I owe a great lot.

Mom has always been a country music fan and an Elvis worshiper! My father is a blues music savant and had me listen to old school blues from a very young age. Therefore, we could say I was brought up into mostly American music, and some of my biggest influences include people like Elvis Presley, Marty Robbins, BB King, Tom Jones, Howlin Wolf, Randy Travis, Garth Brooks, Jim Reeves, Freddy Fender, Patsy Cline, Willie Nelson, George Strait, to name a few. I’m very comfortable singing crooner music, and the first shows I have ever done, as a teen, were with a big band (Nat King Cole, Sinatra, Buble, Benett). Ever since I started travelling when I was 19, my style was influenced by a lot of world music, from Mexico (musica ranchera, Pepe Aguilar, Vincente Fernandez) to the Middle-East (Mohammadreza Shajarian, Alim Qasimov) and back to Brazil (Leandro e Leonardo, Zeze di Camargo e Luciano).

I think I’m a modern crooner with a guitar. I have a clear, lyrical style of vocal interpretation, which is sometimes cheesy, sometimes dramatic. I tend to communicate better with my voice, more than with any other instrument I believe.

‘’Lookin’ Like That” owns a soft spot, because I think it is just so refreshing. I do music because I want to have fun and I go wild whenever I hear or play that song. It’s like a bolt of lightning. After the pandemic, ‘’Lookin’ Like That” feels like a brand new start. It makes us want throw our hands the air, laugh and have a good time. At this time, it’s the song I really want to sing.

They will feel alive. My job, which I love, is to take people on a roller-coaster ride through music. Together, we can unwind and be real. Be ourselves. We’ll dance, sing our butts off, maybe cry and make memories together. Also, I’m all about old-school, down home, cozy feeling good ol’ country music. I hope people who are fans like me will enjoy the performance. Aside, people who listen to legends from the 70s, 80s and 90s know what they want to hear. I hope I can deliver it to them.

My music is available on all platforms. Feel free to check my socials for all the links and updates!