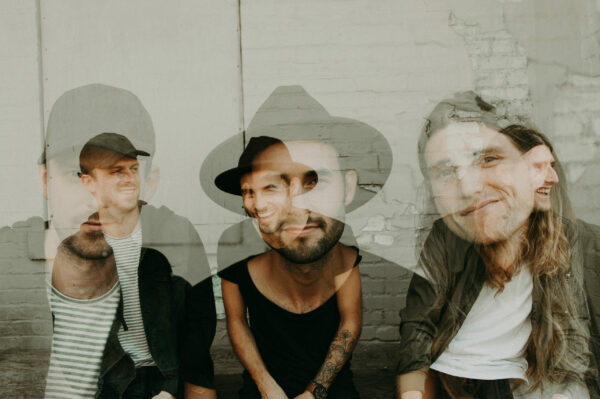 “Since forming in 2014, Canadian pop-folk band The East Pointers has continued to be furiously energetic, musically complex and technically brilliant and now a family grounding as the seventh generations of traditional Prince Edward Island and Ontario-based Celtic players and writers have effortlessly parlayed into the folk-pop arena. Gaining international recognition as musical trailblazers, the band has continued to rise to success, after releasing their debut album Secret Victory in late 2015 and performing in Canada, the United States and Australia. The band have also received achievements including a JUNO Award for Traditional Roots Album of the Year in 2017 for Secret Victory, the Canadian Folk Music Award for Ensemble of the Year at the 12th Canadian Folk Music Awards in 2016, and nominations for Instrumental Group of the Year and Canadian Folk Music Award as Ensemble of the Year again in 2018. The multi-award-winning band are back on the road with new music (and a new sound) from their forthcoming EP, as well as a back catalogue of the off-the-hook tunes and anthemic songs that have made them festival favourites over the years. In January this year the band suffered an unimaginable loss with the sudden passing of beloved band member Koady Chaisson. The new music has Koady’s musical footprint on it as the band were well into the new EP sessions just prior to his untimely death.”

For me, I grew up in a musical family, everyone played something! It was something I’ve always done so being a musician is part of my family’s DNA :) Being a professional musician came a bit later, when I was in University and decided I wanted to pursue a true passion. Life’s too short to dabble with something you don’t enjoy… I love music and the community that comes with it.

I wouldn’t say trained, but I certainly learned from the best around me. My older siblings, my father, cousins and uncles are all great musicians so I’ve picked up tips and inspiration from them since I was a wee fella. No formal training in school – I wish I did that side of it, maybe someday!

So many! On the trad side of what I do, I’d say Liz Carroll, Natalie MacMaster, Solas. On the songwriter side, I’d have to go with James Taylor, Tom Petty, and Stan Rogers.

The East Pointers is a blend of trad, folk, pop, alternative… Hard to describe! We draw a lot on our Celtic upbringing and our current fav experimental sounds.

I’d probably have to go with our latest single, “Stronger Than You Know”. Our producer, Derek Hoffman captured the energy we felt when we wrote the song… Along with his injection of a whole other feel. It’s nice to have new material for folks to hear!

We like to direct folks to Spotify, but you can find us on all the social media platforms. :)