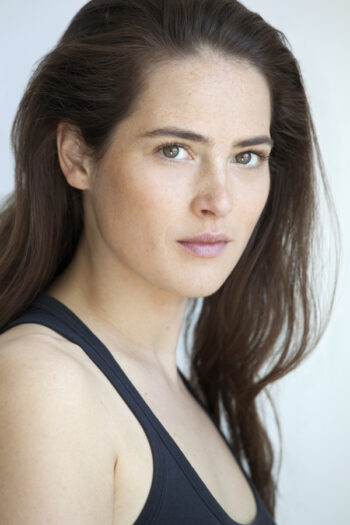 Understudying was always one of the hardest jobs in theatre but in 2022 it’s taken on a whole new meaning. Gone are the days when an actor might learn a role only to see the entire run go by without performing it. In the first full season back for many of Canada’s biggest theatre companies but with Covid-19 very much not behind us, understudies are more important than ever right now. This summer, Ontario’s major repertory festivals navigated tricky unprecedented ground as an intricate network of understudies and swings made sure every role was covered in case of a positive test among the company (not to mention all the usual things that can go wrong over the course of a long run). The majority of performances I saw at both the Stratford and Shaw Festivals this year had at least one understudy onstage, sometimes multiple as the last minute call-ups often caused a domino effect.

I think we’re trained to react with disappointment when we see the sign in the lobby that reads “at this performance, the role of…. will be played by…”, especially if it affects an actor we were particularly excited to see. But reviewing theatre in 2022 has completely broken me of that habit. Sure, sometimes understudies are overwhelmed and a little underprepared but, especially in the middle of a long run, sometimes that energy is exactly what the show needs. Sometimes the new actor brings something great to the role that the show was missing before. Sometimes you get to see a future star take centre stage for the first time. And even if those things aren’t true, even if all that really comes of it is that the role gets covered, I still think that’s pretty special. Within the realm of a sprawling repertory company especially, when everyone has already learned multiple roles for their own season tracks, it’s really cool to get to see an actor step up to have their colleague’s back; and I love watching how the rest of the ensemble closes rank to get them through it.

We caught up with some of the notable understudies we saw this year who took on major roles with little notice on some of the country’s biggest stages. In a year full of uncertainty, these are the people who made it possible for the show to go on.

Click Here to read the other interviews in this series.

Next up we’re heading to Canada’s most prestigious stage to hear from Hilary Adams, whom I had the pleasure of seeing play Ophelia in the best Shakespeare production I’ve seen in over a decade at The Stratford Festival. Perhaps the most daunting task taken on by anyone in this series, a leading role in Hamlet on the Stratford Festival stage is indoctrinated into aspiring Canadian actors as the pinnacle of theatre work. This production in particular was hyper-physical and moved like lightning so jumping in with little prep must have felt like double dutch. But Hilary managed it with ease and in fact I didn’t realize she was an understudy until after the performance was over, a testament to not just her skill but her ability to think on her feet and incredible poise under pressure.

Here’s Hilary in her own words:

Tell us about your experience going on as an understudy in Hamlet this season.

In regular rehearsals, how are understudies incorporated/prepared?

Well this has been my first time as an understudy but when we were rehearsing Hamlet, Peter [Pasyk, the director] was really adamant on an open door policy and he encouraged everyone to be in the room, which was wonderful! I watched rehearsals while the principal actors worked and got to listen in to some of the discussions about character choice and intentions. We had a couple voluntary get-togethers as an understudy group to read through the play so we got used to saying the words out loud with other people. Most of the work as an understudy is solitary so it was so nice to be able to work with the other actors. There were a lot of understudies who had years of experience who were very helpful with sharing their experiences and knowledge. We had a couple of scheduled blocking rehearsals where we got to walk the blocking and got some notes from our assistant director to keep the intentions and acting the same as the main actors.

Once an understudy is called in, what’s the process on the day?

Well it’s different every time. I have been asked to go on at intermission this season as Marcellus. I was paged, told I would be going on and then we had a chance to run some fight choreography. I went back to my dressing room where I got changed into my understudy costume, changed my hair and then ran to get some props. In other situations I have been called the day before, got fitted for a costume and asked if there was anything I wanted to go over with Brian (my amazing stage manager). You normally find out a couple of hours before so you have some time to prepare yourself but you always have to be ready.

Understandably, you’re less prepared for your understudy role than for your main track. How do you stay in the moment onstage when technical aspects like lines & blocking aren’t as set in your muscle memory?

It’s all about being in the moment and trusting that you have put the work in. It’s months of watching and listening, going over the blocking and lines, put into action. Also the backstage crew, your cast and your stage managers are all supporting you, everyone wants you to do the best you possibly can.

If you make a slip, how do you recover?

Letting go of the mistake and staying in the moment is all you can do. Just keep moving!

How do you approach performing violence, intimacy, and other choreographed one-on-one action with another actor as an understudy?

We were pretty lucky. I had a chance to work with an intimacy coordinator, Alex Sideris, who was just wonderful. We did an initial talk through, where we had a chance to discuss what we were comfortable doing, any injuries and so on. During rehearsals I worked with the Hamlet understudy and Alex, where we had a couple of sessions with the two of us for our understudy run, which was helpful in creating the necessary language. We also sat in on the principal actors’ intimacy rehearsals so we knew what was happening. We were told and reminded that there were and would always be different options which was really great. I find it helpful to look at it as choreography.

Were you able to attend full costume & wigs fittings before going on? How are these aspects of the production prepared in case an understudy is needed?

I had an opportunity to go to an initial fitting but not a finished product until I was going on. There is an incredible team of costume designers, sewers, dressers, wig department, stylists at Stratford that work incredibly hard throughout the entire season. They work so hard to make sure every piece of the puzzle is made and fits into the design, so that the overall image stays the same as it was envisioned.

Is there anything else we should know about understudying in 2022 or in general?

I think this year has been really interesting because I have gone on for multiple characters quite a lot, which isn’t the norm but has been truly amazing! I have loved the chance to play different characters and fill in for my cast mates when they were injured or had family emergencies. I think understudies are so important because life does happen during the 8 months you are contracted, so actors have the chance to heal if they’re injured or grieve a loved one, if they have someone to fill in for their track, the show can go on! It has taught me to always be on my toes and ready for anything, and to be generous and forgiving of myself. It’s a hard thing to understudy so celebrating the small things is important.