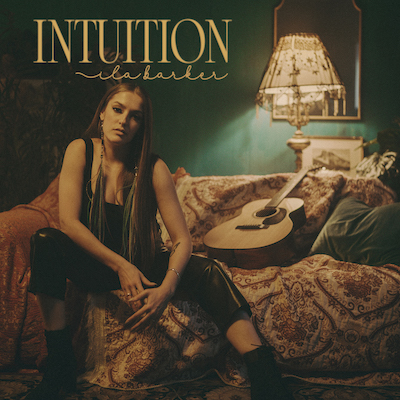 “With a soulful voice and lyrics that wash over the minds and hearts of audiences like waves, Winnipeg-based Ila Barker is a force to be reckoned with. This Canadian folk-soul artist takes listeners on an introspective journey, inviting them to connect deeply with their own emotions. Ila has taken the stage at the Winnipeg Folk Festival, Regina Folk Festival, sākihiwē festival, and opened for Jeremy Dutcher’s sold-out performance at the Indian River Festival in PEI.  After the release of her self-titled debut album (2013), Ila took time to mindfully refine her artistry, embarking on a creative evolution, and emerging with a self-determine sound. Her latest album is in honour to her metamorphosis into the musical powerhouse she is today and a promise that the tide will turn. In addition to creating and performing music and as an act of reciprocity, Ila mentors emerging Indigenous artists in AIRsessions, her self-curated music workshop series”.

Growing up I wanted to be a million different things. Top of the list was race car driver, entomologist and a guitar player. As I got older I started teaching myself to play guitar and quickly fell in love with songwriting and singing along the way. I had my first taste of the stage in 2008 when I attended a summer music camp in Edmonton, AB. As a wrap up to the week at the camp, our newly formed bands performed our new original songs in the historic Roxy Theatre. In 2011 I took to the stage again when I entered the NCI Jam, a local Indigenous talent competition in Manitoba, and won first place. Both of those experiences were such big moments for me in the grand scheme and definitely had me totally hooked on performing early on. One album, a handful of gigs, and a couple of years after that I truly took a hard look at myself and my future and questioned what I wanted to with my life. The answer I kept finding was pretty simple. I wanted to sing songs, and travel, and make a positive impact on the world along the way! It’s felt like for a long time now that there isn’t another option. It’s music or it’s music!

I’m self-taught and learned primarily from watching YouTube and learning cover songs in my teens. I have however had so many mentors along my way that have guided me on my path! I feel funny sometimes saying that I’m self-taught; It’s true that I never took formal lessons, but so many incredible mentors have gifted their time and wisdom to me along my journey.

The first artist that really lit a spark for me was Jack Johnson, especially his off-the-floor imperfection filled songs. It inspires me to remember to not over-perfect my songs in post production and allow for the natural moments to shine through. These days, I’m most inspired by other Indigenous artists in the scene who are trailblazing paths first forged by the greats like Buffy Sainte Marie. We still have so much work to do in this industry and it’s incredibly inspiring seeing artists who are able to blend their music and passions with also being change makers and activists.

My sound is greatly influenced by the land and nature around me and definitely has an organic feel to it. I describe my music as Folk-Soul. I’m a storyteller and love to keep natural instruments like my guitar and vocals at the top. However, its powerful and soulful and filled with emotions.

I’m really excited about my single “Intuition”. There have been moments in my journey where my intuition has whispered and moments she’s screamed, but she’s never steered me wrong. It’s tough to decipher the difference between our heart and our mind, but our gut never lies. After years of being in an unhealthy and abusive relationship however, my connection to myself had withered away. I had lost the ability to trust my own intuition and even doubted my own thoughts.

A roller coast of a ride. We’ll laugh, we’ll cry, and I’ll take you on a journey through my years surviving an unhealthy relationship, my road to healing and learning to love again. I played solo just me and my guitar for years, but most recently you can find me joined on stage by a group of incredible musicians bringing that full band sound and energy to life!

My music is available everywhere and more is coming soon. I’d love to connect with folks over instagram or my other socials!