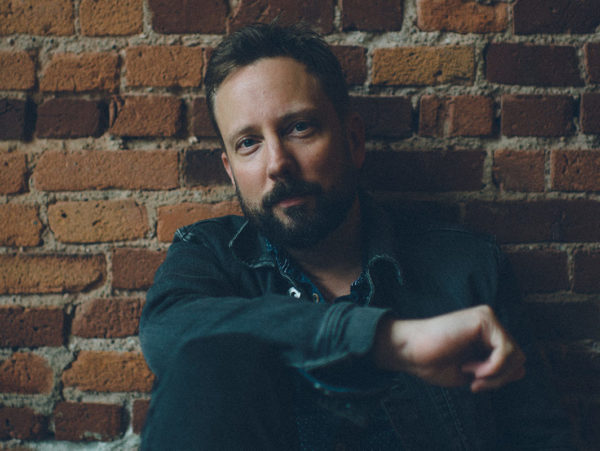 “BC-based Ryan McMahon has been capturing audiences with his wit and charm long before he became a musician. As an only child of a longshoreman and a future educator, he began entertaining early and started to love the feeling of evoking emotion from those around him. Since then, Ryan has continued to carve out a 20-year career as an independent artist in Canada’s vibrant music scene with a constant goal of crafting songs that speak to the human condition. In 2012, he joined forces with friends, Christopher Arruda and Cory Woodward to form the folk trio Lion Bear Fox, which was immediately named as one of the Top 20 Finalists for the 2013 Peak Performance Project in Vancouver, BC. He has toured Canada countless times, released five full-length albums, and seen his music licensed nationally and abroad. He has shared the stage with an extremely wide variety of artists including Lisa Loeb, Buffy Ste. Marie, Nickelback, and Mother Mother and earned placements in the TV Series Californication and more recently in the Vancouver Island produced series Chesapeake Shores. He has also recorded full albums from his home studio, The Song Shelter, and in Bakerstreet in North Vancouver. His most recent album was recorded at the mystic Woodshop in the Cowichan Valley and now his path has led him to the famed studio, The Warehouse, in Vancouver, BC”.

Music always moved me as a youngster. My folks have 11 years between them, so their record collection was a beautiful mess. Dad had the Everley Brothers and Buddy Holly LPs, while Mom offered me up the goods in the form of Janis Joplin and CCR. I was enthralled with those. As I got older, dorky, lanky and aimless, music helped me find my place and my identity. Songwriting became a safe place for me to say things to the world that I might not be able to say in everyday talk. I would look forward to a high school battle of the bands for months. It was all I thought of, from about grade 11 to today.

I’ve had a few vocal lessons from several great teachers, but no training on guitar whatsoever. What I did always have around me were better musicians than myself, however having been surrounded by great players and arrangers helped me get to where I’m at these days.

This has changed markedly over the years. I love the delivery of old blues singers like Elmore James and I listen to contemporary folk music such as Nathaniel Rateliff, Father John Misty and Dan Mangan. But I’ll dive down any rabbit hole, from Dennis Wilson’s ‘Pacific Ocean Blue’ to Hollis Brown. Use it all. Drink it up.

It seems to me the harder I’ve tried to do that very thing, the more difficult it became to articulate. I believe that’s better done by the listener. I think there’s a lot of genres in that gumbo; folk, roots, country, Americana and rock. I love hooks; big choruses that can both move audiences physically, but that also offer something substantial to ponder. But then again, what I think I sound like and what the crowd hears might just be two different things.

This changes weekly. All the songs are my kids, so it’s hard to pick a favourite! Right now, it’d be “One More Fire” as my favourite original song of the night, and “Harlem River Blues” by Justin Townes Earle as my favourite cover of the night. “One More Fire” is the cornerstone of my current set, and exemplifies not giving up on my lifelong dream, despite the pandemic and other life challenges that have been thrown my way. I believe that a lot of folks have gone through the wringer these past couple of years, and will be able to connect with me via that tune. As for the JTE number, I simply love paying tribute to a master songwriter that will be so missed, night in, night out.

An interactive experience. My solo acoustic shows feature a bit more back-story and anecdotes from my now 20-plus years doing this; the full band events run nice and loud like a great Tom Petty show. I hope my audience comes away feeling like they’ve not only gone to a great live show, but that they’ve also gained a friend in me. After all this forced downtime, I’ve realized that I’ll never take another show for granted again; I need the audience every bit or more than they need me.