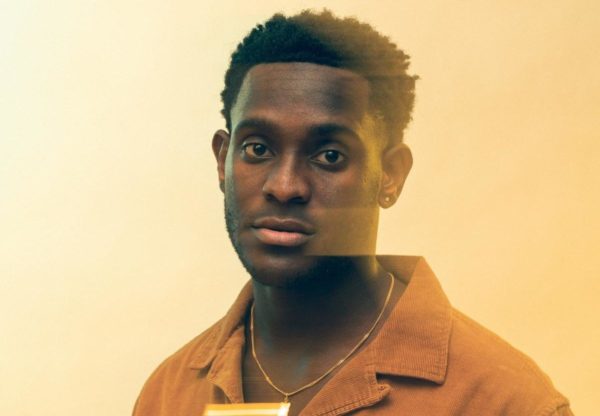 “Toronto’s Jon Vinyl is a 24-year-old artist whose keen sense of emotion has given listeners the ability to tap into nostalgic moments of teenage love and a personal soundtrack to daydreams of past relationships. Jon’s soulful records occupy a sound that has an air of sophistication and vulnerability. He was selected as one of this year’s winners of the SiriusXM Black Canadian Music Awards”.

When did you know you wanted to pursue music professionally?
Although I released my first single back in 2017 when I was just 20-years-old, music has always played a significant role in my life. Growing up in a single-mother household, I spent most of my Sundays helping my mom with chores while jamming out to her collection of old school R&B. For years I would imitate these artists and rave about their lyrical vulnerability, until my brother (now Manager, Jamil Hamilton, Vinyl Recordings Inc.), encouraged me to pursue the talents in my voice. We worked together to build a home studio where I began making music at 15-years-old and the rest – as you can see – was history!

Believe it or not, I’m a self-trained artist. I watched a lot of YouTube videos when I was first starting my creative journey – from the basics to vocal lessons and more. This eventually led me to participate in vocal lessons with Vocal Coach/Vocal Producer, Nevon Sinclair, who has worked with so many talented artists out of the city, including Daniel Caesar, Savannah Ré, Loony, Charlotte Day Wilson and more. The learning never stops though, I’m constantly seeking new avenues to further master my artistry.

Who are some of your biggest musical influences?
I feel like I offer a unique style of R&B/Soul inspired by Miguel, Frank Ocean, Jodeci, Maxwell, Luther Vandross and Boys II Men. Thanks to my mom, I was introduced to old school R&B at such a young age, which ultimately influenced my passion and direction as an artist today.

I would describe my sound as a cross-breed between old school and modern R&B. My music exhibits soulful poetic narratives and eloquent emotional perspectives. At the end of the day, everything I write is a product of real life experiences whether about my career, relationships, family, etc. and I aim to produce content that’s both authentic and relatable in nature.

What’s your favourite tune in your repertoire and why?
Surprisingly enough, I don’t get asked this question very often! I would definitely say that ‘Addicted’ is a top tier track in my catalogue. So much so that I dropped an acoustic version of the single after its initial release. “Addicted” really has all the makings of a new age slow jam, while taking listeners down this path of desire. It’s reminiscent of mid-2000’s R&B but with a modern twist that really paints a lusty scene to set the mood.

What can audiences expect from one of your live shows?
I’ll have to leave all the exciting tidbits to the imagination! I’m a big fan of live instrumental though. I think there’s a huge difference between a recording artist and a live performing artist. I just so happen to be blessed with the skills of both because I love performing in front of a crowd as well. And although the pandemic seemed to put a lot of artists/musicians at a roadblock in terms of live performances and production, 2022 is looking to be a really promising one for me. Excited for fans to see what’s next!

Where can we find your music?
The million-dollar question! Listeners can find my music on all major streaming platforms from Apple Music, to Spotify, TIDAL and Soundcloud, along with visual drops via YouTube and Vimeo. Don’t forget to follow your boy as well!