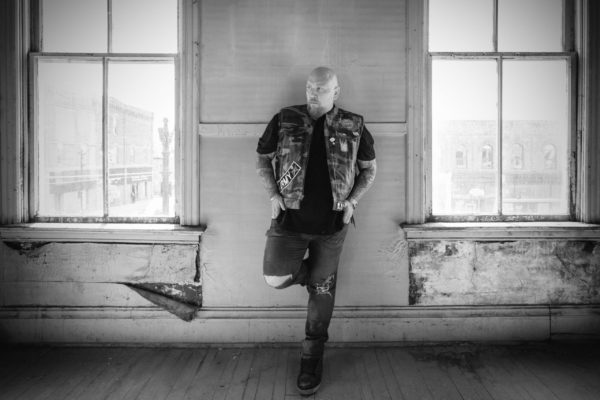 “Based in Tiny Township, ON, Graham Trude is a songwriter with a characteristically big voice and an even bigger heart. Taking early influences from the Eagles, Lynyrd Skynyrd, CCR, Neil Young and George Strait, Graham’s parents were strong guides for him, his mother an entrepreneur and his father a Policeman. In 2007, Graham signed up to be a soldier and completed his military training before being sent to Afghanistan for a challenging tour of duty. He later returned to Canada where he joined the military reserve and began using song writing as therapy to deal with his trauma. He later joined the Nishnawbe Aski Indigenous Police Service and toured from 2017 to 2019 with “The Singing Soldiers”, a band he formed, partnering with Wounded Warriors Canada, to spread awareness of PTSD in veterans and first responders. In 2018, Graham’s own PTSD came back to haunt him, when he hit rock bottom battling his demons of war by self-medicating through alcohol. But with the support of his family, and lessons learned from previous treatment, he was able to recover, using music as medicine, and daily song writing as his personal therapy. Graham is now embarking on a full-time music career as he gets ready to release his debut EP in the coming months”.

From as far as I can remember back to childhood I have always wanted to become a songwriter and musician. I would say the main reason is because I have seen the way music heals individuals who are struggling, such as myself. It has always been the most calming avenue for me to express my emotion while using various melodies.

I would say that my training comes from life experience. I feel that as a songwriter the majority of my training is experiencing every opportunity to engage in my, and others emotions. From the saddest moments to the happiest moments and being able to musically capture them.

I wish I had something sexy to tell you like Willie Nelson or Hank Williams, but I don’t. I grew up in the grunge era so it started with Motley Crüe, Nirvana and Metallica then went into post hardcore like Alexisonfire and Silverstein. I still listen to those bands today, but a ton of underground in various genres. For country music, it was more Canadians like Jason McCoy, Carolyn Dawn Johnson, and Charlie Major. Pretty much any Canadian 90s and Y2K country I knew because I grew up on it.

I’ve been trying to answer this question for a long time and I unfortunately still don’t have an answer. I think the best way for me to describe it is I am writing my therapy so whatever genre comes out I just roll with it. People have described me previously from Jason Aldean all the way to James Taylor. I’m confused.

My favourite is a “Home Crowd”. This is a featured track on my EP and I had the opportunity to do this record with my friend Simone Denny of Love Inc. Not only is Simone an incredible human, but also just an absolute pleasure to work with. Her voice is insanely good. I remember when she started singing in the studio at Union Sound in Toronto the producer, Darren McGill, and I looked at each other with just utter amazement.

That’s a good question and it really depends on what style of show we’re doing. If we are at a soft seat theatre you can expect more of an up close and personal song writing stories style. With a festival performance you could expect more pyrotechnics than a Kiss concert if it allows. It’s really up to the venue and what they will let me do at it.🔥

My new single PTSD is out now on all streaming platforms around the world. If you head over to my website at www.grahamtrude.com and sign up for the mailing list I will be releasing songs a few days early for my loyal listeners as the release dates come up. Thank you for having me and allowing me to talk about my musical journey, I appreciate My Entertainment World being a part of it.