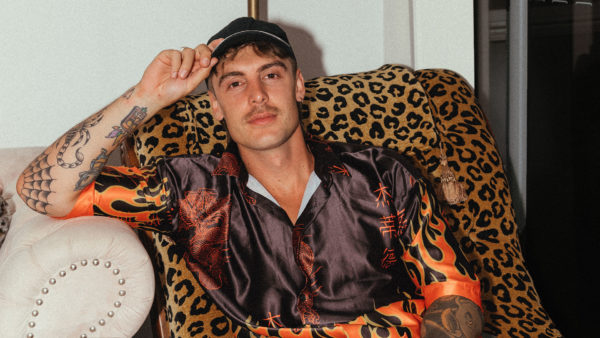 “Australian electronic producer Christian Benson, aka Luude, has quickly risen to the forefront of a new wave of producers coming out of Australia. After bursting onto the scene in 2017 with a series of remixes and original tracks that amassed millions of streams, LUUDE quickly took hold of the local club circuit, becoming an in-demand name for all promoters. The hype quickly escalated into sold-out hard ticket touring and festival sets on the country’s biggest stages. Fast forward, and Luude’s forward thinking approach to dance music has connected with listeners in Australia and beyond, skyrocketing in music charts globally and positioned to be one of the next superstars of dance music”.

When was the moment that music production shifted for you from being a hobby to a professional career? Did you always know that you wanted to make a career in music?

Once I started to get booked for shows around Australia, I left my job because there was a bit of income there to keep me going and focusing fully on my music. When I was a kid I wanted to be a basketball player but one day I saw an Avicii production tutorial on Youtube and ever since I’d been obsessed with learning how to produce tunes.

I played drums as a kid, but was never really trained in music theory. I learned most of my stuff watching hundreds of Youtube tutorials – and then later just by working with and talking to other producers about how they work.

I love a lot of different artists, even outside of dance music. As an Aussie ya gotta love Kevin Parker and everything he does with Tame Impala. Rufus Du Sol are always killing it. Same goes for Bicep, The Blaze and Ben Bohmer. I really like what guys like Bou and Hedex are doing in DnB at the moment too.

How would you describe your sound? What do you want your repertoire to be known for?

I’ve made heaps of different styles of music over the past few years and have always just been continuously trying to get better with sound design. It ended up that I was just playing so much DnB in my sets that naturally I wanted to be making music I could play – which is sort of how I got to the music I’m currently releasing. I just make music that I like to perform live in shows and I hope people are into it.

How did the remake of “Down Under” come to be?

With no shows happening during COVID, I was just making edits for fun and posting them online – the whole idea was songs that are sooo far away from Drum and Bass and just seeing how they would sound. People just instantly gravitated towards it, so the bootleg was gaining heaps of attention. My team then was able to contact Colin Hay, the original singer from Men At Work who was into the idea and we ended up releasing it.

What can audiences expect from one of your live shows? Do you have any upcoming performances?

The shows are heaps of fun, heaps of unreleased bangers – loads of more underground DnB mixed in with some cheeky vocals that everyone loves for a bit of fun here and there. They’re always hectic here in Australia so I can’t wait to tour overseas. Loads of shows are being announced over the next few months – I’m not sure what I’m allowed to announce at the moment so if you keep an eye on my socials, they will be there.

Spotify, Apple, Beatport for the DJ’s and all the usual spots!