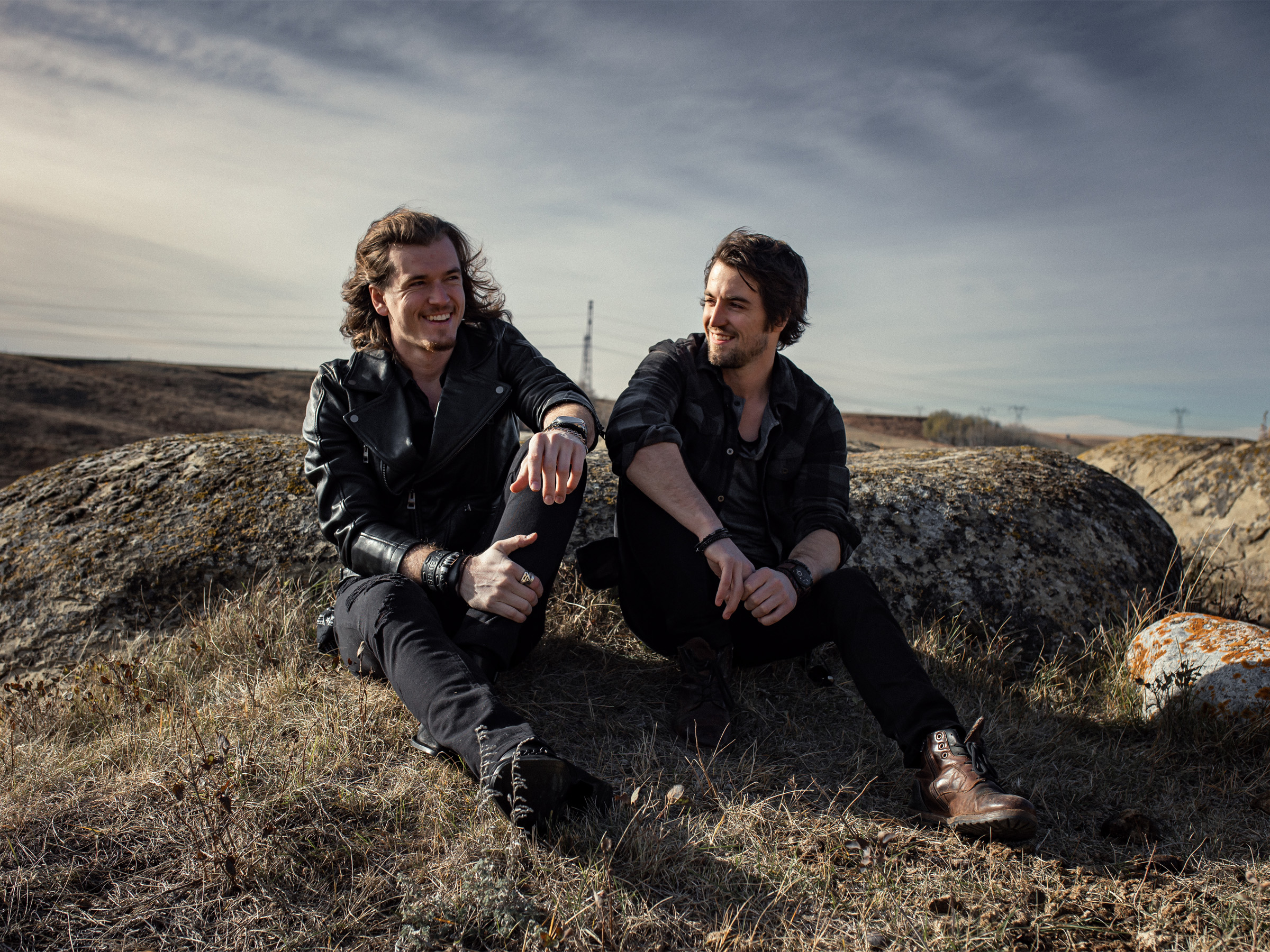 “Award-nominated Albertan country duo Flaysher is back with an energetic new single “Wild One” available now via all streaming platforms. Written by Nashville heavy hitters Tebey, Emma-Lee and Karen Kosowski and produced by Dan Swinimer, “Wild One” is a feel-good song about the kind of girl you know you can’t hold onto for long, yet can’t help but try. Based on the last name of two ‘born and raised’ brothers from Airdrie, Alberta and inspired by artists such as Bob Seger and Dallas Smith, Flaysher is a CMAB Award-nominated country duo with grit in their vocals and unvarnished truths in their lyrics. Prior to expanding their sound and leaning into country, Flaysher had their start as a classic rock cover band, having performed over 200 shows in their teens and winning the Olds Rock 104.5 Star Search contest in 2015. Since their debut country release in 2020, the brothers have garnered support from SiriusXM and CBC Country, and were named the “Most Active Indie” artist (all genres) at Yangaroo/DMDS for the week of July 16, 2021. These true blue-collar boys are known for their high-energy live performances, having performed at the Calgary Stampede, headlined the Alberta Summer Games, and sold out the King Eddy (Calgary, AB)”.

When did you know you wanted to be musicians and work together as a duo?

We’ve really always loved music. As brothers, I guess you could say it all started when we were two kids singing in the back seat of dad’s old work truck. We fell in love with those old classic rock and 90’s country songs, and that’s really what drove us to play our first show in 2008. We had a crowd of about 30 strong, and we were absolutely fired up about performing live by the end of our set. We made a promise to ourselves that night to take it as far as we possibly could.

In the early stages, after a few months of lessons, we spent most of our time gaining experience through “road hours”. We played over 200 shows in our teens, and we learned tons from this hands-on approach. In the last few years, though, we’ve been working with some amazing coaches and mentors that have really helped us take our musicianship, stage performances, and songwriting to the next level.

Growing up we listened to a lot of Bob Seger, Bruce Springsteen, as well as Tim McGraw. We really fell in love with honest storytelling. That same grit and heart can now be heard in the songs we write. Recently we’ve also really drawn inspiration from artists such as Dierks Bentley and HARDY.

We often say it’s modern Canadian country with gritty blood harmonies. We’ve been performing and working together since we were kids so the bond we have is pretty unique. This shines through in our songs as well – from our lyrics to our sound, it’s always raw and honest.

Right now we’re really digging our newest song “Wild One.” It’s got so much energy and a melody you can’t help but sing along to. Our fans are really having a good time with this one and it’s so much fun to play live!

We’re known for high-energy, dynamic live shows. For us it’s all about telling candid stories and really connecting with our audience through those experiences. We also love meeting fans after the show and personally thanking them for sharing these moments with us.

We’re on all of the major streaming platforms, but you can also check out our YouTube channel for lyric videos and live acoustic performances of our songs. Make sure to like and follow to stay up to date!