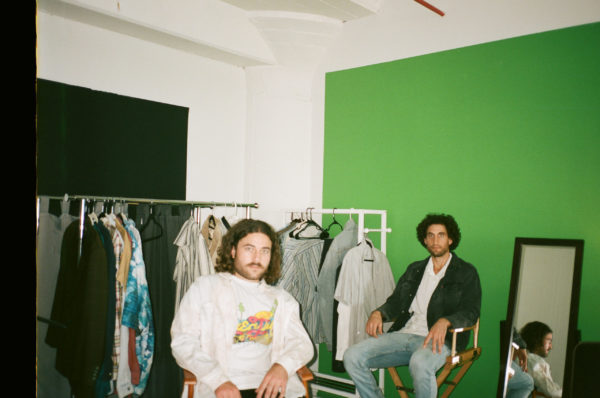 “The Lagoons are the DIY musical project of Southern California-raised, jazz-trained, multi-instrumentalist brothers Ryan and Joey Selan. The duo writes, produces, and records their music out of their home studio. They released their debut album Midnight Afternoon in 2020, notching millions of streams alongside praise from fans and critics alike. It came on the heels of years of tastemaker support that found them featured everywhere from Ones To Watch to Paste Magazine’s studio sessions, all the while topping 50 million streams on their breakout single “California.”

On the live circuit, The Lagoons have sold out multiple headline tours with stops everywhere from Los Angeles to New York, supported by a range of artists including Tim Atlas and Future Generations. With the recent release of “Snowy Mountain,” subsequent release of “Daybreak,” and plans for more singles throughout 2021, The Lagoons have a prolific year in store.”

When did you know you wanted to be a musician?
Music has always been around in our household growing up. From an early age, we were drawn to playing instruments. Ryan began playing trumpet in his middle school’s concert band when he was 12 and I was inspired to start playing saxophone in elementary school. We had a piano in our childhood home growing up and in high school I started messing around with different chord progressions and melodies while Ryan picked up guitar.  Jamming on our instruments soon became a way for us to bond and spend time together. When we actually started writing some basic song ideas, that’s when we both became passionate about music and the idea of making this a full-time career seemed like something we would actually be able to achieve.

Are you trained? How did you develop your skills?
We’re both jazz trained musicians and have been playing since we were very young. We actually self-taught ourselves piano and guitar but it was helpful to already have a jazz background on trumpet and saxophone.

Who are some of your biggest musical influences? How have they evolved?
We grew up listening to a lot of the music from our parents’ generation. Some of our biggest inluences include Steely Dan, The Beatles, Fleetwood Mac, The Eagles, and Crosby Stills Nash and Young. These bands created the foundation for us. Some other influences that we got into on our own once we got a little older are Daft Punk, Radiohead, and Dave Matthews. We love all types of music and find ourselves drawing influences from all over.

What’s your favourite song in your repertoire to perform live and why?
We love playing “Gems”. It’s amazing to hear our fans sing along to our songs and they always seem to go wild when the sax comes out.