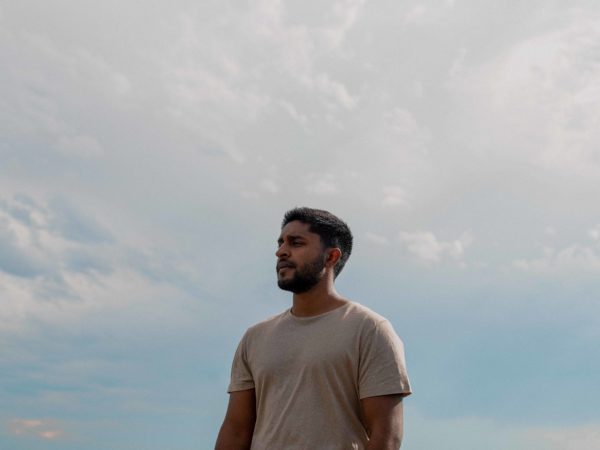 “Rising Edmonton-based R&B-Pop artist Josh Sahunta, released his new single “This Party Sucks” on January 14, 2022 via all streaming platforms. “This Party Sucks” is a playful track that is impossible not to groove along to. Produced by Edgar Vargas (Flo Rida, Trinidad James), the song is laced with dreamy synths, adding a nostalgic twist to its modern punch of pop. Drawing upon his influences of John Mayer, Ed Sheeran and The Weeknd, Josh’s songwriting is packed with deeply rich narratives and cool, contemporary soundscapes. Josh has opened for the likes of Scott Helman and Joey Landreth, and he continues to perform across Canada, the US and Europe. His two latest releases have seen major support from Apple Music and Spotify, having been featured on several editorial playlists such as Spotify’s “New Music Friday Canada”. He has also received support from BBC Radio 1 in the UK, was a Top 10 Finalists of CBC’s 2020 Searchlight, and was recently selected as the winner of the Corus Radio Summer Song competition”.

I always had a feeling growing up that music was going to be a big part of my life in some way, but it was never something that was encouraged by my family. For most of my life, I just treated it like a hobby, and not something that I could ever do full time. It wasn’t until my 4th year of university that I really began to see music as potentially being a viable income source. I was getting really tired of being in school for something I wasn’t passionate about. After graduating, I set out to try and turn music into a real, paying job, and I can thankfully say that those dreams definitely came true over the past 2 years.

I took piano lessons when I was quite young, but I couldn’t really tell you if I even learned anything. I’m pretty much entirely self-taught (or YouTube taught), as I learned everything I know from watching other people do it on the internet. I taught myself guitar to impress a girl in highschool, and then really fell in love with the instrument again in university. I then ended up teaching myself how to produce music, which I now do as a full-time job for a few other artists.

I can confidently say that Ed Sheeran is the single greatest reason that I started writing music. I discovered him well before he was a big name, as I had family in England who put him on my radar quite early on. I was obsessed with his music. I practically studied Ed Sheeran songs. I would rewrite them from different perspectives, I would write additional verses to them, you name it. It was from there that I began to develop my own voice and my own vocabulary for songwriting. Second to Ed, John Mayer was pivotal to my journey as a musician. I went through a really bad bout of depression in university, and I would basically go to school, come straight home and play guitar until I couldn’t keep my eyes open any longer. I did this basically every single day for about a year. I probably learned every single John Mayer song in existence that year (including the guitar solos note for note). That really skyrocketed my interest in the instrument and got me into all of the other influences that I have today.

The best way I could describe my sound is if Ed Sheeran and John Mayer started a band, and they were produced by the same people who produce The Weeknd and Justin Bieber. I write a lot of Ed Sheeran-esque love songs, I write a lot of very story-driven songs like John Mayer does, but my production is often quite in the realm of Top 40 Pop/R&B.

This is like asking someone to pick their favourite child! My favourite song changes quite a lot, but I would say the song that has most consistently been my favourite is “I’d Leave My Happy Home for You”. I wrote this song years ago. It was actually one of the first full songs I’ve ever written. Still to this day though, it’s one that I perform at every single show. I’ve been asked to sing it at more weddings than I can count, I’ve gotten it on the radio internationally, and I’ve gotten it into TV ads as well. It’s a special song that I can’t believe I wrote so early on in my career.

My favourite shows are when I play with my band. I play with some of the best musicians in my city, and there is just so much talent to be heard. At my shows, you’ll hear more classic R&B, you’ll hear acoustic ballads, you’ll hear Pop songs that you won’t be able to get out of your head. You’ll hear guitar solos and drum solos and solos from instruments you didn’t even know could solo. It’s truly a fun experience and I would highly recommend coming to my album release party on May 28th if you live in Edmonton!

My music is available on all streaming platforms! I’ve got music videos on YouTube as well that are definitely worth checking out.