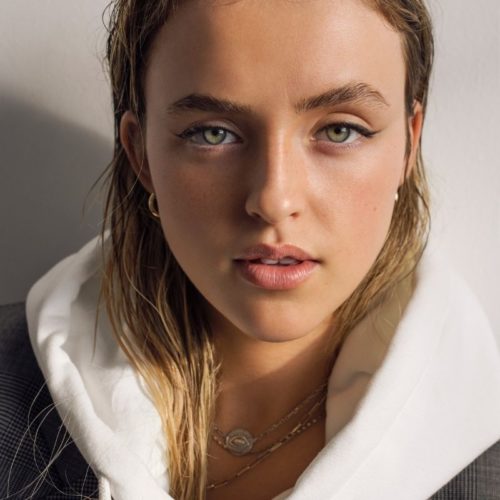 “Breakout Platinum Selling pop artist Alicia Moffet released her new single “Lullaby” on January 14th via The Orchard and all streaming services. “Lullaby” is a sassy track that infuses electro-pop with rich and complex sounds of RnB and soul, while exuding Alicia’s disarming charm. The singer exploded onto the Quebec music scene after winning YTV’s The Next Star and later becoming a semi-finalist on The Voice Quebec by the age of 15. Now at age 23 she has continued to gain popularity since releasing her debut album Billie Ave in 2020. The album garnered over 17 million streams and spawned an army of social media fans. Boasting over 400K followers on Instagram, 72K followers on Facebook, 205.7K followers on TikTok, and 222K subscribers on YouTube, Alicia also earned a Platinum record for her French song “Ciel” with FouKi, and her single “On Your Mind” with Shaun Frank was the #1 song on BPM. In addition, she recently launched her own independent music label Two AM Records”.

As cliche as it sounds, as soon as I knew being a singer was a career , that’s what I wanted to be. I think it was around 5 years old.

I took singing lessons when I was younger, from 8 to 12. Then I stopped and I just recently restarted taking lessons because I think you can never stop improving.

Right now, I think I would say Lewis Capaldi, Adele and Léon.

I think my voice sounds like a mix of jazzy, R&B and pop. I’ve also been told many many times in my life that I have a little bit of a country vibe to my voice!

As of right now my favorite one is “Hard Feelings”. It’s such a powerful song in it’s simplicity – my favorite type of song!

They can expect it to feel like they’ve known me forever. I want people to feel like they are close to me when they come to see my show. I love the proximity I have with my audience on social media and I want to keep that same relationship on stage.

On all streaming platforms!