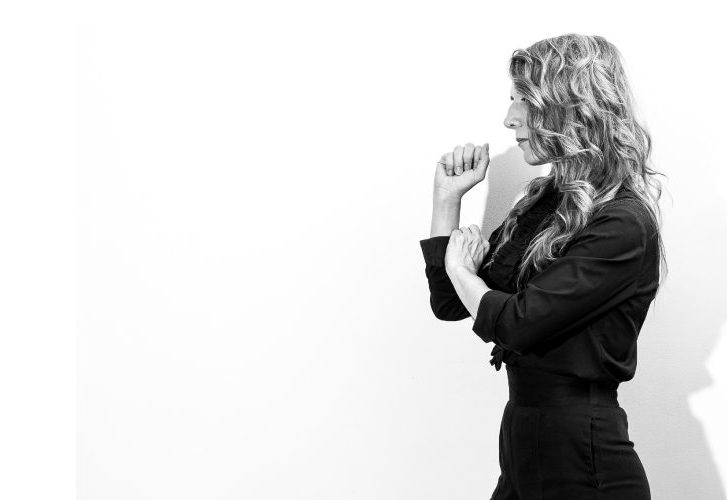 “Toronto-based singer-songwriter Katey Morley has crafted a batch of very fine, slow-cooked and sonically delicious tunes for her fourth EP, Hearts & Heads & Thoughts & Deeds. In it, you will recognize the seriousness of folk, combined with a heavy dose of country earnestness, and delightfully sing-able pop melodies. The EP’s first single – “The Guy Who Breaks Things” – is a dark and twangy account of a well-intentioned mess who accidentally topples everything in his wake. Stream “The Guy Who Breaks Things” on SoundCloud // Spotify + watch the accompanying music video on YouTube now.”

When did you know you wanted to be a musician?
I started singing before I knew how to talk, so it was never a conscious decision to “be” a musician- it just happened. I’ve always been obsessed with music. In high school, I decided to go to university for Music, but I thought it was because I wanted to be a teacher. Turns out, I hated music school, so I guess the big decision to pursue music came the day I decided to leave university and tour Canada with my rock band. My parents handled it better than I was expecting! Thanks Mom and Dad.

Are you trained? How did you develop your skills?
I started singing in a choir at age 5, and just kept singing! I took vocal lessons from Elaine Overholt for about 3 years starting when I was 17, and then went back in my late 20s for a few years. Vocal lessons were the best decision I ever made- I could not recommend it more. Even one lesson changes how you sing, for the better, forever! Music school itself was not a good fit- being a vocalist amongst instrumentalists was very off-putting, and I feel like I learned more about how to speak the language of musicians and be a good band leader many years later when I formed a jazz band, and was playing 2 nights a week for about 7 years straight.

How would you describe your sound?
I like to call it “Canadiana” which is a mix of folk, alt-country, Americana, and pop-rock. It’s really just an amalgamation of all the influences listed above!

It depends on the vibe, the crowd, the venue- every show is different- but generally it’s the newest songs that are the most exciting to play. My song “Afterglow” is one of the newest to the setlist, and it’s got quite a different feel to the other songs, so we’re enjoying that one! It has almost an electronic dance vibe- and it’s very bombastic and groove-oriented, so the crowd usually likes it too!

What can audiences expect from one of your live shows?
The thing I hear the most after a show (and what gives me the greatest pleasure) is how people really connect emotionally with my songs. My songs are deeply personal, but the experiences I am writing about are universal, so many people seem to relate to them. I often get told by people that a certain song made them cry, and that is something special. Obviously, I don’t WANT to make you cry, lol, but if it happens, it means we’ve both been through that experience, and it’s almost like we had a chat about it, together. I think that connection, combined with the pure sonics and genre-fluidity of the repertoire, makes it very engaging for the audience.

And finally, where can we find your music?
Thank you for asking! All my music is streamable and downloadable on all platforms. Or visit my website kateymorleymusic.com.