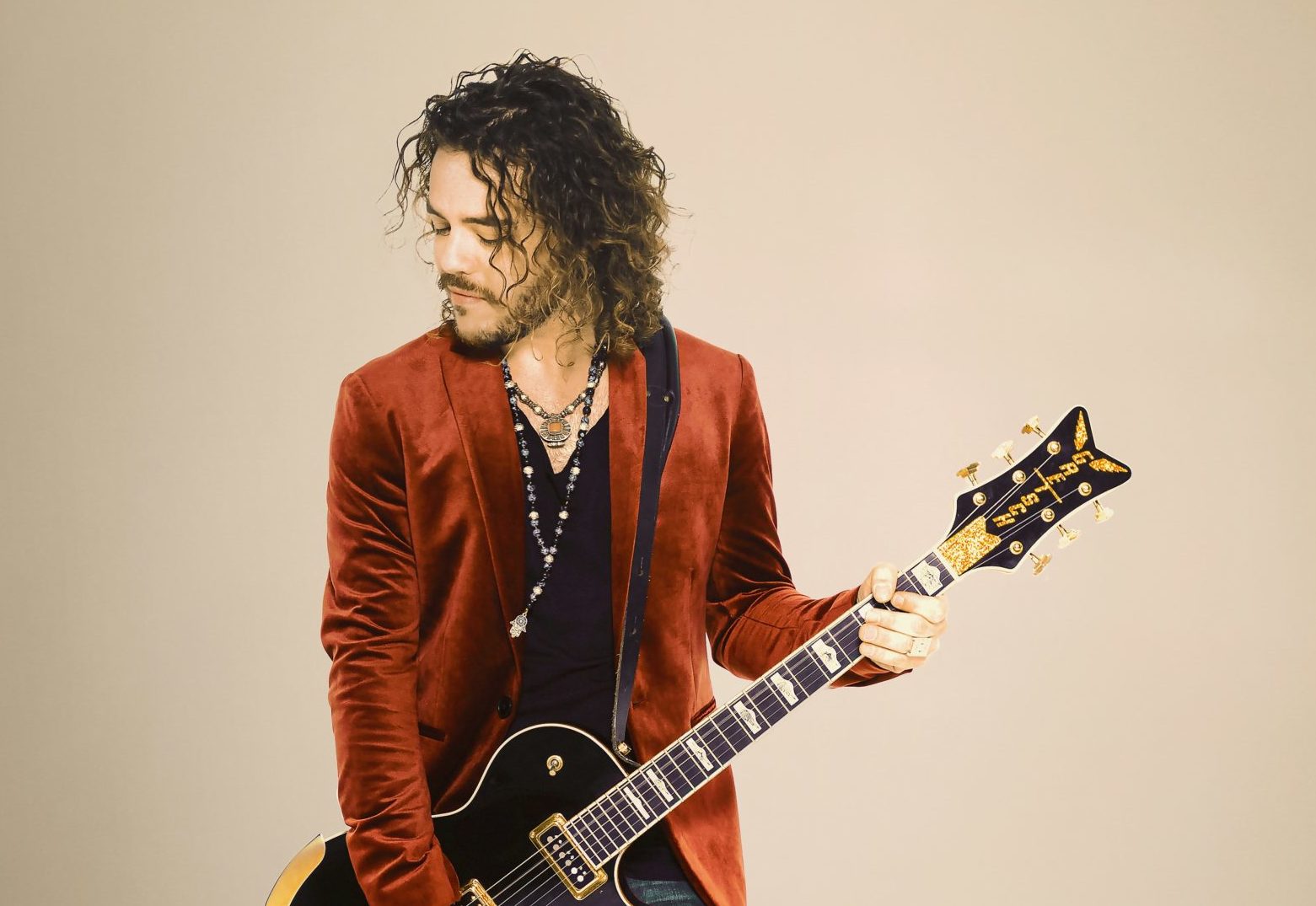 “After years of touring across Canada, the United States and Europe, recognized musician Ricky Paquette recently sold most of his belongings to buy an RV and turned it into a tiny home and full recording studio. The Quebec artist made his way to Nashville to start the songwriting process for his next solo album, a project he put on hold for the last few years while traveling the world on tour. Signing his first record deal at only 12 years old, Ricky has been making waves on the blues and rock scene ever since. He’s played with respected Canadian artists including Angel Forrest, Bruce Cockburn, Downchild, Breen LeBoeuf, Paul Deslauriers and Steve Hill. He has since released two solo albums, opened for international acts such as CCR, Buddy Guy, Frank Marino, Johnny Winter, Babe Ruth and Simple Plan and played for the Canadian troops in Afghanistan. More recently, he’s been touring with Quebec artists Martin Deschamps, Angel Forrest and Travis Cormier. His early blues roots have now grown into unconditional love for Aerosmith and other classic rock influences such as Led Zeppelin, ZZ Top and Foo Fighters. His sound is also greatly inspired by modern country acts including Chris Stapleton and Brothers Osborne. His newest single, Hello, is co-written with Nashville based and longtime friend Trevor Finlay and Steve Mitchell. The track paves the way to a brand new record”

When did you know you wanted to be a musician?
When I was about 9 years old. It kind of happened overnight!… I always loved music. But there was one particular night, in my parents backyard we had some people over for a party and one of my friend’s dad Denis Croteau brought his guitar and played music all night… I was hypnotized, and couldn’t stop watching and listening to him play and sing…. the next morning, I knew that’s what I wanted to do. So I asked my parents if I could take guitar lessons. From that point on, I never stopped!

Are you a trained musician? How did you develop your skills?
I did take some lessons. Guitar and vocals. I started with basic guitar lessons. My teacher Vincent Boudreau instantly saw I was serious about it. I practiced really hard… Acoustic guitar, and then electric guitar. I winded up doing classical training at the Canadian conservatory of music in Hull with Patrick Roux. I did that for about 3 years. I never stopped playing electric guitar and was already gigging quite a lot. At 13 I got a record deal and things got a little too busy to pursue classical training + high school and touring etc… so I decided to focus on rocking out! I loved playing with my band and I didn’t want to let anything get in the way of that!

Who are some of your biggest musical influences?
As a guitar player, the first one was Stevie Ray Vaughn. Then my uncle bought me a Jimi Hendrix record… I dont think I have to say how much I listened to those 2…. I eventually discovered there were other greats out there! hahaha.  Jimmy page… Jeff Beck… Joe Perry,  Brad Whitford. Those guys are my main influences for sure. When I got more interested in singing, different styles of music started to interest me! But  Steven Tyler is on top of the list. Robert Plant. Ian Gillan, Ray Charles. Some other more recent influences are people like Chris Stapleton, Marcus King, Jay Buchanan from the Rival sons.

How would you describe your sound?
I like to think that my sound is in constant evolution. These days, I listen to a bunch of newer music, way different than most of my main influences I just mentioned. I like to mix elements of all the classics, with modern production and approaches. I also try and do it without thinking too much about it.  I dont know if I could say that I have a rock or pop or country or blues “sound” with the variety of sub-genres we have today it’s starting to be a little difficult to describe what I sound like.

What’s your favourite tune in your repertoire and why?
It really depends on the mood. I rarely play a song the same way twice, and I like to adapt things to the moment thats happening. I normally leave a lot of room to improvise and feel the moment. So it constantly changes. That being said, some of the newer stuff I’m writing might changed that since i’m feeling more and more attached to the lyrics I write and contrary to the music, the lyrics won’t change night after night.

What can audiences expect from one of your live shows?
Raw passion and high energy. And when I say high energy, it’s not about fast tempos and dancing songs, it’s more about intensity, wether it is a ballad or a rocking tune, I like to put everything I’ve got into it. Even in softer songs, I like to have dynamics and sensitivity but i’m definitely not a delicate performer.

Where can we find your music?
You can find my single “Hello” on pretty much all of the online services. On Youtube you can find a bunch of live performances, there’s a lot of videos and music with a few differents artists I play with as well!