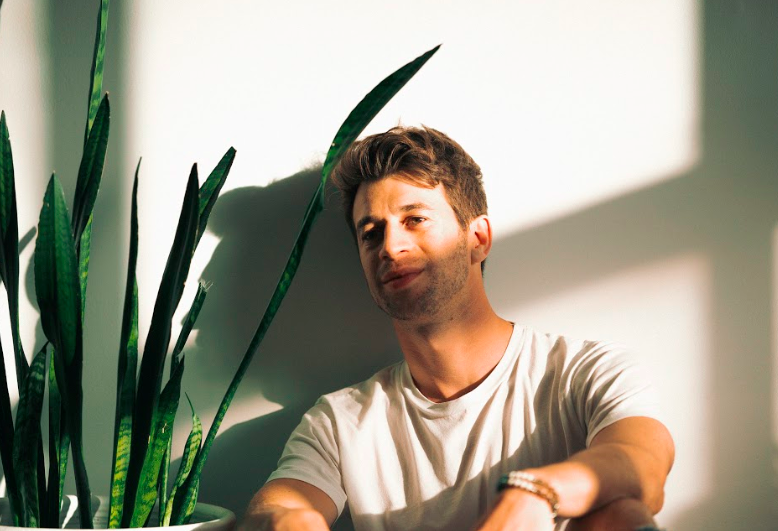 “Somewhere between the styling of Lauv’s production, John Mayer’s penmanship and Julia Michael’s delivery lies Mike Ruby. Mike released his debut EP you wrote these songs in the summer of 2020. This album walks the line of pop culture with deeply rooted musicality and an honest voice that cuts through the noise. Mike’s single, “Burn Again,” is an upbeat electro-pop track with melodic vocals about an ex you can’t get over, and wondering if you two could ever rekindle. The video is a non-literal depiction of the story.”

When did you know you wanted to be a musician?
I was 12 years old, picked up a saxophone for the first time and it came naturally. I was obsessed from that point on.

Are you trained? How did you develop your skills?
I am trained in jazz, yes. I have both an undergraduate and masters degree in music, specifically jazz performance, from the Manhattan School of Music in New York City. I  developed those skills from a young age by transcribing hundreds of solos by guys like John Coltrane, then learned a lot more about the jazz language in school. I’d say I learned the most when I was jamming with other musicians in New York though, and subsequently going on tour with them. In the songwriting world, I would say I learned the most from cowriting with other writers. I’ve probably written around one thousand songs and a lot of those have been co writes.

Who are some of your biggest musical influences?
I’d say dating back to my jazz days, the first two were Charlie Parker and John Coltrane. From there it went to contemporary jazz to guys like Brad Mehldau and Robert Glasper, and then when I picked up a guitar, John Mayer became the next focus. Now I draw inspiration from every song I hear, whether it’s Drake, Lauv, Billie, Chance, I’m super inspired by the pop music that is coming out today.

How would you describe your sound?
Somewhere in between singer/songwriter, pop, and R&B. The singer songwriter sound is what my first few hundred songs sounded like. Then I transitioned into pop naturally just by getting to the point of the song faster and stripping out unnecessary lyrics. Now I find myself going back towards my roots in blues/R&B/jazz, so my first album sounds a little different than my first EP.

What’s your favourite tune in your repertoire and why?
“Don’t Want You Back”. It’s always felt so good to play. Everyone gets it too, and I think really connecting with an audience is my favorite part of being on stage. It’s about an ex that’s trying to get back with you who never treated you right in the first place, and you’re finally over it. We’ve all been there, and we’ve all had those 2am calls come in too.

What can audiences expect from one of your live shows?
You’re gonna have fun. My shows are pretty high energy, lots of up songs that you can get down to, and lots of musical moments. You should also look out for a sax solo, and don’t be scared if you find yourself standing next to me in the crowd with the horn.

Where can we find your music?
If you listen to music on an app, you’ll find me there by looking up my name, Mike Ruby. Depending on your age some of you may use FB, Twitter, Insta, or tiktok. You can find me on all of them @mikerubymusic