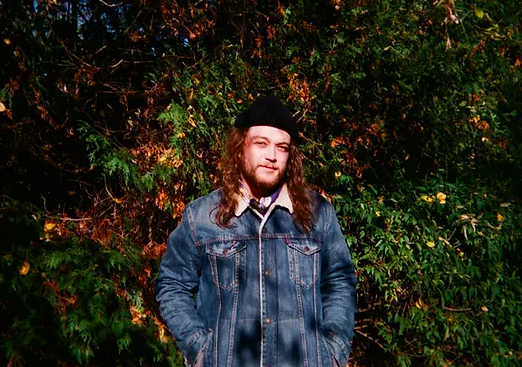 “Scott Goodwin is a multidisciplinary artist and producer born and raised in Toronto, Canada. Having developed a reputation as a blues rock mainstay at historic Toronto venues like Horseshoe Tavern and the Drake Hotel, Goodwin plans to supersede his reputation and introduce fans to another side of himself – the experimental, late-night-tinkering producer. On his new album, Valentine, the lack of genre confines allow for new fusions to take shape with every song. The result is a brooding, lovelorn collection of songs that put up a magnifying glass to the mind of the young upstart. He is equally deft at capturing both the hopefulness of new love, and the whiskey glass-on-the-dash abandon of love lost”.

When did you know you wanted to be a musician?
I think subconsciously it started when I was really young. While no one in my family is a musician, I grew up with a lot of music playing around my house and in the car. Once I discovered music videos on MuchOnDemand as a kid, or live concerts on Youtube, it really clicked for me how much I loved it. I had a slow start getting into playing instruments in high school but I had some good friends who were musicians and I wanted to be involved. I was always taking photos for my friends in emo rock bands or making hip hop beats for my friends who would rap.

Are you trained? How did you develop your skills?
I would say that I am self-taught because I have never had any formal training for anything I do creatively but I’ve had a couple guitar lessons and a lot of help from friends along the way. My skills developed from hours of research, practice, and experimentation. This album, Valentine, was my first stab at playing every instrument, recording, and mixing everything myself. I’m super proud of how it turned out. I am constantly trying to learn more and I always appreciate any help that I can get.

Who are some of your biggest musical influences?
I am often most inspired by the talented musicians I can call my friends. I feel it may be because I can see first hand what goes into it. I think if I had to narrow down to the top three musicians/bands who were most influential to me growing up it would be Alexisonfire, Stevie Ray Vaughn, and John Mayer. AOF really brings an energy and an attitude that gets me fired up every time I listen to them. Vaughn’s playing is out of this world and I just really love his vocals – his music introduced me to the blues world and helped me to realize that’s where my voice could fit in. Mayer showed me how you can mix genres and make blues-rock accessible to the public. That all being said, I try to draw inspiration from all types of music and I listen to everything from jazz to hip hop to rock on a regular basis.

How would you describe your sound?
Groovy. I like to write and record in many different styles but I I think I have a unique sound based in blues-rock. I definitely have a notable voice and I like to think I’m at the point in my guitar playing where it is also recognizable. I have really spent a great deal of time crafting my own sound.  This album is hard to describe as each song embodies a different genre. I wrote, played every part, and mixed the whole record on my own so it still sounds like me and feels cohesive. I wanted to keep this record simple but experiment sonically and see what side of my music people are most interested in.

What’s your favourite tune in your repertoire and why?
My favourite song in my repertoire is usually the most recent one I’ve finished writing. I go through a love/hate relationship with most of my songs. I’m grateful to be able to write at all but after hearing a song thousands of times throughout the writing, recording, and mixing process it is easy to get a little tired of it. If I leave it for a bit and come back to love it again that is how I know it’ll stand the test of time. It’s hard to pick a favourite- I like different songs for different reasons. On this record, I think “Dirty” is the most fun and catchy, “Fake Lips” brings a raw attitude, and “Step Ahead” has my favourite lyrics. Because every song is so different I don’t know if anyone will like the whole record but they’ll definitely love one of them.

What can audiences expect from one of your live shows?
They can expect a dynamic rock n roll show. I like to play loud and I like to groove out on stage – it’s where I feel the most comfortable. I love jamming with a full band and you can expect a solo from each member. We like to improvise and adapt the songs to showcase the skills of each musician on stage. I have been writing and recording a ton on my on so I’m excited to get my band together and experiment with playing these songs live.

Where can we find your music?
You can find it on all streaming platforms. Or by going to neilscottgoodwin.com