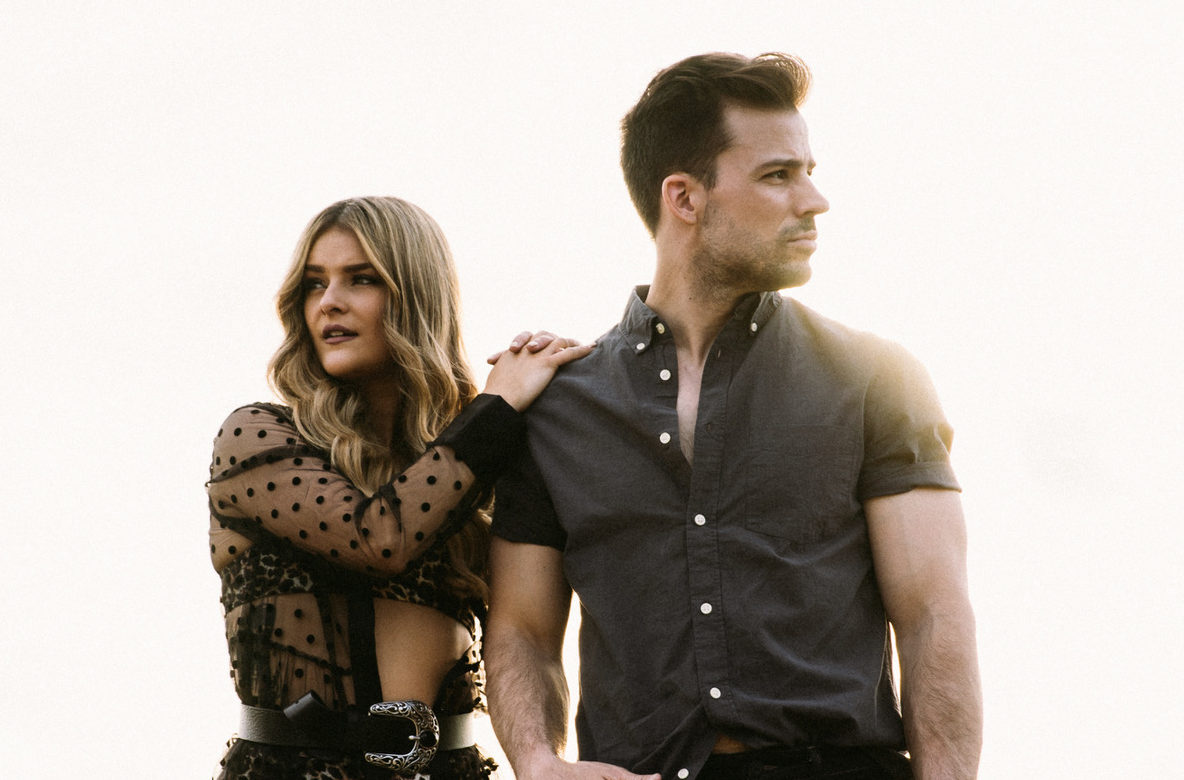 “Five Roses came to be thanks to a chance encounter at a barbershop where Jade worked as a hairdresser and Zack had an appointment. As he sat on her chair getting coiffed, the usual salon small talk soon became something promising when they discovered they shared a passion for country music and Zack acknowledged that he wanted to start a duo project. After hearing her sing for the first time, he knew he’d found the voice he was looking for. It only took one jam session to know that there was instant chemistry that translated into a summer of songwriting. Meeting Montreal’s talented producing and songwriting duo The Lost Boys has also been a starting and defining moment to begin recording original music. They released their first single “Baby You Can Drive”in 2018 before playing a jam packed showcase at Canadian Music Week. The duo played several Country Music festivals over the summer and shared the stage with country stars such as Brett Kissel, Meghan Patrick and Dan Davidson.  The band was also invited to appear at the prestigious Songwriter Series for the 2018 Canadian Country Music Awards week alongside top 5 Canadian Country hitmakers The Reklaws and Aaron Goodvin.  Their debut EP was released in August of that same year. Inspired by acts such as Lady Antebellum and Little Big Town, their songs were soon added to the hottest playlists and have now gained close to 500 000 streams on Spotify”.

When did you know you wanted to be a musician?
It is kind of always been in us without knowing. Since we were little kids singing in the shower!

Jade: I remember singing to the Backstreet Boys and dancing in the kitchen when I was like 4. I remember watching outdoor concerts with my parents and wishing I was the one on stage.

Zack: I asked my parents for a guitar when I was 13 and my dad bought me a starter guitar to see how I’d like it. I was into punk rock and rock n’ roll a whole bunch back then. I joined my first band when I was 15, wanting to be the front man. The rest is history!

Are you a trained musician? How did you develop your skills?
Jade: I am a singer working on learning an instrument haha! But yeah I took classic singing classes from the age of 6 till around 18 in the summers. The vocal techniques and breathing techniques were absolutely genius but I felt like it was maybe too ‘’technical’’ and I’ve always loved to put my heart and emotions out there, as it makes me feel the song 100%, so I quit classical singing. But I am very grateful for what it brought me.

Zack: I tried once, but I just couldn’t sit still long enough to make it through more classes! Too much warming up for singing classes, too many drills and scales to learn on guitar. I always just wanted to get out there and hit a stage! But come to think of it, I probably should revisit some of those things, it just makes you a better all around musician! When I have more time one day, I’ll definitely try to master Neon by John Mayer

Who are some of your biggest musical influences?
There are a lot of names out there that we admire. We both love ‘’Lady Antebellum’’ and ‘’Little big town’’. We also enjoy some new country bands like as ‘’ Dan+Shay’’ but we also love ‘’Luke Combs’’ and ‘’Chris Stapleton’’.

How would you describe your sound?
It is very new country. We are equal parts country, rock and pop. Our songs range from a slow ballad to a honky tonk party anthem.

What’s your favorite tune in your repertoire and why?
Jade: My favorite tune is probably ‘’Roadside BBQ’’ cause I really love a party anthem where everybody can sing along and it is a real ‘’feel good’’ song in my opinion! People tend to party and have fun while we play that song for them.

Zack: I concur with everything just said! Roadside BBQ for the win!

What can audiences expect from one of your live shows?
Feeling good! We created a setlist to make people happy as much as possible! We want to make them dance, have a good time and be in the moment all together, like a bunch of friends getting together to party!

Where can we find your music?
Our music is on every music platform such as Spotify and Apple music. We got some videos on our youtube channel as well, and for updates on shows and other stuff, check us out on Instagram and Facebook!