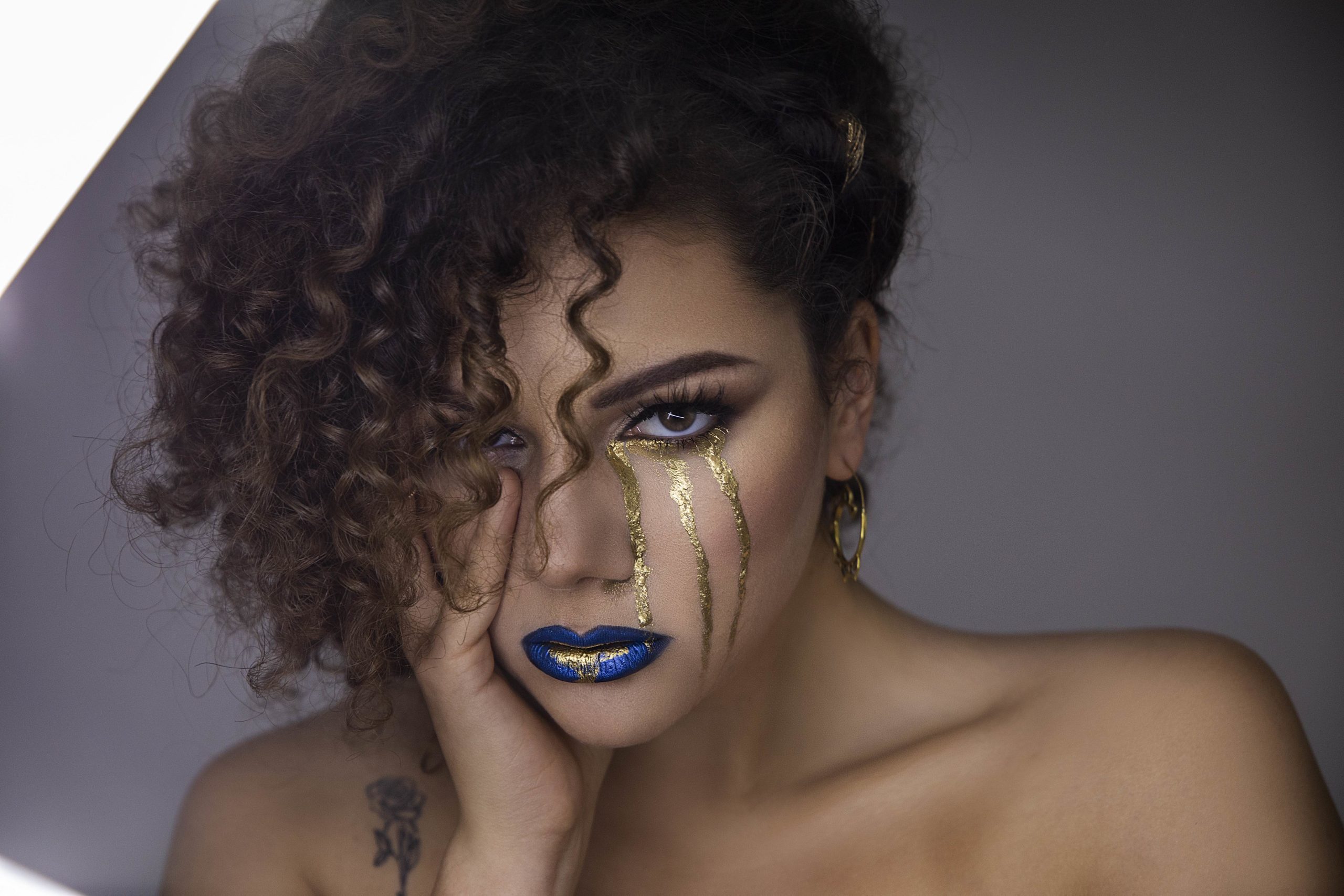 “RIELL is an internationally touring and Top 40 charting dance pop artist, songwriter, and topliner from Canada (Edmonton, AB). She shares her obsession with raw experience and adventures from around the globe, creating an innovative mix with comparisons to artists like Halsey and Anne-Marie. This October, RIELL will release her 7-track debut album, PARADISE. Produced by Robbie Townsend, Biometrix and featuring M.I.M.E., the album revolves around themes of self-exploration, an obsession with hardship and the impact of perspective on reality. A highly sought after topliner and vocalist in the EDM scene, RIELL is currently working with popular EDM producers such as Egzod, Besomorph, and Unknown Brain (1.5 million monthly listeners). In the past year, her feature work has accumulated over 25+ million streams, 75+ million views, landed spots on prominent Spotify curated playlists, and been supported by prominent DJ’s such as The Chainsmokers and Martin Garrix. RIELL has charted over 100 times across North America, South America, Europe, Asia, and Africa with her top track hitting #1 in Taiwan on the Electronic charts for her collaboration, ‘Take It’, with Unknown Brain and ThatBehavior. RIELL’s new single ‘First’ is available now on Spotify, Apple Music/iTunes, and other digital retailers and streaming services. For more information, please visit: iamriell.com”

When did you know you wanted to be a musician?
I was put into music lessons from the age of 3 or 4 but the first memory I have of wanting it to be a career was sometime in elementary school. There was an ad on the radio for a music program in order to be an actor and a singer as a career and I called them and signed myself up for this program at the age of 7 or 8 and then told my parents afterwards that’s what I did. They were mad obviously because I wanted them to pay for it since I didn’t have money at that age and wanted them to drive me there and everything else, but I remember wanting it enough to call them myself and sign up by myself.

Are you trained? How did you develop your skills?
Yes, I started out in classical piano and took voice, guitar, drum, and music theory lessons along the way. I eventually went to University for music and just graduated with a Bachelor of Music. I still currently take voice lessons from a private coach. Writing, vocal producing, and vocal mixing I just learned on my own through practice and youtube videos and is something I’m still currently working on just through practice and online resources.

Who are some of your biggest musical influences?
Anne Marie for live performance is someone I looked to to learn about emoting. Halsey is someone I admire creatively and lyrically. Au/Ra and Aviva are 2 artists I look to for how they carved out a place for themselves as solo artists in the EDM scene.

How would you describe your sound?
I would say my sound mostly falls under dance pop. It’s a range from EDM to pure pop but always with a more dark vibe to it and always electronic more than organic. My solo stuff is of course more pop than my EDM collabs but I always prefer electronic, weird sounds to organic, band-like sounds.

What’s your favourite tune in your repertoire and why?
Usually my favorite song is whichever one I’m in the process of writing. As soon as a song comes out, there’s nothing I can really do for it creatively because I make all my visuals before the music comes out. So once it’s out I’m a bit detached because there’s nothing more for me to do for it artistically at this point in my career unless a song happens to do significantly better than expected. So right now my favorite track is a song that will be on my second album called Poison.

What can audiences expect from one of your live shows?
They can expect a lot of stories. I really like delving into songs and going a bit behind the scenes and opening up about what a song was truly written about more in live shows than I do anywhere else. All my shows have been quite intimate so far so it really becomes a conversation between the audience and myself and by the end definitely feels like a room of pals even though we started as strangers.

Where can we find your music?
My music can be found anywhere you listen. My Youtube channel (RIELL) is where you can find the most content because there are some songs I post there that I don’t post anywhere else, like acoustic versions of my collabs. After Youtube, I’d say Spotify.