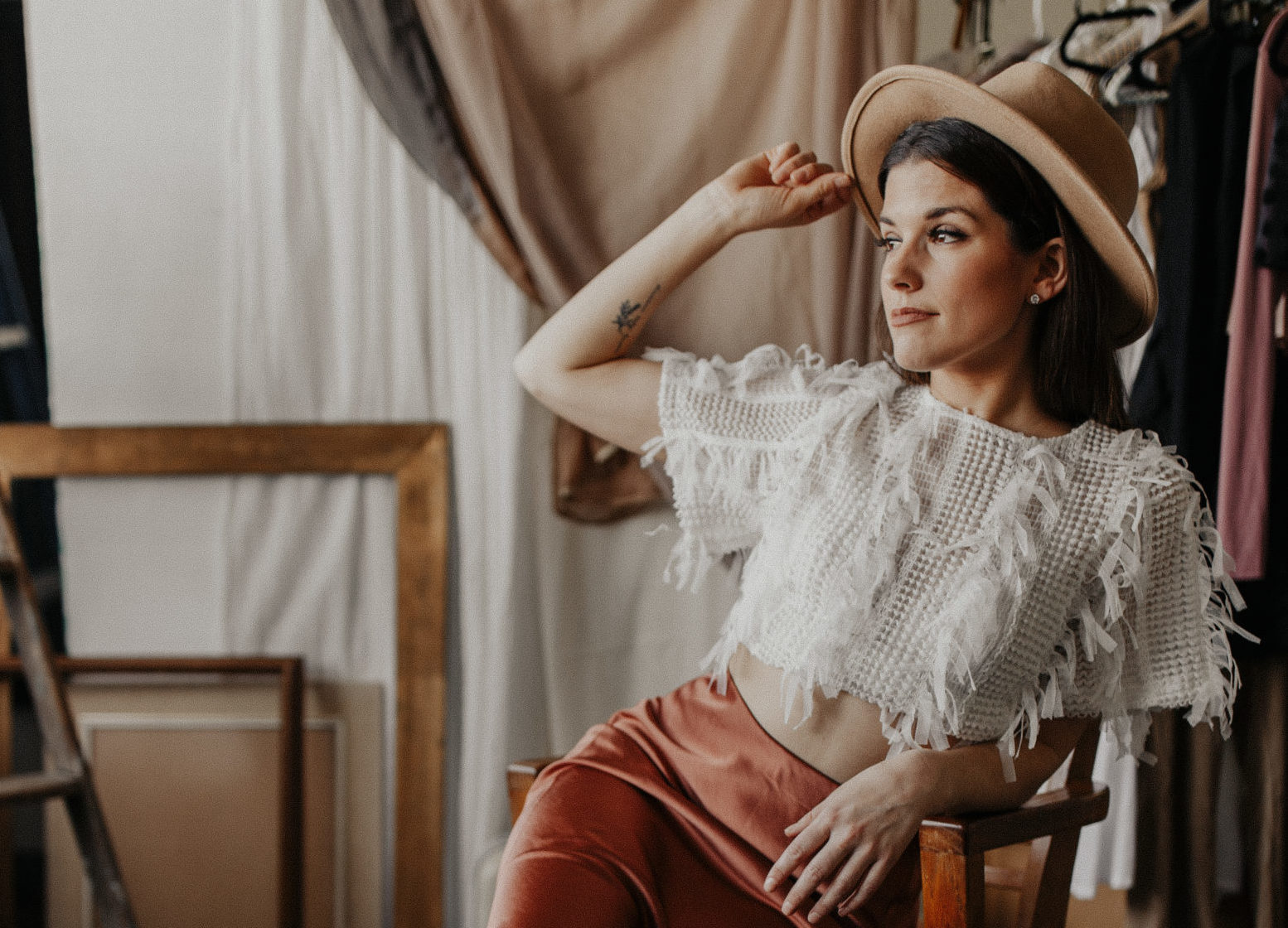 “From Beaconsfield QC, Brittany Kennell packed her bags over 10 years ago to complete her studies at Berklee College of Music in Boston and then spent 8 years in the writing streets of Nashville. She became the first and only Canadian to be on NBC The Voice when country superstar Blake Shelton pushed his button to her rendition of Sheryl Crow’s “Strong Enough”. She made it to the knockout round singing Shania Twain’s “You’re Still the One” with Miley Cyrus as her mentor. Brittany has been featured in Rolling Stone, Pat Monahan’s “Train Tracks” on Sirius XM and American Songwriter. She has sung for the Montreal Canadiens, Grand Prix F1 and MLS Montreal Impacts and has written and played with some of Nashville’s finest; Maren Morris, Natalie Hemby, Hailey Whitters, Tenille Townes, Carly Pearce, Jillian Jacqueline, The Reklaws, Aubrie Sellers, Charlie Worsham. In a modern country sound inspired by Kacey Musgraves and Miranda Lambert mixed with some roots and rock influences such as Bonnie Raitt, Joni Mitchell and Sheryl Crow, Brittany is working on an EP to be released in the next few months. ”

When did you know you wanted to be a musician?
I started writing songs and playing music at 7 years old, however I didn’t really know it could be a career for me until I was in CEGEP.

Are you a trained musician? How did you develop your skills?
I am! Actually, I was a terrible singer growing up but I loved it so much, to this day, I still work hard on vocal training. I started with piano lessons, studying classical, taking exams with the Montreal Royal Conservatory which I then added on vocal and guitar lessons, separately  After CEGEP, I went and graduated with a major in songwriting from Berklee College of Music in Boston, MA.

Who are some of your biggest musical influences?
I grew up on a lot of classical rock and country music. My #1 is and will always be The Boss, Bruce Springsteen.

How would you describe your sound?
My sound is constantly evolving as I’m really trying to stay true to my roots, amidst trying to create something unique in a world where there’s so much amazing music.  I would say I walk a fine line of vintage, country, rock and a little pop.

What’s your favourite tune in your repertoire and why?
It’s a tough call because anytime I write a new song I get really excited about it. However, I think “Speed Queen” (aka the laundromat song) is my favorite because it really takes me back to a place. Back to the girl that moved to Nashville with nothing but a dream.

What can audiences expect from one of your live shows?
Raw and real. I want to tell stories that I’ve lived through and that they can relate to. I want them to feel connected while feeling in a safe place to let loose, have fun and enjoy live music.

Where can we find your music?
I am pretty much all over the internet haha Spotify, Apple, Youtube, Instagram – all of the above! And maybe Tik Tok soon…