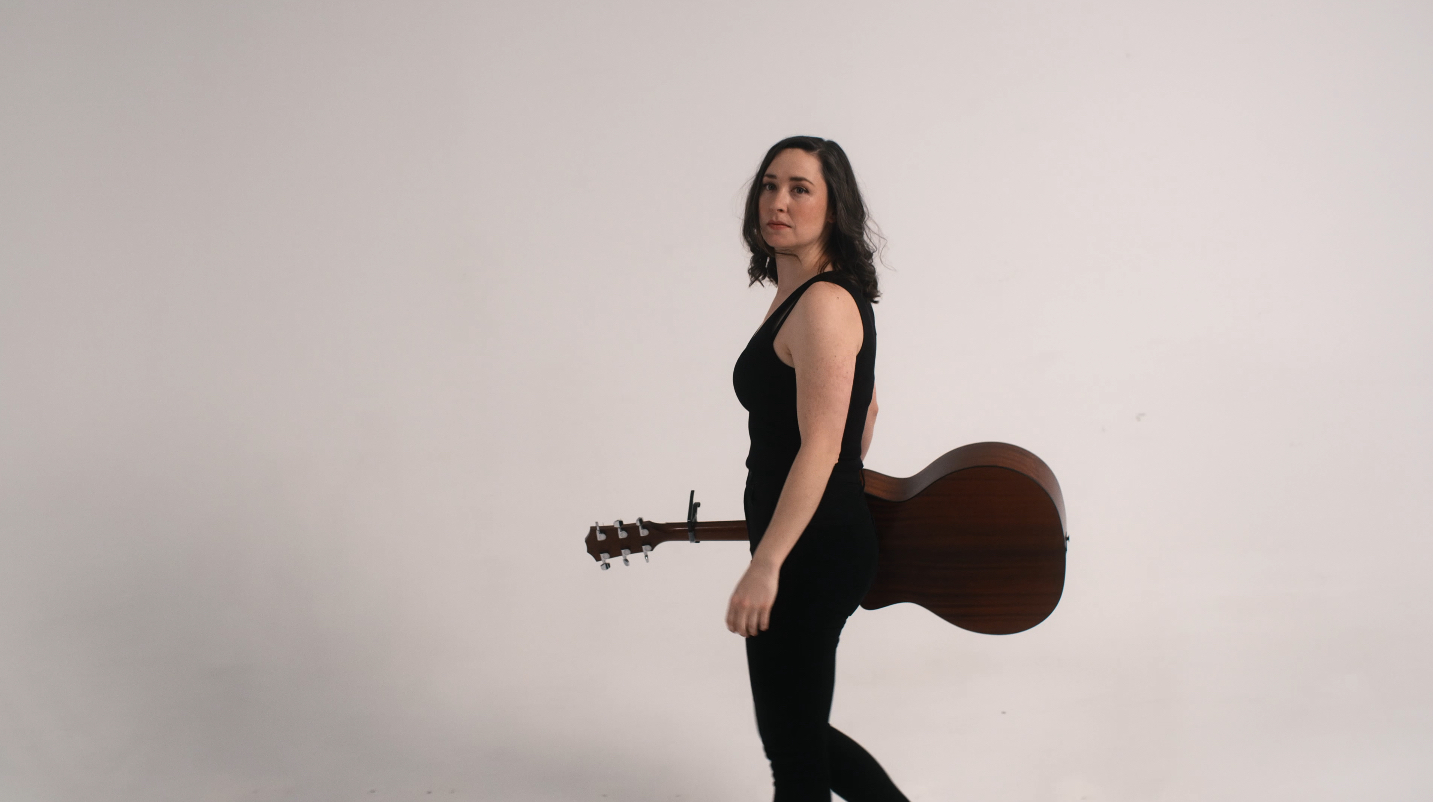 “A Vancouver Islander at heart, now a Toronto dwelling folk/roots singer songwriter, Claire effortlessly pulls her audience into her personal world of love and life experiences, but always with a touch of her “wicked sense of humour” (Rik Emmett, Triumph). Influenced by folk/rock artists growing up and a degree in Contemporary Music performance, she blends her own style of intricate guitar playing and jazz influenced melodies, progressions and arrangements.  An OAC songwriting nominee, she’ll have concert goers bobbing their heads one minute, and silence the room with a tender rendition the next. With the vocal power of Susan Tedeschi paired with the velvety softness of Eva Cassidy, she brings her warm, approachable west coast charm to the stage and a graceful contemporary feel to indie folk music. Known for her ability to “transport her listeners to another world” her pure, clear voice, passionate performances and skilfully crafted songs paired with a personable performance approach win over audiences, time and time again. She also has a talent for mimicry and may whip out a voice impression or two…”

When did you know you wanted to be a musician?
In high school, I was very athletic and played a lot of sports, but I also loved playing guitar and singing…during grade 11 and 12 of high school, I got into my school’s rhythm and blues band which often toured and performed at music festivals all around the island and on mainland BC. I loved sports and all, but I remember being in class, constantly checking the clock and being excited for the day to finish so i could go hang out in the band room with a bunch of my friends in rehearsal, harmonizing and making music – that was the most exciting thing for me. And that was just rehearsals! It brings a certain feeling of fun and freedom and joy that I just cannot express in words. Singing, writing, and collaborating with other musicians either live or in studio is my happy place.

Are you trained? How did you develop your skills?
I took 1 year of a 2 year jazz diploma at the Conservatory of Music in Victoria, before my vocal coach encouraged me to set my sights on bigger programs such as Humber College in Toronto, which offered a Contemporary Music Performance degree. That spring, I sent in my audition video and got in for the following fall. Humber was an incredibly well rounded program, offering song writing, audio production/recording, aesthetics of recorded sound, arranging, music marketing and many other classes in conjunction with jazz theory/ear training, so it was a thorough education in modern music, you could say! From there, I took my 4th year recording project (a 3 song EP), got some airplay with it on CBC and decided to keep running with it!  I’ve been touring Canada since 2017, and performing constantly around Ontario/Toronto, solo and with a band. I released another EP in 2018 that reached #3 in the folk/roots/blues charts with earshot! as well as my newest single, which was released this year, and I’m in early pre production for a full length record.

How would you describe your sound?
With the vocal power of Susan Tedeschi paired with the velvety softness of Eva Cassidy, Claire brings a graceful contemporary feel to indie folk music. Intertwining elements of intricate finger picking, jazz influenced chords paired with folk/Americana writing stylistics, she brings listeners stories of life and love, always with a sense of humour.

What’s your favourite tune in your repertoire and why?
Probably “Fallen”, which is one of my first songs, so a few years old at this point, but it has a cool bassy/bluesy riff that never gets old to play, and people seem to love it!  I don’t play it often, because it’s in quite a low drop tuning, but maybe I should more…

What can audiences expect from one of your live shows?
People can expect powerful vocals with great tone and intonation. I put on dynamic performances (that’s a big thing i learned at Humber, using volume/feel dynamics to help express the intentions of the songs you’re performing, the ebb and flow of the arrangement, etc) that aim to take my listeners on a journey with me, perhaps they can use an escape. I love when I can sink into a song at a live show, and I try to do this during my performances. I’m naturally a goofball, too, so I’ll probably do some sort of accent or a cartoon character or something during my set…It can’t all be heavy, can it?!

Where can we find your music?
Spotify and Bandcamp.