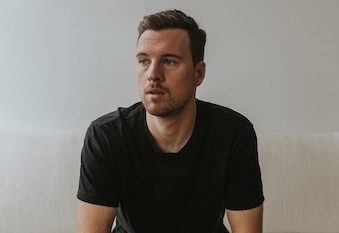 When did you know you wanted to be a musician?
I was a late bloomer. When I was in university, my buddy had mentioned that he was going to take guitar lessons. It was something I was interested in as well, so I mentioned it to my mother. That Christmas, Santa got me some lessons. I went through a period of learning and playing other people’s songs and started playing at an open mic at the campus pub with friends. It wasn’t until I took a stab at writing my own stuff that I got hooked. Once I got a taste of creating original material, I was all in.

Are you trained? How did you develop your skills?
I took some basic guitar lessons when I was first starting out as I had mentioned earlier but nothing much beyond that. I spent most of my time working on and developing my songwriting skills because that is what I’m most interested in. I’ve read several books on songwriting but two that I think are invaluable are “The Songwriter’s Idea Book” and “Successful Lyric Writing” by Sheila Davis. I would recommend these books to anyone who wants to improve their lyric writing. I took an online course with a professional songwriter and learned some different writing techniques that I have since applied and have also taken part in several songwriting workshops over the years. Aside from that, it just comes down to putting the hours in. I try to read and write as much as possible and I think that’s what has helped me develop the most.

Who are some of your biggest musical influences?
Hayes Carll, Brandy Clark, Shel Silverstein, Charles Bukowski, Randy Newman are just a few. I’m mainly influenced by writers because I’m drawn more toward the lyrical aspect of songs rather than the sonics.

How would you describe your sound?
My music would be labelled as “Americana” these days, but it’s largely influenced by classic country. I’m a sucker for witty lyrics like those of Shel Silverstein, who’s written songs for the likes of Johnny Cash and Bobby Bare, and that lyrical style is what I’ve been striving for in my writing. I always start with a title that intrigues me. Once that’s established I start workshopping different angles to approach the title and then I’ll create an outline. Once the skeleton is formed I start putting flesh on the bones so to speak by writing one line at a time. This stage of my writing process is a little chaotic but I find that the outline serves as a limitation which forces me to be creative yet intentional.

What’s your favourite tune in your repertoire and why?
I would say my newest song, “Half of Everything.” It’s a witty classic country narrative that showcases the absurdity of splitting things 50/50 in divorce. The song represents a comical side of my personality which is not evident in any of my previous work and I hope it will make people laugh, or giggle at the very least.

What can audiences expect from one of your live shows?
You could expect a thought out show that hopefully takes you on an emotional rollercoaster ride. I’ll share stories and songs that range from sentimental to comical. My goal is to always try and create an experience for people. I want them to leave feeling or thinking differently then they had when they arrived.

Where can we find your music?
You can find my music on all of the online music streaming platforms such as Spotify, Apple Music, and Google Play to name a few.