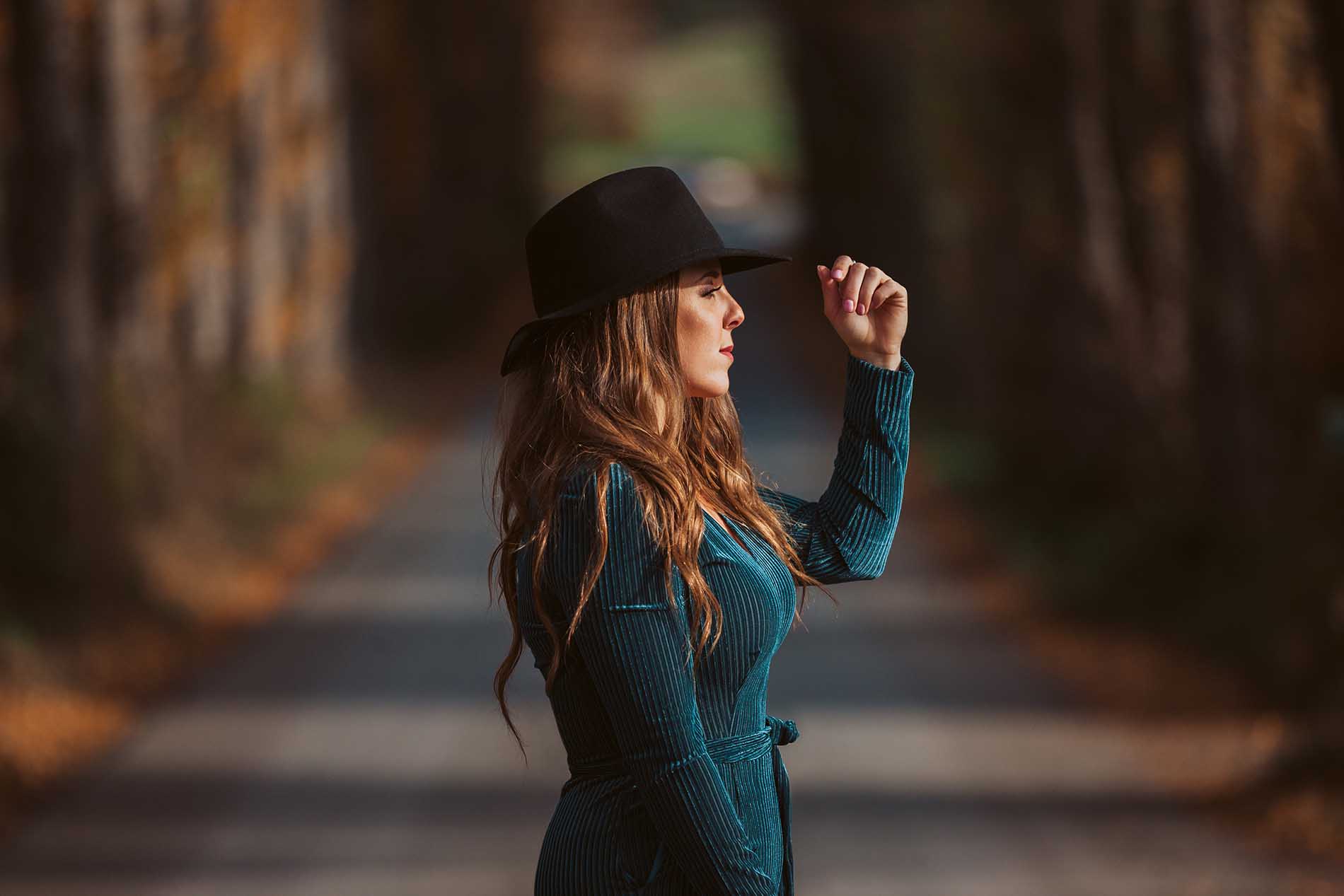 “Originally from the scenic Kootenay town of Castlegar, British Columbia, Lisa Nicole won the 2015 BCCMA/Music BC Artist Development Project, which sent her to Toronto to attend the 10-week Artist Entrepreneur Program at Canada’s Music Incubator and led to her 2016 EP, “Come Find Me” and back-to-back showcases at Canadian Music Week in 2017 and 2018. A chance on-stage performance with Keith Urban at a Nashville pop-up concert inspired Lisa to move to Nashville for an extended songwriting journey in 2018, which resulted in a wealth of new material and brought about an eventual creative partnership with CCMA award-winning producer Jeff Johnson. With her new single “Wait on Me” and 2020 fall album “Where the Wild Hearts Beat”, Lisa Nicole maintains her pristine country ways but has further enhanced them with a modern commercial edge”.

When did you know you wanted to be a musician?
When I was 8 years old singing on my dresser with a hairbrush.. haha – not kidding! I’ve known for a long time. Just the other day I went through my hope chest. My mom kept so much of my school work and art since I was in pre-school. As I was going through my schoolwork I came across these questions from 8 year old Lisa:
Three things I like to do are: Horseback riding, I love singing and being in front of the camera
I’d like to see: Singer in concert, horses and unicorns
I’d like to hear: I’m a good singer
Favorite school subject is: Music
I day dream about: being a singer and being famous
I wish that I could: be a singer
I had to share that because it’s just come so full circle!

Are you trained? How did you develop your skills?
I have had training on and off. The best vocal coach I worked with for a couple years was Judith Rabinovitch in Vancouver. I also went to Selkirk College Contemporary Music and Technology where I got a vocal major in performance and songwriting. The best training is doing it, being on stage, touring and entertaining.

How would you describe your sound?
Country rock with a new pop edge. It still has old school country instruments as part of the sound, but there’s a pop sound to go with it now. Since I’ve lived in Nashville and sang more, I feel like I’ve matured as an artist and so has my voice and it comes through now in new music.

What’s your favourite tune in your repertoire and why?
Can’t pick favorites! hah. Ok, right now, it’s my newest single “Wait on Me” – probably because it’s my best song and it’s new for me. I’m excited to start playing all my new music. From my first EP it’s “It Got Ugly” and my second is a hard choice but “Mad About It”.

What can audiences expect from one of your live shows?
They can expect something a bit different then what’s on the record! Lots of energy!! I love to jump around, smile, laugh, dance, and interacting with the audience. At the last show I was twirling people from the stage. Those spontaneous moments I love. Depending on the crowd or where I’m playing, I enjoy mixing up the setlist. It’s also fun to throw some cover songs in to get the crowd going with something that is familiar to them.

Where can we find your music?
Everywhere!! Spotify, Apple Music, YouTube. Wherever YOU listen to music, it’s probably there! Just search for Lisa Nicole Music.

I also have a Podcast called Wild Hearts and can be found on Apple Podcasts or Spotify Podcasts. I cover topics such as behind the songs, the music business, health and fitness and lifestyle. Some titles so far have been “How The Music Industry Can Make You Feel & 5 Reasons For A Hit Song”, “Singing With Keith Urban, Travelling and Living In Nashville” and “Peanut Butter, Crossfit And An Eating Disorder”. It’s a great way to get to know the real me behind my music!