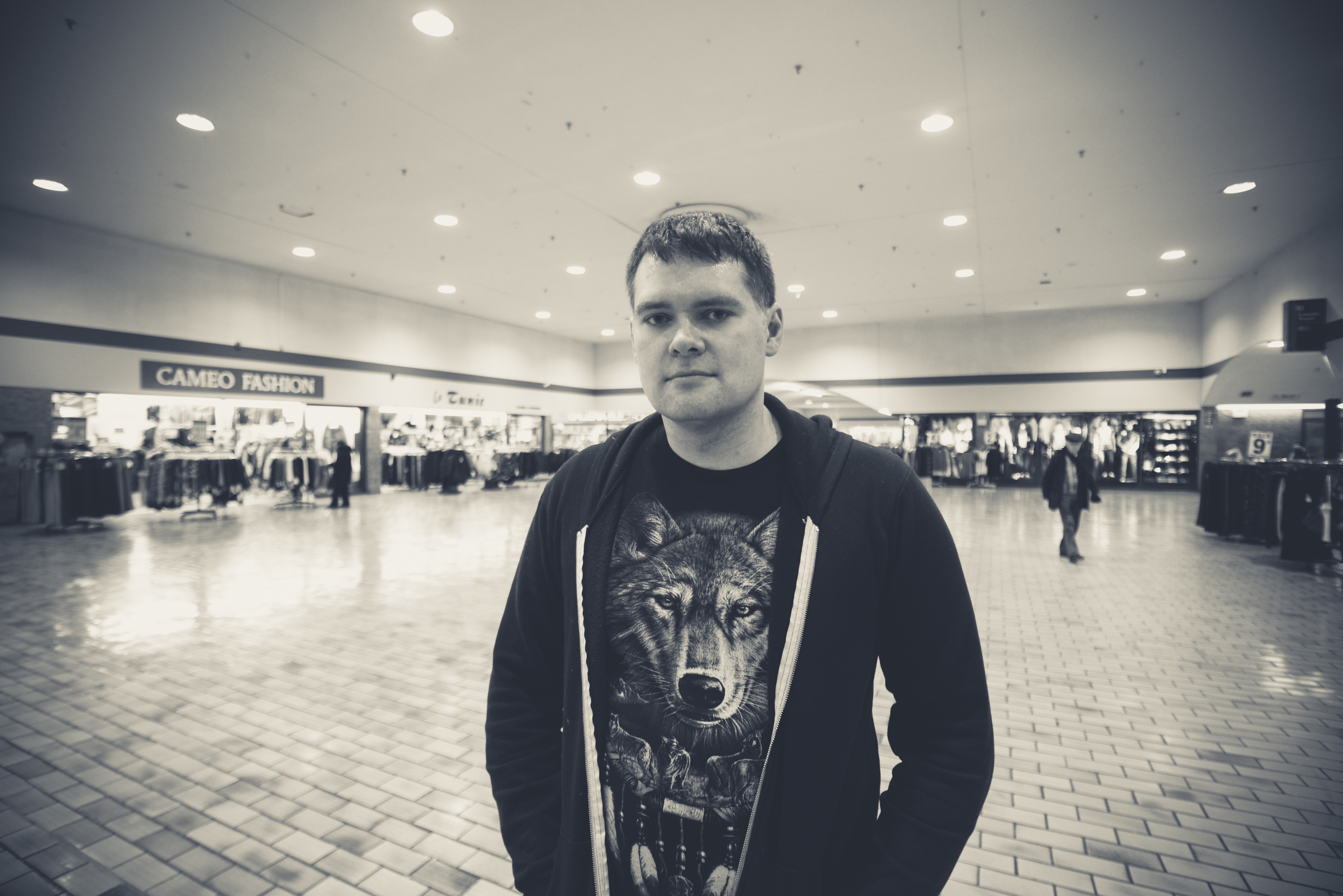 “Jack Moves got his start late in 2014. A Member of Toronto metal groups Godstopper and Ayahuasca and a former member of hardcore act Column of Heaven, he had grown tired of working within the limits of heavy music and decided to strike out on his own. “List of Demands” is the newest single from his upcoming debut full-length. The track features eclectic electronic experimentation, intricate synth flourishes, and genre-blending vocals”.

When did you know you wanted to be a musician?
Initially, when I was 13. I played saxophone in school and had just picked up the bass as my “cool” instrument. Then I took a detour into academic interests, before returning to it around the age of 18.

Are you trained? How did you develop your skills?
Yup. I went to school for bass, and picked up any number of other musical concepts along the way. I learned guitar later, in order to teach it and do demos with it. Whatever drum skills I have I learned out of necessity in playing with a metal band I formed. Lately it’s been piano; I’ve been doing certification exams. So…to paraphrase Charlie Parker: “I’ve put a lot of study in”.

Who are some of your biggest musical influences?
I love getting asked this question. It makes me learn more about myself…for this Jack Moves project, it’s been Peter Gabriel, Francis & the Lights, John Hughes move soundtracks, Mr. Oizo, Nine Inch Nails, LCD Soundsystem, Skepta, Run the Jewels, John Carpenter, and Miami bass music.

How would you describe your sound?
Electro pop, with a heavy emphasis on the vocals, which often veer towards the dramatic (think musicals).  A certain progressive influence also. Quite eclectic, song to song.

What’s your favourite tune in your repertoire and why?
Currently it’s “Don’t Let the Moon Die Young”…it most closely encapsulates the feel and message I was looking to get across with my most recent batch of tunes.

What can audiences expect from one of your live shows?
Wolf paraphernalia, live looping, choral arrangements, maybe some choreography, a light show, some quick-fire raps, rapid song transitions, a surprise Ozzy cover or two, keyboard solos, maybe some guitar…