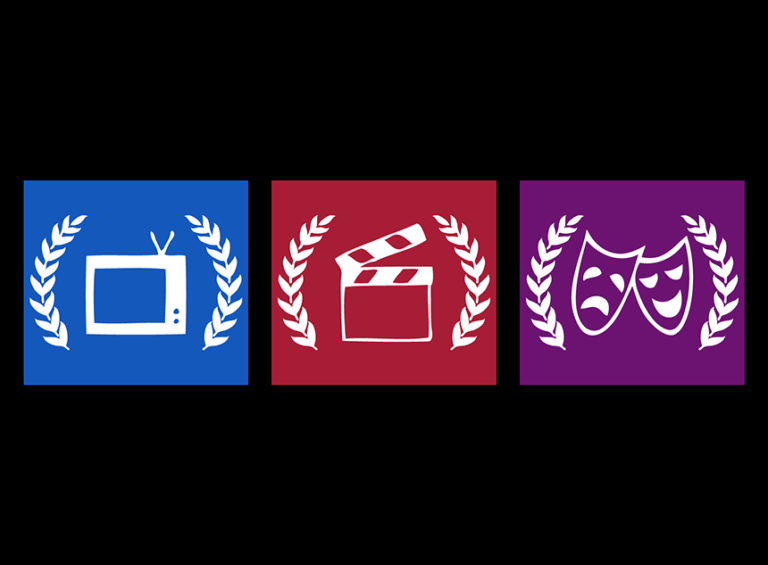 2020 may be a struggle but 2019 was a great year in film and, even if we’re a bit Covid-delayed in finally wrapping up our annual awards season, it’s definitely worth looking back and celebrating the great art that got us here and will help us get through. Below are the winners of our 2019 Critics’ Pick Awards for Film.

Don’t miss our 2019 Nominee Interview Series, featuring exclusive interviews with dozens of this year’s nominated artists and be sure to check out Awards Headquarters for more from the Critics’ Pick Awards, including the Theatre and TV winners.

Outstanding Ensemble
Waves
If you didn’t see this beautiful, surprising drama about a family navigating life before and after intense trauma, you really missed out. It had more best-of-the-year performances than any other single film in 2019. Kelvin Harrison Jr., Taylor Russell, Alexa Demie, Renée Elise Goldsberry, Lucas Hedges, and Sterling K. Brown were all spectacular.

Outstanding Supporting Actor
Jonathan Majors
(The Last Black Man in San Francisco)
This quirky indie gem of a film was a character piece through and through and the supporting turn by the captivating Jonathan Majors was a real highlight. He sparkled in outrageous moments, simmered in quiet ones, and played every thrilling note in between.

Outstanding Supporting Actress
Florence Pugh
(Little Women)
We contemplated giving Pugh our Performer of the Year or Emerging Artist award because she delivered three excellent performances and made sure 2019 was the year everyone learned her name but it was her sublime turn as Amy March that most won our hearts as she completely redefined a character we thought we knew.

Outstanding Actor
Roman Griffin Davis
(Jojo Rabbit)
All our favourite male performances in 2019 came from children, first among them the incredible depth of emotion captured by little Jojo Rabbit. There was more honesty, subtlety, and unexpected dry wit in Davis’ performance than all the adult men managed all year.

Outstanding Actress
Cynthia Erivo
(Harriet)
Harriet was basically a superhero movie and the incomparable Cynthia Erivo carried it all on her capable shoulders with remarkable grace and insane strength (also singing, my god can she sing). It was the strongest year in memory for women in leading roles but Erivo’s the one who knocked us off our feet.

Outstanding Screenplay
Emily Halpern, Sarah Haskins, Susanna Fogel, Katie Silberman
(Booksmart)
This hilarious one-crazy-night screenplay was so much more than a hijinksy laughfest. It sported detailed, hyper-relatable characters, incredible generational and institutional insight, casual progressive inclusion, and one of the greatest loving but complex female friendships ever on screen.

Outstanding Direction
Patricia Rozema
(Mouthpiece)
Not enough people saw this stunning adaptation of a hit indie play from Toronto. Mouthpiece is a beautiful conceptual work that seemed too abstract to be filmable but Rozema accomplished the impossible with beautiful insight and heartbreaking harmony.

Outstanding Picture
Parasite
There’s nothing left to be said about Bong Joon-ho’s Oscar winning dark comedy. It’s a modern classic that works on every level. It could have won any one of these awards but Best Picture is reserved for the movie that doesn’t just have a great script, great actors, great direction, great technical and production elements, perfect cultural timing, and something to say- it has all of them at once.

Emerging Artist
Noah Jupe
We’re actually a few years later than we should be on calling this particular shot but 2019 is the last year it will be considered acceptable to not know the name Noah Jupe. He delivered multiple great performances this year, including one of the year’s best in Honey Boy (my god is he amazing in Honey Boy). We’ve been saying for years that Jupe is the best child actor around but in 2019 he proved he’s one of the best actors period.

Performer of the Year
Charlize Theron
We’re obsessed with the legend that is Charlize and 2019 was maybe her greatest year yet, starting with a truly hilarious, sparkling, but totally grounded turn in the excellent rom-com Long Shot (the intelligence required for that role is easy to underestimate) then topping it off with hardnosed badassery as the unknowable Megyn Kelly in Bombshell.

Honorary Award
Chris Evans & Robert Downey Jr.
This isn’t just about Endgame. Obviously both these guys delivered fantastic performances in that climactic showpiece that said a final goodbye to Captain America and Iron Man but this award is about all of it. In 2008, Robert Downey Jr. changed the course of cinema forever. Without that perfect performance, the Marvel Cinematic Universe would never have happened. In the 11 years that followed, Evans joined him to hold down the heart of the biggest franchise ever created, and I do mean heart. They kicked a lot of ass and they quipped a lot of quips but most notably they made us care about Steve and Tony underneath all the bravado and that’s what made the movies fly. We all sobbed at the end of Endgame as we closed out a decade spent in the company of these characters, knowing that the universe they helped to build would go on without them but would never shine quite as bright.