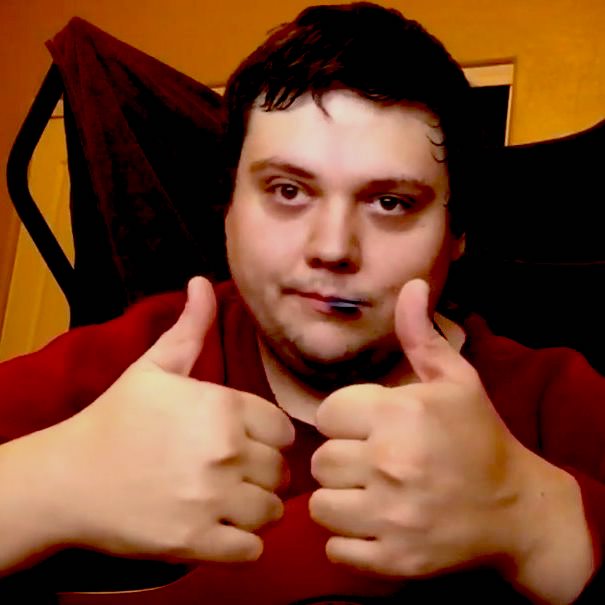 “Troy Thomas and his band Primitive State is basically if Pixies and Nick Cave and the Bad Seeds had a weird but fun baby.  You’ll notice on their album Frank Starr Rock Zappa that there’s a variety of genres woven throughout it, but one thing you won’t notice is that it’s random. Everything feels like it’s flowing like a movie”.

When did you know you wanted to be a musician?
I knew I wanted to be a musician about a year after my dad died in 2012.  I had been a musician since 7th grade, but if we’re talking about singer/songwriter status, I started writing songs while my dad was in the hospital and then it really ramped up once he died.  It was basically go to therapy or write 500 songs in the span of 2 years.  I didn’t have money, so writing music was really what kept a lot of my depression at bay.

Are you trained? How did you develop your skills?
I did take a years worth of guitar lessons that helped me out a lot, but for the most part I am self trained.  When I started playing music when I was about 13 years old or so, me getting better had nothing to do with me wanting to be a better guitarist or something.  It was solely based on me trying to be better than my friend Joe who was just a monster of a bassist seemingly out the gate as soon as picked it up.  He was like my music rival and it really drove me to get really good on guitar.  After a year or two of that though, it became a love of mine purely because I loved how it felt to play.

Who are some of your biggest musical influences?
The Beatles, The Rolling Stones, Queens of the Stone Age, Them Crooked Vultures, RUSH, Nirvana, David Bowie, Oingo Boingo, and The White Stripes are all really, really big influences on me and all for a variety of reasons.

How did the band come together?
For about seven years I was writing music just for myself and then my friend/producer on the first album, Josh Medina of Old Hat Analogue Recording decided to record an album for me for free because he wanted to listen to an album by me and I kept dragging my feet to do it for years.  So he decided to give me a bump.  I owe Josh a lot, he’s the only reason Frank Starr Rock Zappa is a thing.  He’s also the drums and on occasion the bass on that record.

How would you describe your sound?
It’s hard to pigeon hole the album Frank Starr Rock Zappa because it’s very varied in its genres.  You have outlaw country in some songs, garage rock in others, you have a Zappa-like instrumental at the end, there’s a straight up hardcore punk song on it called ‘Hello God Again’.  There’s a lot going on on that album that if I were to pinpoint one description, I’d feel pretty disingenuous because I’m basically explaining one side of what that album is about.

What’s your favourite tune in your repertoire and why?
I’m a really big fan of ‘Streetwalker’.  It’s just a solid tune and the guitars are so big on it that it’s hard not to have fun with that one every time I play it.  I feel the same way about ‘Hello God Again’. I love screaming into a mic until my throat hurts.

What can audiences expect from one of your live shows?
What you hear on the record is what you get but with just a lot more sweat and sometimes more energy.  We try very hard to sound as closely as the recording as possible.  We’re music fans too, so whenever we go see concerts and we see the band isn’t tight enough to play live and the singer is apathetic on stage and isn’t giving it their all, it really bums us out.  If we heard that review about one of our live shows, I’d personally have a meeting with our band and be like “Listen, we all gotta get our shit together, because we’re becoming one of THOSE bands.”

Where can we find your music?
Anywhere music is sold or streamed digitally you can find our album Frank Starr Rock Zappa.  I’ll go ahead and leave some links: Spotify, Soundcloud, Amazon, Bandcamp, YouTube.