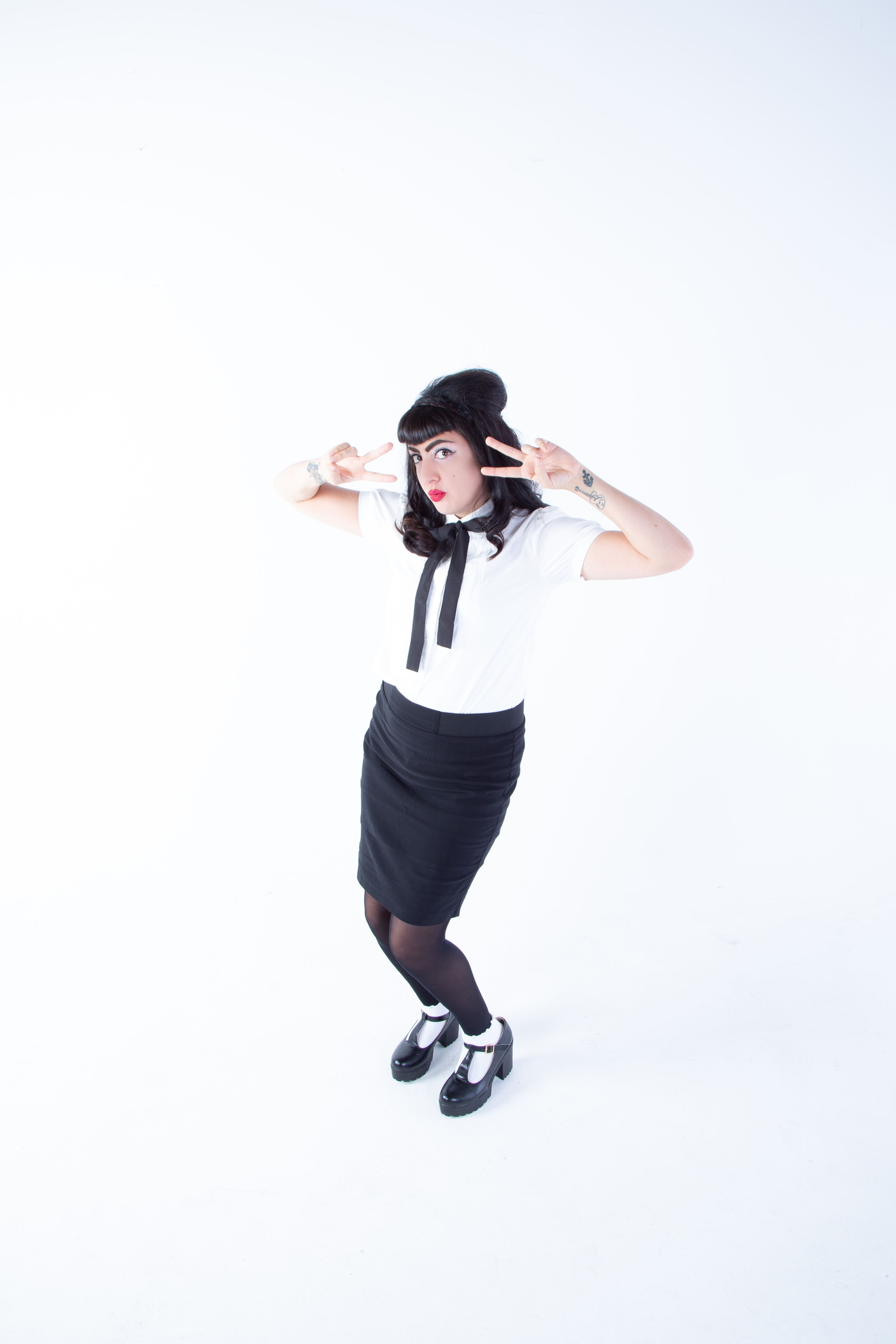 “Katie gained experience performing live in an all-girl band for 4 years. They opened up for The New York Dolls, Juliette Lewis, Carol Pope, ECT. In the midst of that, she won Emerging Artist at The Hamilton Arts Awards. After the band broke up, she immediately went solo playing live the week after. She traveled to Nashville to play the intimidating open mics there and then to Memphis to record her first solo album at the legendary Sun Studio with session musicians including Dave Roe who played with Johnny Cash. That album went on to win a Hamilton Music Award. Since then, she has put out three more albums including her newest one Train Insane. Her second solo album was a project she did by herself playing all the instruments expect the drums (that were electronically programmed by her). Her third solo album was released acoustically. And Train Insane was done in a home studio with a drummer and a guest cello and a guest organ player. She believes music is in her blood and will always pursue it for her whole life”.

When did you know you wanted to be a musician?
A couple of my friends came over in highschool and they went out for a smoke. I asked if I could play his guitar and he said yes. It was the first time I was alone with a guitar and I played ‘Seven nation army’ right away. From then on I got the bug and had to get my own.

Are you trained? How did you develop your skills?
I’m partially trained. When I first started out my friend was getting lessons and then every week she would teach me what she was learning and in return I would teach her how to skateboard. She taught me all my first songs…Zeppelin, The Beatles, Jack Johnson. I taught the punk stuff to myself.

Who are some of your biggest musical influences?
Bob Dylan, The Libertines, Morrissey, The New York Dolls, Amy Winehouse, The Velvet Underground, The White Stripes, Robert Johnson, The Dirty Mac.

How would you describe your sound?
It depends on my mood. I sound like me. Like my talking voice but stretched out. My guitar vibe changes from Blues to punk to folk to country to rock and roll.

What’s your favourite tune in your repertoire and why?
‘He’s So Heavy’ for it’s seduction powers. hahah

What can audiences expect from one of your live shows?
Hopefully a drummer. The guy I’m working with is in 5 different bands but I’m hoping to steal him away for some shows next year. I become more aggressive and dancy when I have a drummer. I move around way more and have more fun. He’s pushing me to play more recent material and I think that’s smart to be topical. I always fall back on my old stuff but I think it’s important to play new stuff.

Where can we find your music?
My website (www.katiebulley.com) or in person. I sold out of vinyl, I have a few copies of ‘Sun Wolf’ left and I have a ton of ‘Warhol Factories’ and I’ve bootlegged my newest one ‘Train Insane’ so I’ll always have DIY copies of that for $10. Catch me if you can!