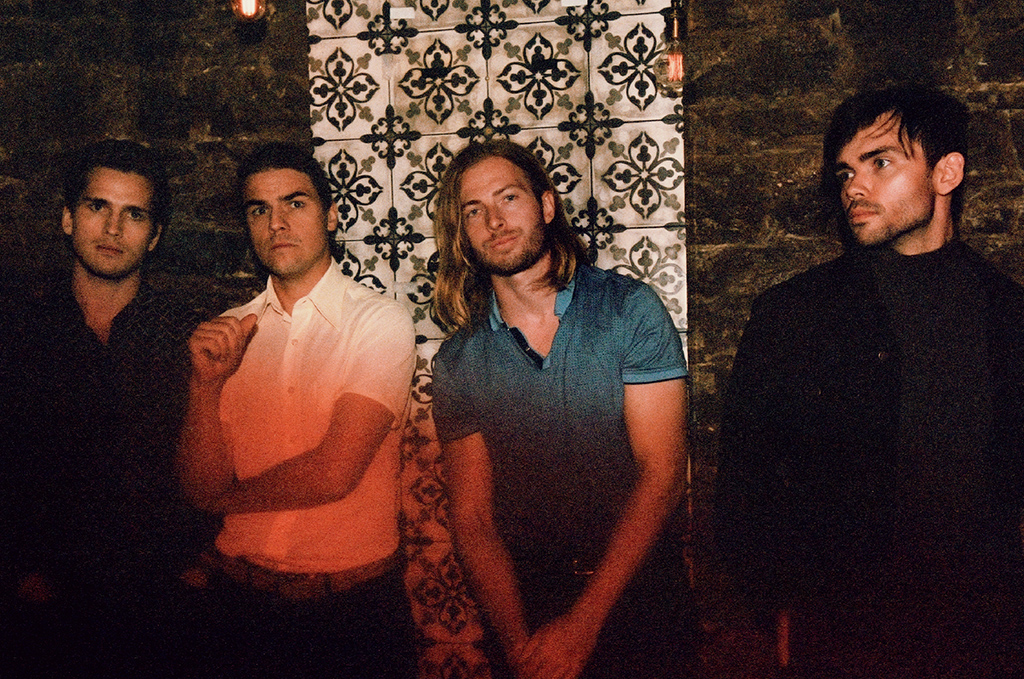 “Brought together by the winds of change (and a few classified ads), Ten Minute Detour cut their teeth in a small, detached, heatless garage in Calgary, Alberta, where they set in place the foundation for Lay It Down, the band’s debut full-length album. Highlights from Lay It down include “Four Papers” and “Getaway”, two catchy alternative rock tracks which have helped pave the road for the band, who have played hundreds of shows across Canada. In the winter of 2017, Ten Minute Detour recorded their second album in Nashville, Tennessee, teaming up with producer and former Cage the Elephant guitarist, Lincoln Parish. Their sophomore album Common Pleasure, whose seven tracks were recorded over a harrowing seven days, is a testament to the band’s maturation and growth in songwriting and storytelling, shedding the garage-rock skin and donning a more expansive, gripping, sophisticated sound. 2018 was a year of change for Ten Minute Detour, seeing the release of their sophomore album, several lineup changes, and relocation from their prairie home to Southern Ontario. Ten Minute Detour navigated these turbulent waters with aplomb, however, and is poised to take 2019, Canada, and the international stage by storm”.

When did you know you wanted to be a musician?
I always played music growing up, taking piano lessons from the age of 6. I had a couple bands in high school but we never played any shows or anything. It wasn’t until I started making demos in my University dorm room that the thought of actually playing music for people entered my mind. I left school and got a job and eventually decided to look on Kijiji for fun to see if anyone needed a singer. Turns out our guitarist Jordan MacNeil was putting together a band. I tried out and here we are now.

Are you trained? How did you develop your skills?
I played piano growing up which I think helped immensely with my ear. As far as technical training, I haven’t done much. I took a handful of drum and guitar lessons, and a few vocal lessons but that’’s really it. As far as developing my skills, most of it happens in front of my laptop, recording demos and song ideas and trying to turn them into something more than a throw away. I’ve emptied a lot of Mac “trash” cans. That, coupled with some band jams.

Who are some of your biggest musical influences?
Personally, my musical tastes have taken a serious turn. I grew up on grunge and metal, so I’d say some of my child hood influences are Pearl Jam, Red Hot Chilli Peppers, Temple of the Dog and so on. I know Jordan grew up on Kings of Leon, The Killers, Interpol and The Strokes. Nowadays we’ve really gotten into The War on Drugs, Grizzly Bear, Wilco and The Districts. It’ll all change tomorrow. I can feel a strong adult alternative addiction coming on.

How would you describe your sound?
I think we’re a more modern take on timeless rock. We’ve got all the ingredients that make people love rock music, the solos, the energy, but I think we also have a tonal quality of our own, as well as a soulful and funky rhythm section. Paired with grittier, impulsive vocals and strong harmonies I think we’ve got some really good tools to continue evolving our sound. We’re like a grilled cheese, if you substitute the white bread for cornbread and the cheddar for gruyere.

What’s your favourite tune in your repertoire and why?
Mine personally is our newest song ‘Bleeding Green’. It just seems to have the most life out of anything we’ve recorded so far. It has this constant pulsing bass line that really pushes it along while these ambient guitars sort of float throughout, it’s super fun to play, high energy, and I get to sing really loud. I’m sure everyone has their favourites, ‘Poli Shore’ and ‘McNally’s’ are probably in there as well.

What can audiences expect from one of your live shows?
I hope the music is first and foremost. I really do think we write strong songs and I believe that resonates with a lot of people. We’ve got a wide array of musical influences and experiences so I think this train is only going to get more unique from here on out. We like to jam and have fun on stage and hopefully that resonates with the audience, and as always they’re energetic and inclusive. There is a song for everyone in our set.

Where can we find your music?
All the usual places…Spotify, Apple Music, Youtube, Bandcamp. Better yet, come see us play LIVE!