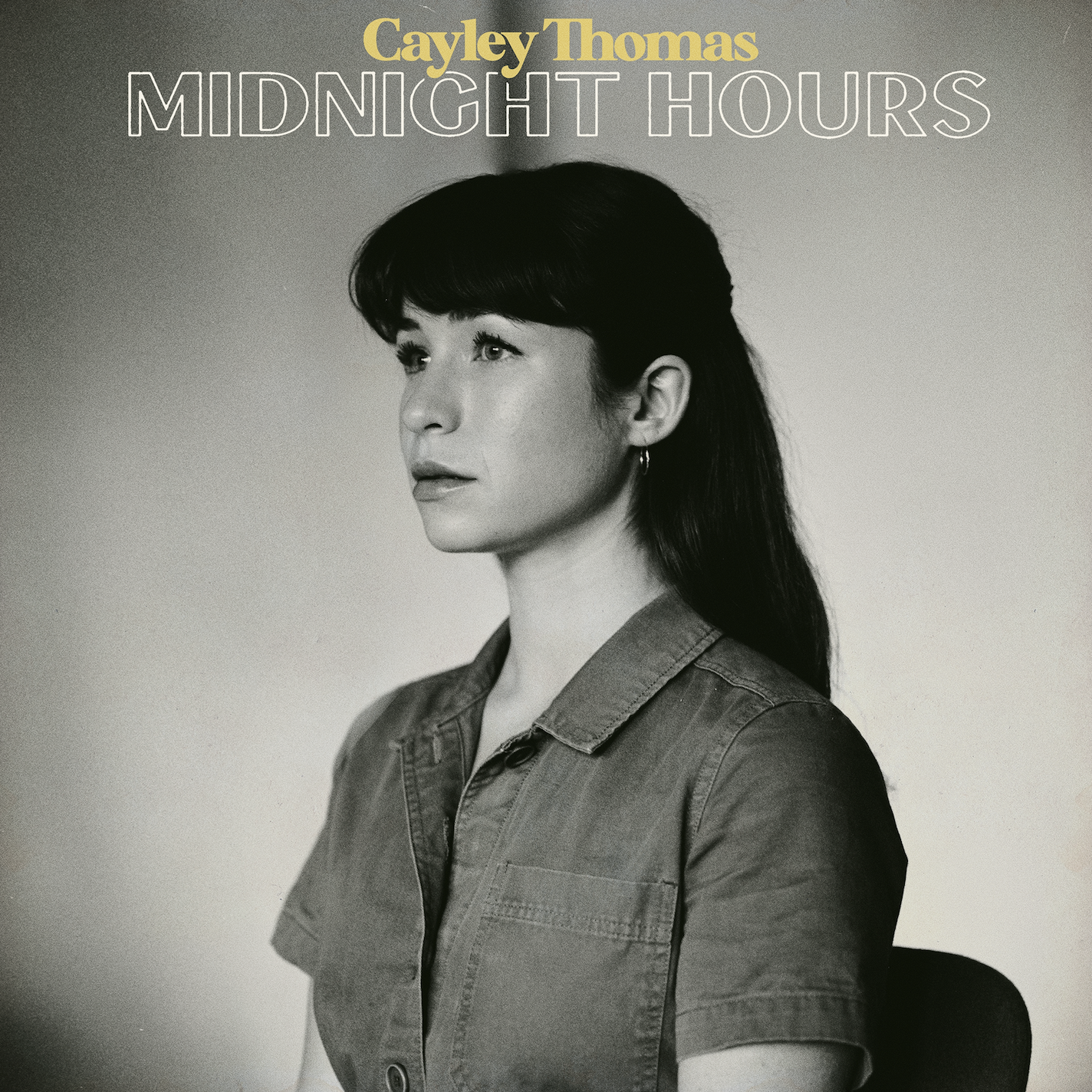 “Cayley Thomas is a singer, guitarist and songwriter from Edmonton, Alberta whose natural affinity for constructing catchy melodies reveals her striking vocal range and character. Under a delirious guise of simplicity, she weaves sensitive eccentricities and cathartic declarations into her own brand of unique, knowledgeable pop. Cayley’s upcoming album ‘How Else Can I Tell You?’ (May 2020) is a collection of songs that reflect upon a period of subconscious overwhelm and the subsequent shift into conscious thought and awareness. Recorded between Edmonton and Toronto, the album deliberately combines Hi-Fi studio production and Lo-Fi living room charm. ‘How Else Can I Tell You?’ is fresh enough for modern indie rock ears to find familiar, with spells of synth and its modern production, all the while drawing on the fuzzy raw warmth of our favourite sounds from mid-century rock and soul. It features Cayley Thomas at the helm and is tied together by producers Nik Kozub (Shout Out Out Out Out, Humans, The Wet Secrets) and Steve Chahley (U.S. Girls, FRIGS, Badge Époque, Partner etc.) The first single entitled ‘Midnight Hours’ is out now.”

When did you know you wanted to be a musician? Are you trained? How did you develop your skills?
I have been singing and performing since I was a little kid. The video for ‘Midnight Hours actually features real home video footage of my first public performance at age five. (As seen here at 2:25) My mom proudly recounts a story from that day during which someone asked me if I was nervous, to which I replied in earnest – ‘what’s nervous?’

I also have a BFA in Acting and have been pursuing both acting and music in a professional capacity for over a decade. That said, I first began writing my own original music after my brother passed away in 2012. It had never really occurred to me to create my own body of work until I was faced with a very difficult situation. Writing allowed me to better process, share and honour my grief at that time. Fast forward seven years and here I am – still writing, creating and reflecting on my present day experiences.

Who are some of your biggest musical influences?
I love singing. So I definitely gravitate towards the great singers of the 20th century, haha. I think mostly because that material is more melodic than a lot of pop music today. Think Aretha Franklin, Roy Orbison, Carole King, Patsy Cline, The Everly Brothers, Nina Simone, Joni Mitchell, The Beatles… any of the girl groups from the 60’s. I love all of that shit, haha.

What’s your favourite tune in your repertoire and why?
Currently I am quite excited about the song we just released. “Midnight Hours” seems to be resonating with people on an emotional level… so I consider that a big win. It is one thing for me to feel something and write about it. It is another to have that translate to someone else’s experience.

How would you describe your sound?
If I had to describe the new song (“Midnight Hours”) in five words it would be ‘hypnotic genre-bending spacious melancholy.’

What can audiences expect from one of your live shows?
I think in part due to my acting background it is important to me that there is a certain level of production value to every performance. I like to ‘set the scene’ whenever possible, haha. Wardrobe, set decoration etc. Connecting with people in person is one of the great privileges of my job and I take it very seriously. It someone if gonna take the time out of their day to day to come to a show – I’m gonna do what I can to help them to forget the din of the modern world and join us in the present moment.

Where can we find your music?
You can stream the new song on your preferred streaming service HERE.
Furthermore, you can find me here:
cayleythomas.com
Instagram
Facebook
Twitter