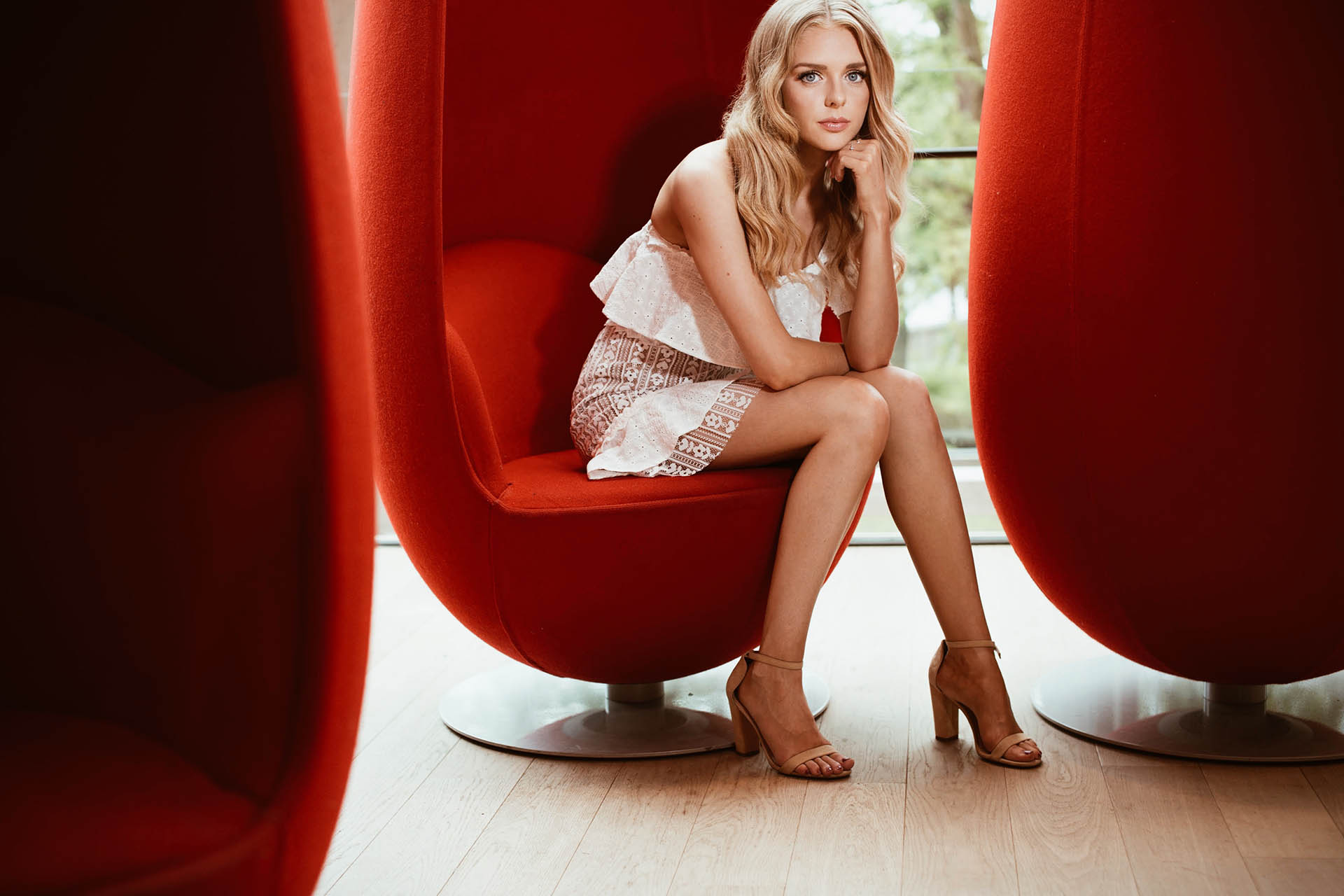 “Strong and sensitive, Amanda Jordan is an independent country music artist who cares deeply about the world around her and is using her natural musical gifts to make smooth strides as an emerging international presence both in Canada and in Nashville. Originally from Smiths Falls, Ontario, Amanda Jordan has enjoyed a series of songwriting achievements through back-to-back top ten finishes in the 2016 and 2017 ole Red Dot on the Spot Songwriting Competitions, as well as a placement in the finals of the 2018 Canadian Songwriting Competition. On stage, she was one of the winners of the Kick It with Kissel contest, which saw her open for Brett Kissel in 2018 in Sudbury, Ontario, and was one of eight wild cards to compete for the last spot in the Boots and Hearts Emerging Artist Showcase. Now based in Nashville, where she has been writing with the likes of Phil Barton, Jason Matthews, Daniel Ross, and Abram Dean, she’s recently released the contemporary country single, “Driving in the Dark”. You can watch the music video here.”

When did you know you wanted to be a musician?
I’ve always loved music and started performing at a really young age but I would say when I was in grade 8 and made the choice to audition for Canterbury High School, I started to take music seriously.

Are you trained? How did you develop your skills?
I studied Royal Conservatory in elementary school and then attended a school of the arts for high school. I went to Carleton University in Ottawa and just graduated in June with a Bachelor of Music Honours, with a focus on songwriting.

Who are some of your biggest musical influences?
I grew up listening to traditional music like Willie Nelson, Shania Twain and Neil Young. Right now, I’m a big fan of Caitlyn Smith, Kacey Musgraves, and Ingrid Andress. I think all of these musicians influence my writing and style.

How would you describe your sound?
My sound is modern country but sometimes my songs have a more traditional country influence.

What’s your favorite tune in your repertoire and why?
My favourites change all the time because when I have a favourite song, I listen or sing to it on repeat until I’m over it. Right now, my favourite original to play is a song called “Whoever Falls First” which is about being in that moment when you realize you’re being played by a guy and that love is a game. The hook is whoever falls first loses. My favourite cover to play is “Make You Feel My Love” by Bob Dylan.

What can audiences expect from one of your live shows?
They can expect to hear some originals that have been written with great Nashville songwriters such as Rick Huckaby, Abram Dean, and Phil Barton. I also like to add in fun traditional songs such as “Jolene”, “Strawberry Wine”, “Sweet Caroline” and “Tennessee Whiskey”.