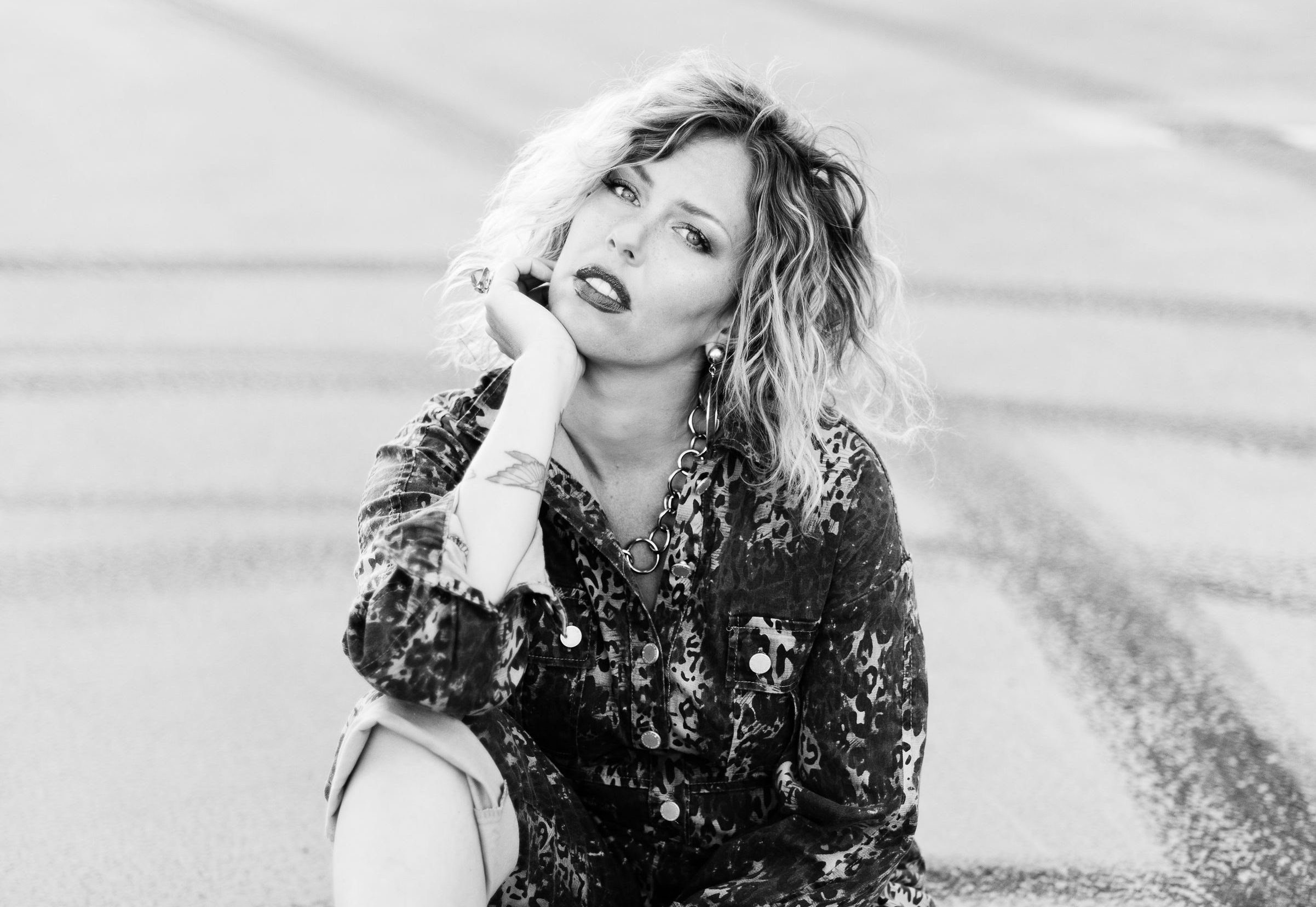 “Jocelyn Alice is a platinum-selling Canadian singer and songwriter with a fiercely powerful voice, heartfelt lyrics, and magnetic style. She rose to fame with her 2015 breakout summer song, “Jackpot.” The track topped radio and sales charts eventually being certified platinum in Canada. Since then, Jocelyn’s songs have received over 100 million streams, including her latest singles “The Dark” and “Sweetheart”, her collaboration with Tep No, “Never Been Hurt Before” (Canada top 25 radio hit), her single “Still Wondering” (Canada top 40 radio hit), her collaboration with R3hab, “Radio Silence” (Canada top 25 radio hit), her single “I Know” (Canada top 20 radio hit), her Gold-certified single “Bound To You” (Canada top 15 radio hit), and her Gold-certified track “Feels Right”. In December 2017, Jocelyn teamed up with Walk Off The Earth for a cover of Camila Cabello’s “Havana,” amassing over 10 million views to date across all platforms. Jocelyn received a 2016 SOCAN Pop/Rock Music Award for Jackpot and received Canadian Radio Music Awards nominations in 2016 for Best New Group or Solo Artist: AC and Best New Group or Solo Artist: CHR. She also received Canadian Music Week Indie Awards nominations in 2016 for Pop Artist of the Year and Single of the Year. Jocelyn cowrote Mother Mother’s hit single ‘The Drugs’, which spent two weeks at #1 on the Mediabase Canada Alt Rock chart in February 2017 and received a SOCAN #1 Song Award in November 2017. Prior to her solo career, Jocelyn and bassist Lisa Jacobs performed in the indie soul pop duo jocelyn & lisa (a unique sound-blend of pop, soul, reggae, and funk). Jocelyn has co-written music featured in the hit TV shows One Tree Hill and Pretty Little Liars, the movie Dear Santa, and a television commercial in Canada for Shaw TV. In addition, she was the vocalist in a popular USA nationwide television commercial for Target, which featured a cover of the song “(So Groovy) Reach Out of the Darkness”. Jocelyn released her debut solo EP Little Devil in September 2018 and will be releasing her debut full length album in November 2019″.

When did you know you wanted to be a musician?
I think on some level I had always known. But it became clear that it would be my path in junior high. I think becoming a teenager is one of the most challenging times for any human being, especially a child who just moved schools. I was a bully, ya know? I was hurt, and I didn’t have the language for it at the time. So I isolated myself from others by being scary. I have made many apologies in my life for this since, and will make many more. Music was a place for me to connect with that hurt, and inevitably connect with myself, and inevitably connect with others. Music was my escape. It was the only place I could go at the time where my suffering had power instead of power over me.

Are you trained? How did you develop your skills?
I’m not very good at being taught things. Hahahahaha. I need to learn things on my own, alone. I have always been like that. I had the blessing of having a very strict father in terms of work ethic. I had the choice of doing homework or 4 hours of music a night. I always chose the music. I would have to go to karaoke stores (they used to have those!!!!) and would buy all of these country music cd’s. I grew up a country singer.  I would also sneak in Christina Aguilera because I secretly wanted to be a pop r&b star and she was so challenging!! My bedroom was my solace, and I still work from home in exactly the same way sometimes. I still go to my youtube and type in John Mayer and Adele covers and remind myself why I started this. To feel and to help others do the same.

Who are some of your biggest musical influences?
Shania Twain, Amy Winehouse, Lauv, Bryan Adams, Coldplay, Drake, Justin Beiber, Lennon Stella. I love people that are vulnerable and you can tell really care about the craft of singing and writing. I like artists that evolve.

How would you describe your sound?
Pop/Soul/HipHop/Reggae/Country/Dance/Acoustic HAHAHAHAH. You cannot make my choose a genre. I never will. My voice is the genre. If you dedicate as much time as I have to learning your own voice I really think it becomes it’s own thing that can carry the vibe on it’s own. At the end of the day, I’m a slave to a great song with a gutting vocal. The rest is just sparkle.

What’s your favourite tune in your repertoire and why?
That’s really, really, really impossible!!! My album is called How Dare You and HOW DARE YOU ASK THIS QUESTION!! Haha. It’s like choosing between children. Right now I love “Papers” based on how I feel when I throw it on and the people that are involved. It’s a song about a contract and knowing it’s about to end. It’s about knowing your own worth but also holding yourself with grace even though you know some relationships are going to have the end. I put my homie Hello Moth on the track for so many reasons. Firstly, he’s such a bad ass singer and performer and one of my closest friends. But also, the producer of my first single in Canada, “Jackpot”, which we released together indie and it went platinum and ended up getting me that contract. So this song feels really, really full circle.

What can audiences expect from one of your live shows?
Authenticity. Rawness. Tears. and a whole shit load of self deprecating weirdness.

Where can we find your music?
@iamjocelynalice