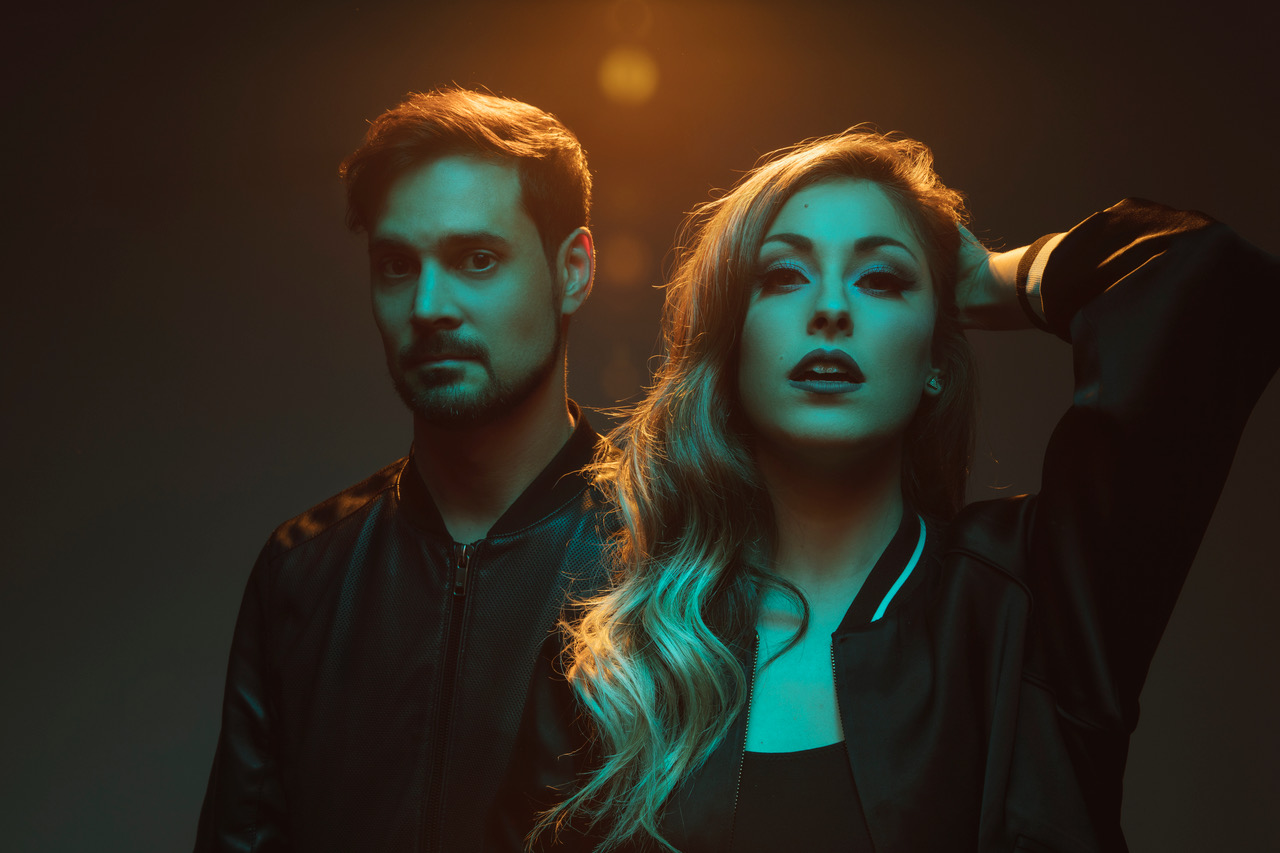 “Toronto-based duo FEATURETTE was formed by singer Lexie Jay and drummer, Jon Fedorsen. FEATURETTE makes emotionally-charged, heavy-hitting electro-pop music that has met with international critical acclaim. After receiving their first full recording grant from FACTOR Canada, the duo released their debut LP CRAVE in October, 2016. Their stand-alone single, “BANG”, was debuted at FEATURETTE’s sold out headlining show at CMW at Adelaide Hall. The success of the show resulted in a month-long support tour for Scott Helman with Ryland James, through Ontario and Quebec. Fresh off the tour, FEATURETTE was selected as a top 10 finalist for the Allan Slaight JUNO Masterclass for 2018. After receiving their second JSR grant from Factor, FEATURETTE has spent the past several months in the studio, writing and producing their anticipated sophomore album, released in June of 2019.”

When did you know you wanted to be a musician?
Lexie Jay (LJ) – For me, I’ve always been attracted to music and art. I think it many ways I never decided, it was just always a big part of me, and then I kept choosing music courses over my schooling and actually ended up taking it so far I figured I may as well go into the industry in some capacity to make it worth it!

Jon Fedorsen (JF) – In high school I was taking art as a major, and music as a minor, and I loved the immediacy that music brings. I’m pretty A.D.D. so the payoff of performing live was super rewarding and a lot more exciting for me than spending hours painting something that people (and possibly myself) may not like in the end.

Are you a trained musician? How did you develop your skills?
LJ – We both are yes! We’ve played music all our lives (starting with piano and branching out from there). We were both fortunate enough to take music lessons early in life, and then in school we were involved with the band and string programs and all the extra-curricular activities that went along with it. From there we both went to the Etobicoke School of the Arts (myself for musical theatre with a strings minor, and Jon for visual art with a band minor – it was super intense!). After that we followed up with schooling at U of T in the music program, where Jon took jazz drums and I took an opera degree. We both completed our Bachelors of Music there which is pretty neat, especially since we didn’t attend any of those schools at the same time! We actually met at a band camp where we were both teaching music. It’s been a life-long journey of developing our skills as musicians, and we still manage to learn new things all the time from other musicians in the industry doing cool new things.

Who are some of your biggest musical influences?
LJ & JF – At the beginning of our band we were super influenced by Moderat, Phantogram and Radiohead. Deadmau5 and Aurora were also big players in our sound, and then later down the road we discovered Broods and Kill J. Now we’re jamming to Billie Eilish (who isn’t!), K.Flay and Flume. So pretty much always darker sounds, with varying degrees of intensity and future bass vibes.

How would you describe your sound?
LJ – It’s a tricky thing really, but taking a stab at it, I’d say cinematic electro pop with a dark edge. It’s quite intense, and often very in your face – it packs a punch. People have described our music as happy before, but that’s when we know they aren’t listening to the lyrics haha! We like to write about dark themes, and either really go down that path an explore that avenue or sugar-coat it and see who’s paying attention.

What’s your favourite tune in your repertoire and why?
LJ – That’s a really hard question! Asking me to pick between my children! Honestly, I think it depends on the day and my mood, but I’m really into a song coming up on our record in January 2020 called “White Rabbit”. It’s kind of a deep album track in that it’s not an obvious choice radio-single, but it’s a hell of a banger. Super different to our regular vibe and a fusion of genres. We can’t wait until it’s out next year so you can hear and let us know what you think!

JF – Of the two we’ve released as singles in 2019, my favourite is definitely “Don’t Know Me Without You”. I love how the chorus just smacks you in the face after a really moody intro. It’s super fun to play live.

What can audiences expect from one of your live shows?
LJ – Again, I would say intense is a good word to describe it! There’s a lot of movement, Jon is a friggin DESTROYER of a drum kit. He can really smash it and get people pumped up with his energy. (Fun fact: he built the kit himself!) On my end, I really make my way around the stage and use all available space. I start super put together with pretty sick makeup if I do say so myself, and by the end I’m an absolute waterfall of sweat, so feel free to imagine how I managed to get there in 45 min, and you’re probably on the right track as to what went down during our set. Ha!

OH, and my producer and I built and 8 foot tall LED wall in the shape of an F for FEATURETTE, which I proceeded to program for over 100 hours to create a light show for our set. Lots of strobes, lots of fun.

Where can we find your music?
LJ – Our music is available on all major platforms, Apple, Spotify, Soundcloud, Youtube – wherever you listen to music you can probably find us there. Staying true to the name, you can also find some pretty rad music videos on our YouTube channel. If you want to see a good representation of what we do, check out the vid for “Million Things”, directed by Ian Macmillan. I art-directed that piece, and we’re super proud of it!! If you need a giant cat head made, or a flower-faced butler, I’m your girl. HMU. We’re also coming out with another music video for our latest single “Don’t Know Me Without You” this month, and I think it may be our best work yet, so stay tuned for that!

Thanks so much for chatting with us about our project!! FEATURETTE loves My Entertainment World! Can’t wait to share the album with you in 2020.