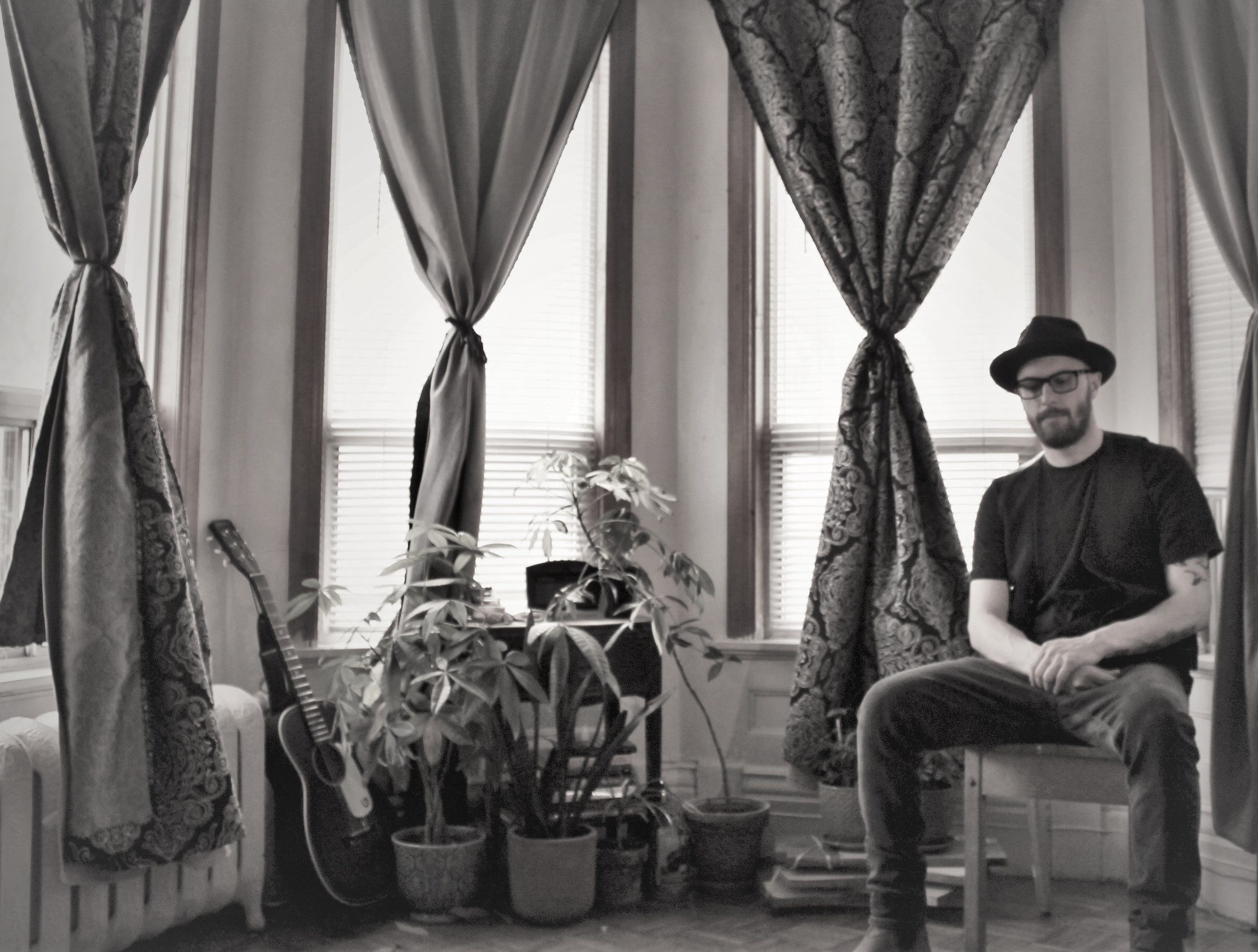 “Mark Martyre is a Canadian writer and musician. He has produced six full-length studio albums since 2012: Down, Record (2012), London (2013), Red Letters (2014), Bluebird (2016), Rivers (2017), and Light Years (2019). His music has garnered critical acclaim and attention both nationally and internationally, and has earned him “Best Songwriter” and “Album of the Year” nominations. In 2018, Mark wrote and performed music for theatre, for the play “That Moment When.” And earlier this year Mark published a book of poems, Notes on Torn Sheets, some pieces of which had appeared originally in various journals and magazines”.

When did you know you wanted to be a musician?
From an early age, it wasn’t just something that I felt I wanted to do. Like, it wasn’t a profession I thought about going into, before finally taking the leap. It was just an evolution that happened organically. It happened like anything else happens.

Are you trained? How did you develop your skills?
No formal training. I just keep plucking away. I’ve been plucking away for 20 years, and I think I’m starting to get close to getting the hang of it.

Who are some of your biggest musical influences?
In a lecture “On Autobiographical Fiction” (that was then collected in his book Farther Away) Jonathan Franzen talked about the questions that novelists are often asked. The first question he addresses is: Who are your influences? He goes on to say:

“Sometimes the person asking this question merely wants some book recommendations, but all to often the question seems to be intended seriously. And part of what annoys me about it is that it’s always asked in the present tense: Who are my influences? The fact is, at this point in my life, I’m mostly influenced by my own past writing… Direct influence makes sense only with very young writers, who, in the course of figuring out how to write, first try copying the styles and attitudes and methods of their favourite authors.”

He then goes on to list some authors that influenced him when he was younger and starting his writing career. But he also talks about the music he was listening to when he was 15, and how that probably influenced him too. The same way that some of the influences on my music wouldn’t even be musicians. He continues:

“The bigger problem with the question about influences, however, is that it seems to presuppose that young writers are lumps of soft clay on which certain great writers, dead or living, have indelibly left their mark. And what maddens the writer trying to answer the question honestly is that almost everything a writer has ever read leaves some kind of mark. To list every writer I’ve learned something from would take me hours, and it still wouldn’t account for why some books matter to me so much more than other books…”

I realize this is a much longer answer than you were probably anticipating. But, I’ve been asked this before, and have always hated my answers for their feeling of incompleteness. But, I think Franzen says it well. At least this is the best answer I can think of right now. To list every writer, and every musician, that has been a big influence on me would take me hours, and still wouldn’t account for why some books and some records matter to me so much more than others.

“When I write,” says Franzen, “I don’t feel like a craftsman influenced by earlier craftsmen. I feel like a member of a single, large virtual community in which I have dynamic relationships with other members of the community, most of whom are no longer living. As in any other community, I have my friends and I have my enemies. I find my way to those corners of the world of fiction where I feel most at home, most securely but also provocatively among my friends.

How would you describe your sound?
I would describe it by hopefully referencing someone else’s description of it.

What’s your favourite tune in your repertoire and why?
The one I just wrote.

What can audiences expect from one of your live shows?
I try to play songs from all the albums, but I tend to lean more heavily on the newer material. Partly because it’s fresh and likely more relevant to my own current feelings. Partly because the older songs already got to have their time in the sun. And, partly because sometimes I’ll forget the lyrics to the older songs.

Where can we find your music?
markmartyre.com would be the main hub. But my music can also be found on streaming platforms like Spotify and Google Play. Also, some videos on Youtube, and at markmartyre.bandcamp.com