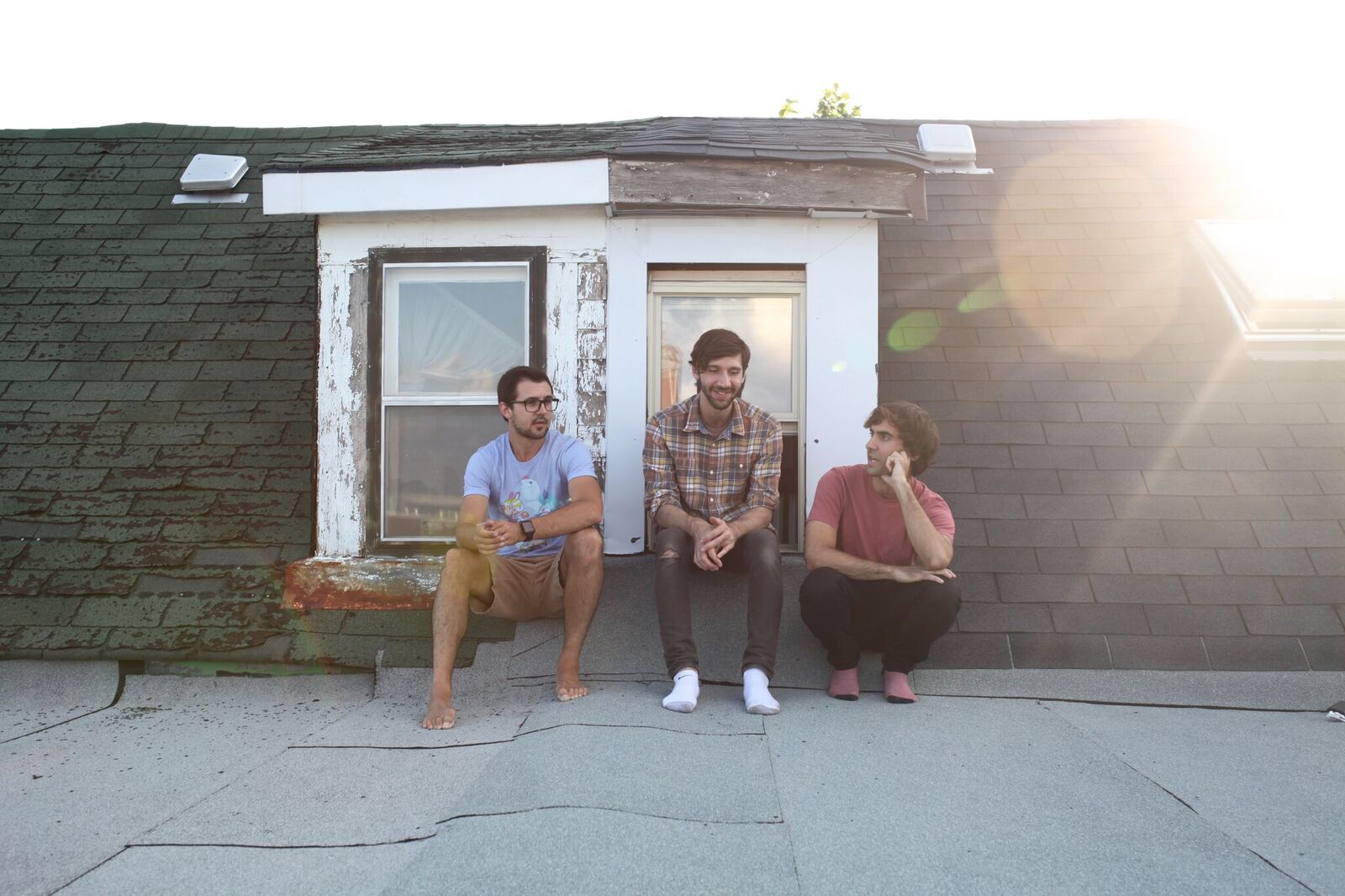 “Laughed the Boy began as an outlet for honest and unpretentious 90’s nostalgia inspired songs. After splitting time between writing songs intended for video games and his own solo material, Chris Panacci decided to combine the two into one project when he went into the studio with his brother Sean to record their EP Out of the Blue. The band’s catchy melodies and fuzzy guitar playing drew comparisons to artists such as Weezer, Sloan, and Pavement. The two brothers added bass player Brennan Hrehoruk to the lineup and began playing the songs live. While rehearsing for shows, the trio ended up with an album’s worth of fresh material and headed into the studio once again to record their debut full length LP Here is Fine released in 2017. After a busy year that saw the band tour while also releasing 2 new singles, the trio slowed things down and took a patient approach to writing and recording their follow up album Change of Scenery. Working with producer Dylan Frankland, brothers Chris and Sean spread recording sessions out over 5 months, crafting each song to represent a different mood while adding new elements such as piano and violin”.

When did you know you wanted to be a musician?
Since I was a kid, probably around 5 years old. I loved video game music and all the songs I’d hear on the radio. I would try to make my own songs in my head using parts of other songs. I would draw fake album covers and have song names for albums I didn’t actually have songs for, it just seemed like a fun thing to do.

Are you trained? How did you develop your skills?
I’ve been playing guitar since my 11th birthday and started playing bass when I was around 16. I tried to become a better musician by playing in a lot of different types of bands throughout high school and in to university. I used to play a lot of technical music on bass and guitar which made it easier for me to come back to simpler indie type music. It’s good because I can use all the elements from all the different bands, I’ve been lucky to play with a lot of super talented musicians, I would say I learned the most from them and learning songs from my favourite bands. My only real formal training was a couple years of guitar lessons reading sheet music when I first started.

Who are some of your biggest musical influences?
That’s always tough to think of because there have been so many over the years. I would say I was heavily influenced as a kid listening to everything that would be on the radio in the 90s and early 2000s. I also like to keep a bit of the video game music influence in my sound as well since that was also a big part of my childhood.

How would you describe your sound?
I’m not very good at describing my sound but most people say it’s a balance between happy and sad. I like to try to keep it melodic and moody at the same time, so it’s poppy but can still convey a melancholy mood, but it all depends on the song. I write all my songs differently so it’s hard to be consistent.

What’s your favourite tune in your repertoire and why?
Hm that’s tough, it’s like choosing your favourite kid. Right now I like “Remedy” and “Night Shade”. “Night Shade” I had been sitting on for 10 years and was so happy I could finally record and release it. We also have an instrumental song we close most of our sets with called “Small Ball”, that’s one of my favourites as well but we don’t have it recorded.

What can audiences expect from one of your live shows?
Lots of energy and stuff that isn’t in the recorded version of our songs. We leave room for improvisation and always do things a bit differently than what’s on the album to keep things interesting, we just try to have fun with it.

Where can we find your music?
Anywhere you listen to music! Any streaming service, plus bandcamp, soundcloud etc.