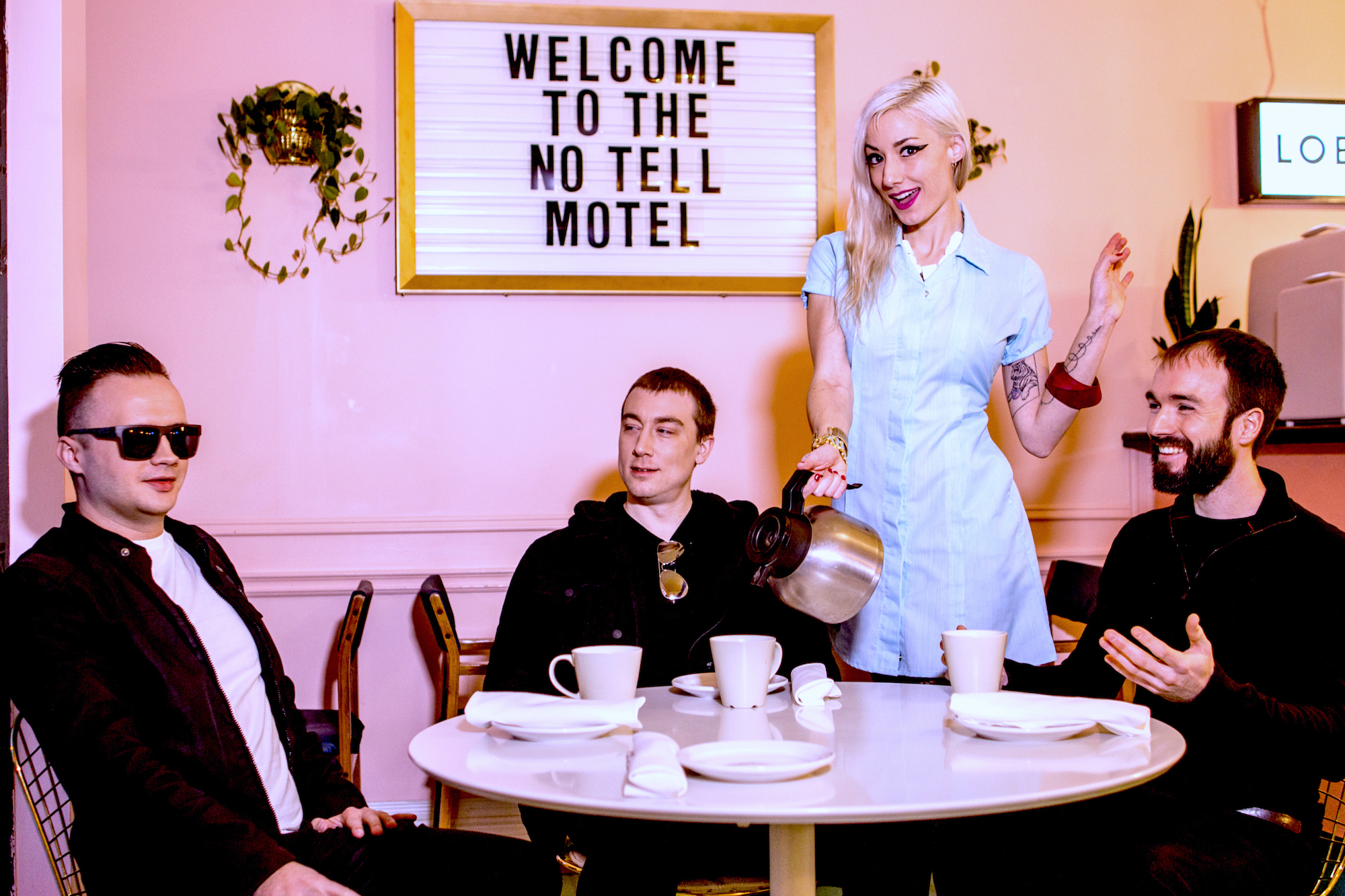 “This band should not exist. Heather (vocals, rhythm guitar) was a practicing lawyer. Dave (bass) had an MBA and Taylor had been accepted to business school. Dave had the idea of creating a revival 90s alternative rock band, but a series of parallel tragedies made it something much deeper. Heather had a breakdown after her con man ex was arrested in front of her at the US border, and Taylor’s immediate family passed away in a tragic plane crash. They lost everything. Transmuting their pain through song, they created Another Crush, a band about the things in life that you crush on and that crush you. Their sound is nostalgic with a fresh twist, marked by velvet vocals, catchy melodies and soaring solos. Their lyrics relay the difficulty in living with yourself, living with others, and in carrying on without them”.

When did you know you wanted to be a musician?
Heather: when I looked around my corner office and realized I wasn’t happy and there had to be more to life
Dave: when I picked up my first guitar at age 12

Are you trained? How did you develop your skills?
Heather: I taught myself how to play guitar when I went away to college. I would choose a song I loved and learn the chords from tabs on the internet.
Dave: yeah, I started classical piano training at age 4, joined my first band as a bassist at 13 and I’ve been playing ever since

How would you describe your sound?
Dave: 90s alt rock with a modern twist
Heather: what he said

What’s your favourite tune in your repertoire and why?
Heather: It Sucks – it’s about being in love when you don’t want to be. It’s our poppiest song, and it was the first one we wrote as a band. So it holds a special place in my heart.
Dave: our first single, Empty Promises, because of the driving bass, and because it has my favourite vocal hook – “this is all we get, empty promises!”

What can audiences expect from one of your live shows?
Heather: an insane stage show, extremely tight band, and moving songs with great hooks
Dave: high energy and really good music!

Where can we find your music?
Dave: earth
Heather: also space (if you can get wifi)
But seriously, it’s everywhere you download or stream music.