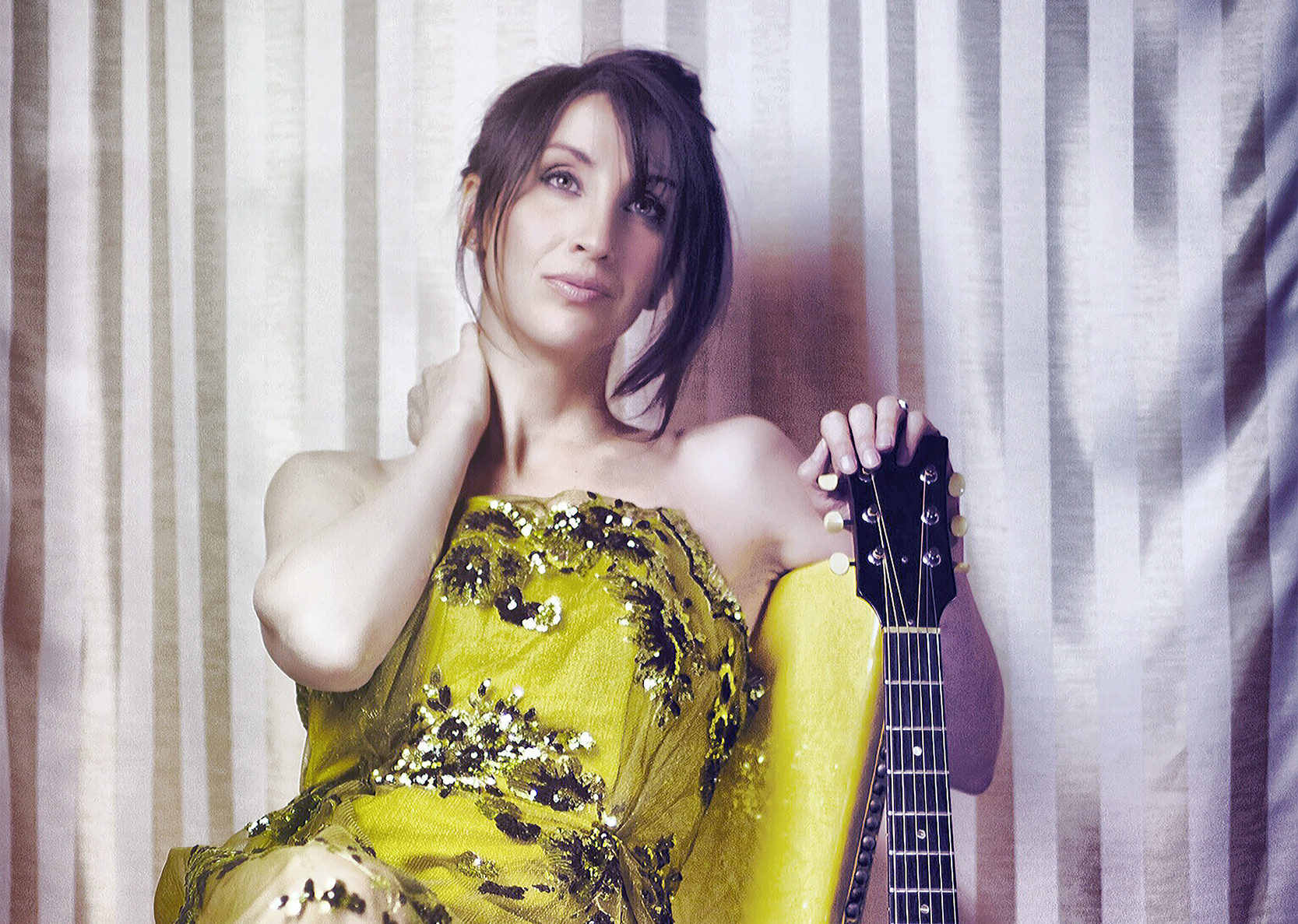 “Krista Hartman is an Ottawa based singer-songwriter originally from The North Country. She was raised in a scenic town called, Peace River and strummed her guitar with the influence of her father, Gus. Her extended family encouraged performances at family Fiddle Fests. At 12, Krista began the craft of songwriting. Her songs and melodies are dusty, rare eclectic gems. They promise the listener a cinematic experience akin to the works of Neil Young and Lucinda Williams. She has released three heartfelt records since 2005: Constellations (2015), Nostalgia (2010), and Passport (2005). As a world traveller and guitar strummer, Hartman has experienced a whirlwind of musical adventures—from touring live shows across Australia, New Zealand, The Emirates, South East Asia, The Caribbean and North America—to performing a bi-lingual version of The Canadian National Anthem for the Prime Minister in Toronto. Krista Hartman’s music is a kindred spirit, the unexpected hidden treasure worth discovering over and over again”.

When did you know you wanted to be a musician?
At 12, when my Dad bought me my first guitar, I was hooked.

Are you trained? How did you develop your skills?
I used to train with a guitar teacher in my hometown, I took guitar lessons with him. He used to offer me cigarettes, lol. After that, I taught myself and jammed with my Dad and various bands throughout the years including a Beatles Bluegrass band based in Chicago and a French vintage pop band here in Ottawa. I’ve also played with many talented musicians throughout the years through my own project.

Who are some of your biggest musical influences?
Joni Mitchell, Bob Dylan, Neil Young, France Gall, Brigitte Bardot, so many!!

How would you describe your sound?
A cocktail of an unknown recipe. Dirty Folk is what I usually say or Canadiana.

What’s your favourite tune in your repertoire and why?
I enjoy singalong songs where my audience joins into the performance. I really enjoy performing my song “Dreams” for that reason.

What can audiences expect from one of your live shows?
Collaboration, be prepared to join in, play shakers and sing. I love connecting with my audience and making my audience part of my performance.

Where can we find your music?
Spotify, iTunes, Bandcamp and at my shows.
Instagram
Faceboook
Twitter
Soundcloud