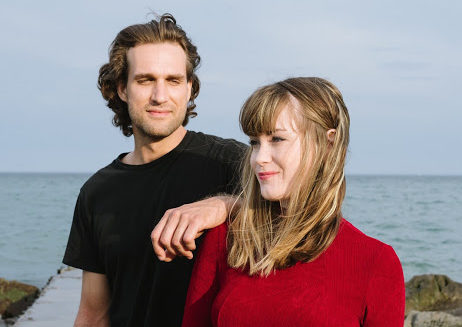 Musician Spotlight Series: In the City

“Sometimes, bad times help us remember better times. It’s a circuitous path to happiness, to be sure. But it’s the one taken by Toronto pop-folk duo In the City on their new EP MaryAnn. Although it was inspired by the untimely and unexpected death of singer Ashley Jane’s mother, the songs— choose to celebrate life rather than mourn loss.

Ashley Jane and Timon Wientzek found their groove when they found each other some four years ago. Singer-songwriter and documentary story producer Jane was with a non-profit that empowered kids through music. Composer Wientzek worked in the studio where they were recording. Their backgrounds were diverse — she grew up twirling in a backyard skating rink as Joni Mitchell, the Rankin Family, Fleetwood Mac and Shania Twain blasted from outdoor speakers housed in Tupperware to thwart squirrels; he absorbed the sounds of everyone from Bon Jovi and Limp Bizkit to Radiohead and even Backstreet Boys (“I really enjoyed the production and the harmonies,” he swears). Ultimately, their differences proved to be great strengths. Their music has been showcased on CBC’s Heartland, Kim’s Convenience and Workin’ Moms, along with CTV’s Saving Hope, commercials and award-winning independent films. Last summer, they undertook a songwriting residency with the Slaight Family Music Lab at the Canadian Film Centre.”

When did you know you wanted to be a musician?
Music has been a life long passion for both of us that started at an early age. We started writing together when we met at a studio in Toronto. After realizing that we had a musical chemistry we decided to form a band.

Are you trained? How did you develop your skills?
Timon is a multi-instrumentalist who has education in music production and audio engineering. Ashley is a trained vocalist and guitar player. We just completed a year long composing/songwriting residency with the Canadian Film Centre where we further developed our skills in writing music for film/tv.

Who are some of your biggest musical influences?
We love Damien Rice, Joni Mitchell, Carol King, Fleetwood Mac and Bon Iver.

How would you describe your sound?
Folk-pop that is story driven and cinematic.

What’s your favourite tune in your repertoire and why?
It depends but right now we’re really feeling “1985”. We’re really proud of that song and how it all came together. Lyrically and melodically we think it’s one of our strongest songs. Instrumentally there is a magic to it that feels hopeful and exciting.

What can audiences expect from one of your live shows?
Even though we’re a duo we usually play with a full band (sometimes even strings!) Audiences can expect an upbeat show that blends storytelling with music and a little awkward dancing!

Where can we find your music?
You can find our music here: Spotify