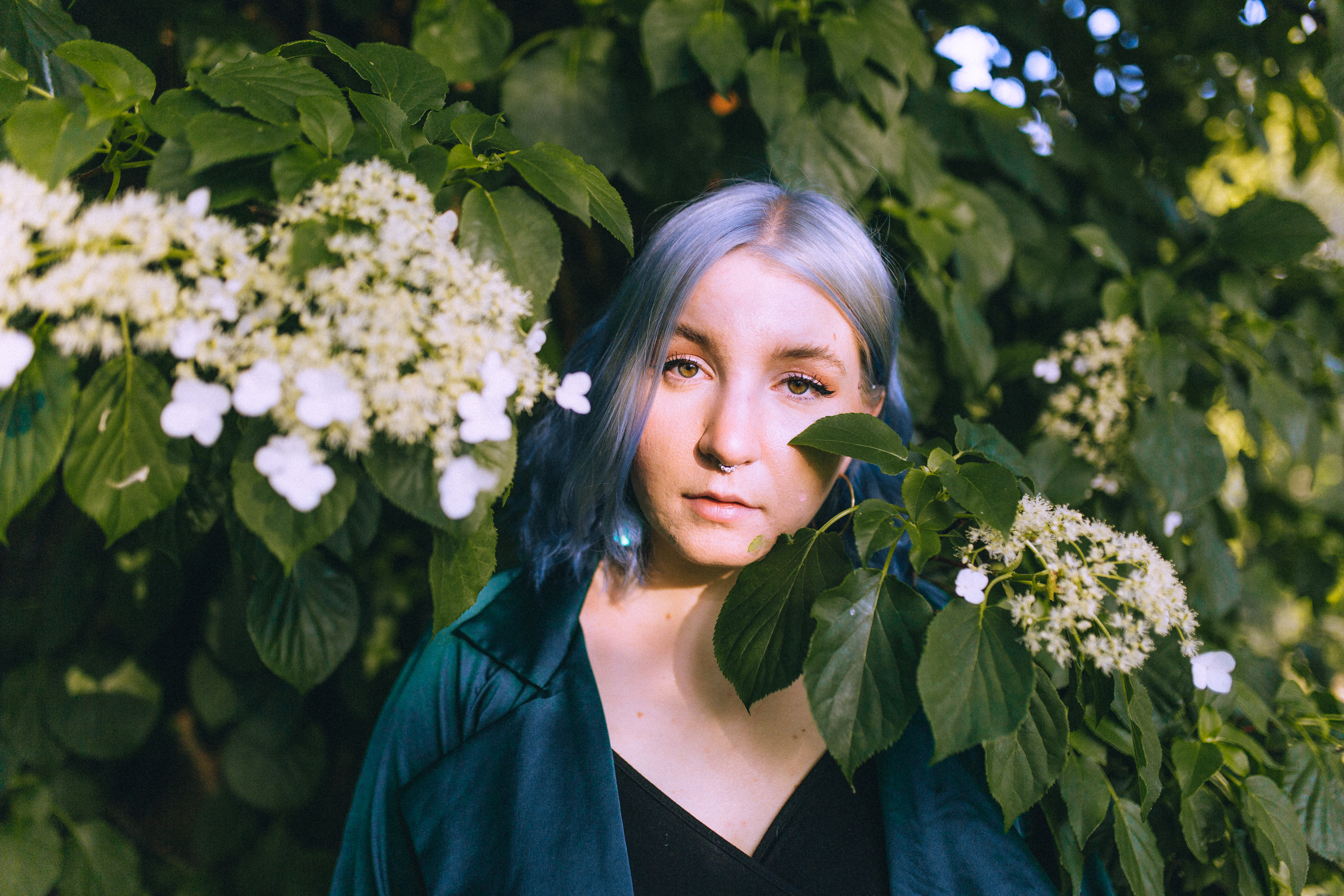 “JoJo Worthington’s latest project, TCYK (The Company You Keep)—released June 2019—is a celebration of her diverse strengths. This succinct powerhouse of an album, co-produced with William Crann, is a magnificently textured exploration of Worthington’s experience as a woman navigating tumultuous relationships. Orchestral and electronic sounds blend, creating serene walls of sound that compliment intimate narratives. Within only a handful of songs, Worthington presents a whole body of feeling. Listeners are guided through conflicts between ephemeral lovers, distant friends, the human and divine. However, TCYK is ultimately a celebration our attempts at connection, as Worthington asserts: “we need to stabilize”—a rallying cry for mutual support between sexes”.

When did you know you wanted to be a musician?
The exact moment, I’m not too sure…When you’re little, I think everyone dreams about becoming some kind of star at some point. I think I knew I wanted to do something in arts but had no idea what or how. For a long time, I thought I wanted to be an Actress but realized after a few musicals that it just wasn’t for me. It made me so anxious. Throughout high school, I began to write songs but by then I shifted my focus to becoming a Pastry Chef! I wanted to be a singer or a musician but at the time it was just a hobby…I hated practicing and I didn’t think I was good enough anyway. It was my friends in high school, and my mom, who really encouraged me to pursue it, but there wasn’t a moment where I just said, “okay here I go!”. Little pieces and moments have brought me here throughout time.

Are you trained? How did you develop your skills?
I began taking singing lessons when I was eight and was trained classically until I was 14. By then I had been in over 20 musicals. Then I went to Eastwood C.I in Kitchener for the Integrated Arts program where I was trained in operatic voice for four years. A part of me wishes I continued in operatic studies, but I was more inclined to learning the technical side of music at the time. After I went to Capernwray Bible School, I went to Fanshawe College for Music Industry Arts where I learned everything I know now about music production.

Throughout all of this, I was also taking violin, piano, harp, clarinet lessons but nothing stuck with me. It was fun for a time, but like a lot of kids, I got bored and had no discipline. When I was 14, my oldest brother bought me a guitar, and that really changed things for me. I just taught myself and after 2 years began playing ukulele.

Who are some of your biggest musical influences?
Sufjan Stevens, Björk and Kate Bush are my holy trinity.

How would you describe your sound?
Not sure…my bio says experimental post folk, haha! It keeps changing!

What’s your favourite tune in your repertoire and why?
I think the best song I’ve ever written is either “Two Lines” or recently, “Synchronize”. I love the changes in both songs and how cinematic and dramatic they both are.

Where can we find your music?
Spotify, Apple Music, Bandcamp, anywhere your heart desires!