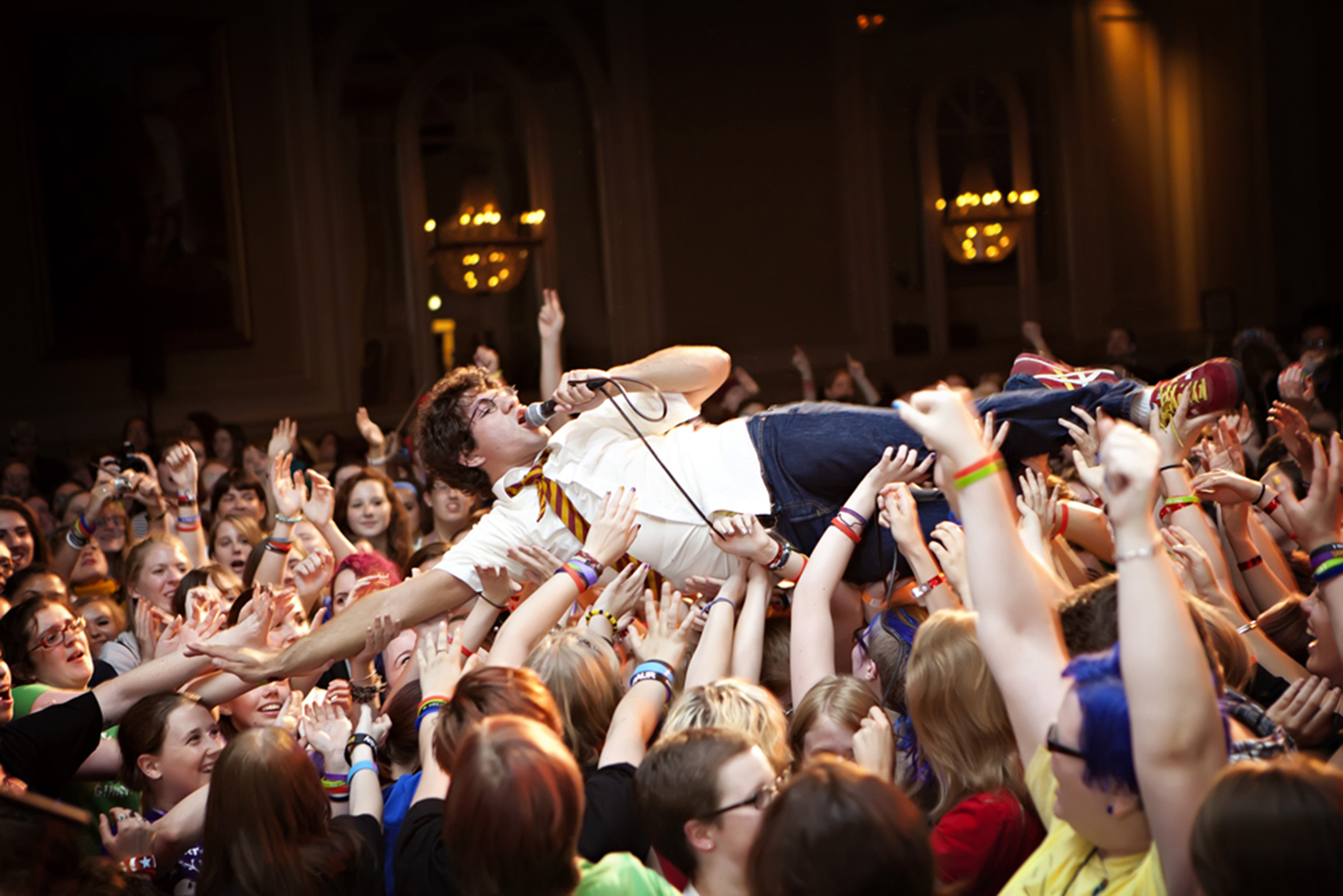 Harry and the Potters

“Harry and the Potters are the first wizard rock band. They play songs exclusively about the Harry Potter books. The band consists of brothers Joe and Paul DeGeorge. They grew up in a suburban Boston house that has a cupboard under the stairs. Since 2002, Harry and the Potters have performed over 800 shows in libraries, rock clubs, art spaces, bookstores, basements, and all ages venues all over the world. Their high-energy live show has become legendary. Pitchfork placed the band in their Best Live Shows of 2005 list noting, “the greatest rock and roll tour of the year took place this past summer in public libraries across America… The Decemberists wish they could lit-rock like this. In 2019, they will release Lumos, their first full-length album in over a decade, and will embark on an extensive summer tour of libraries across the United States”.

When did you know you wanted to be a musician?
Joe: When I got my first CD which was Apollo 18 by They Might be Giants I fell in love with the song “Mammal.” Its a informative song about what makes a mammal a mammal and it was great to see that music could really be used in this way to convey information in such a way. Music can be both serious and irreverent at the same time. I said to myself I want to make music like this and so I started doing it.

How did you get into Harry Potter?
My friends were reading Harry Potter and loving it. Around that time my aunt gifted me and my sister the books for Christmas and I became a wizard.

Are you trained? How did you develop your skills?
Trained as a Wizard? Heavens, no. Our magic is raw and undefined. I did take 12 years of piano lessons and learned to play saxophone in school. I taught myself how to growl though.

How did the band come together?
Paul had the idea for Harry, Ron, Hermione, and Hagrid to be in a band together. He couldn’t convince his friends to do something that goofy but I was down to clown and we both looked like Harry Potter so it made sense that we both play Harry in the band. Harry Potter has a lot of punk rock elements to his character. He’s anti-authoritarian and engages in these do it together projects like Dumbledore’s Army to fight institutional injustices. It is only natural that he would front a band.

Who are some of your biggest musical influences?
They Might be Giants teach us to make songs that are clever and layered, something for for children and adults at the same time. Bruce Springsteen teaches us how to dream and Clarence Clemons how to honk. Fugazi teaches us how to and how to not conduct business. We have lots of friends that have inspired us as well Kimya Dawson who is on our new record as Hermione. She has always been an inspiration of how to be clever and funny and honest and fearless in music. I think Paul has been taking a lot of cues from Superchunk. My mom thinks one of our songs on the new record sounds like the Lone Ranger so maybe we’re on the yeehaw bandwagon now.

How would you describe your sound?
Wizard Rock.

What can audiences expect from one of your live shows?
Our shows are a way to celebrate these stories that live inside all of us. If you love these books it’s an excuse to come dance and yell and express that joy loudly.

Which Hogwarts house are you in and why?
Gryffindor. We are bold and rowdy and ready to take down Voldemort.

Where can we find your music?
We will have it on tour with us this summer! We’re on a huge 9 week tour mostly in libraries but I understand you have a readership in Canada so here are our remaining Canadians shows.

You can ask for our new album at your local record store or you can online find it online via harryandthepotters.com, Bandcamp (harryandthepotters.bandcamp.com) or whatever streaming platforms you choose to allow your personal activity.