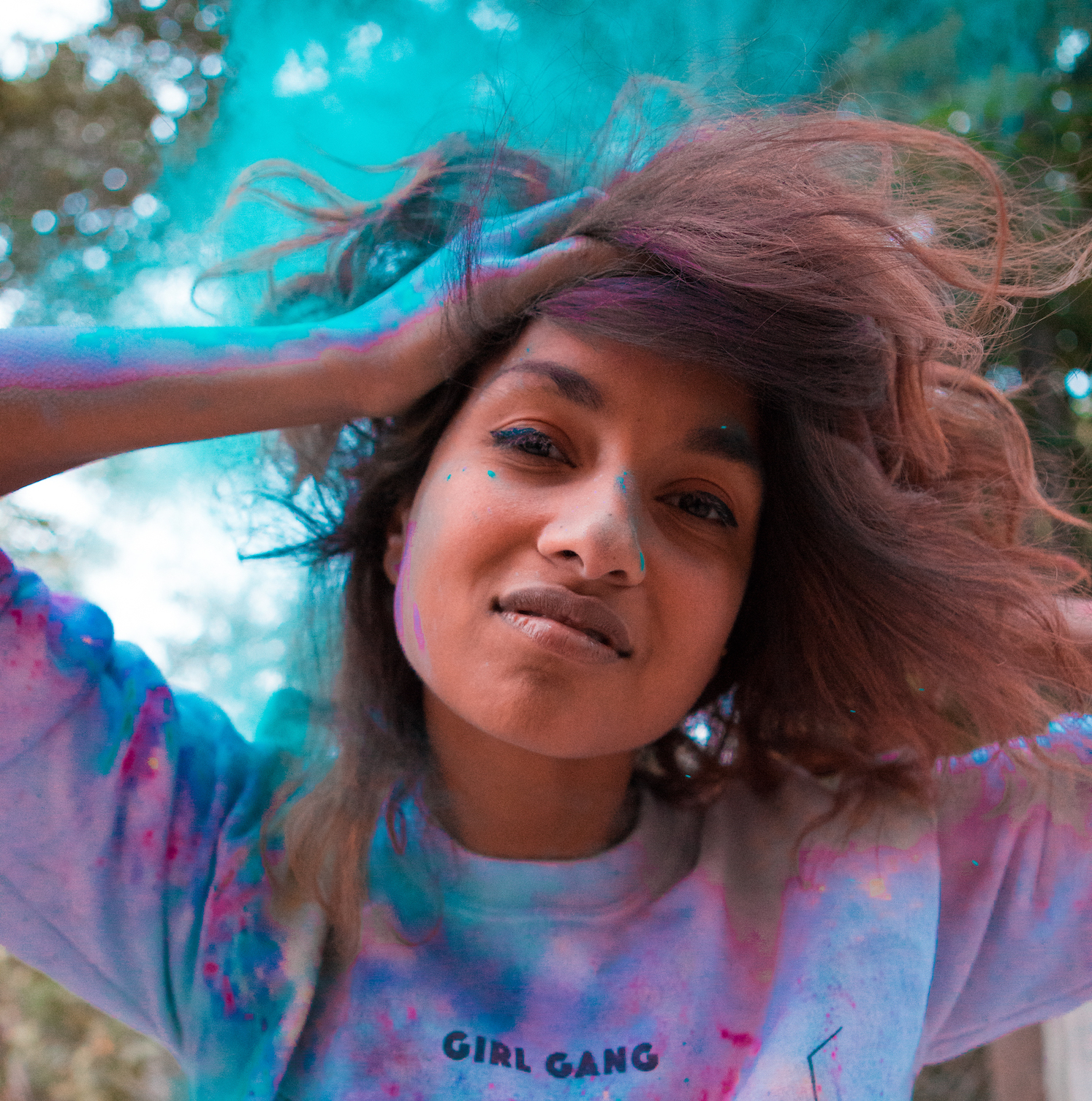 “‘I Made This For You’ is the 2nd single to be released from Toronto-based synth-pop/jazz artist Tara Kannangara’s new album It’s Not Mine Anymore. The 1st single, a cover of Peter Gabriel’s ‘Come Talk To Me’  was released in September 2018. Tara created the video for ‘I Made This For You’ on her iPhone, combining old footage of her as a child, along with Instagram stories and videos of family and friends from the past 3 years. Check out the video HERE.

Tara will be touring in support of the new album in June and throughout the summer, stopping in Toronto at The Baby G on July 25th”.

When did you know you wanted to be a musician?
When I was in high school, my band teacher, Mrs. Webster, suggested the idea to me. Hilariously I hadn’t considered it even though by that point I had been taking music lessons most of my life. I’m pretty sure I wanted to a lawyer, although looking back, I cannot conceivably understand why a conflict-averse libra would be good at arguing cases. Anyways, after my teacher suggested it, I started to consider it more seriously.

How did you develop your skills?
I started taking piano lessons when I was around 4 or 5 and, when I got a little older, I took voice lessons and joined band in middle school. I then went on to study music at the University of Victoria and the University of Toronto. I did a lot of music competitions when I was younger, which benefitted me in some respects, but it made me a little uptight. I was afraid of making mistakes and while I’m grateful for the experience, being in an environment where you’re constantly being judged can be a bit inhibiting. I think I only started to develop as an artist when I started making music with my friends who also happen to be incredibly accomplished musicians. They directly and indirectly inspired me to push myself. I also wasn’t afraid to mess up in front of them because it felt like an environment that rewarded risk, even if I fell flat on my face.

Who are some of your biggest musical influences?
Right now I’m really into Deerhoof and Big Thief; I’ve definitely learned a lot from those bands. But going further back I was really informed by musical theatre, I’m definitely a big Sondheim fan. Also, I’m really into early 2000’s top 40 hits. Shout out to SClub7.

How would you describe your sound?
I would say it’s a hybrid of Synth, Pop, Jazz, Electronic, and a bit of musical theatre, because…why not?

What’s your favourite tune in your repertoire and why?
I wrote a song called ‘The Love Song’ and it was my mission to write something that felt like my version of a romantic love story. It took me a while to write it, perhaps the longest out of all of the songs on the record, but it’s definitely the most thoughtful and I love to perform it.

Tell us about your band members and how the group came together.
Almost all of us went to school together so we’ve spent a lot of time playing and hanging out. They’re all remarkable musicians/artists in their own right, so I feel very lucky to have them in my band. We’ve all known each other for close to 10 years so we didn’t come together in a formal way, I think we just wanted to play gigs. I think our guitarist is our newest member, but “new” isn’t exactly the most appropriate word because we’ve been friends for awhile. Shout out to Chris Pruden, Matthew Fong, Julian Anderson-Bowes, Mackenzie Longpré and Colin Story! They’re huge contributors to the work.

Walk us through the writing process for your upcoming album.
It took a long time. A lot of rehearsing, a lot of reworking, a lot of refining, and a lot of performing took place before I was satisfied, but I’m happy I didn’t leave any stone unturned. I feel super proud of the work.

What can audiences expect from one of your live shows?
Hopefully what you will see is a group of musicians who clearly care about each other doing what they can to make the music as engaging and risky as possible. We try to mix things up a lot, I hate playing the same way for every show.

Where can we find your music?
You can find me everywhere! But more specifically Spotify, Apple Music, YouTube and all major streaming platforms. And you can also find me at tarakannagara.com.