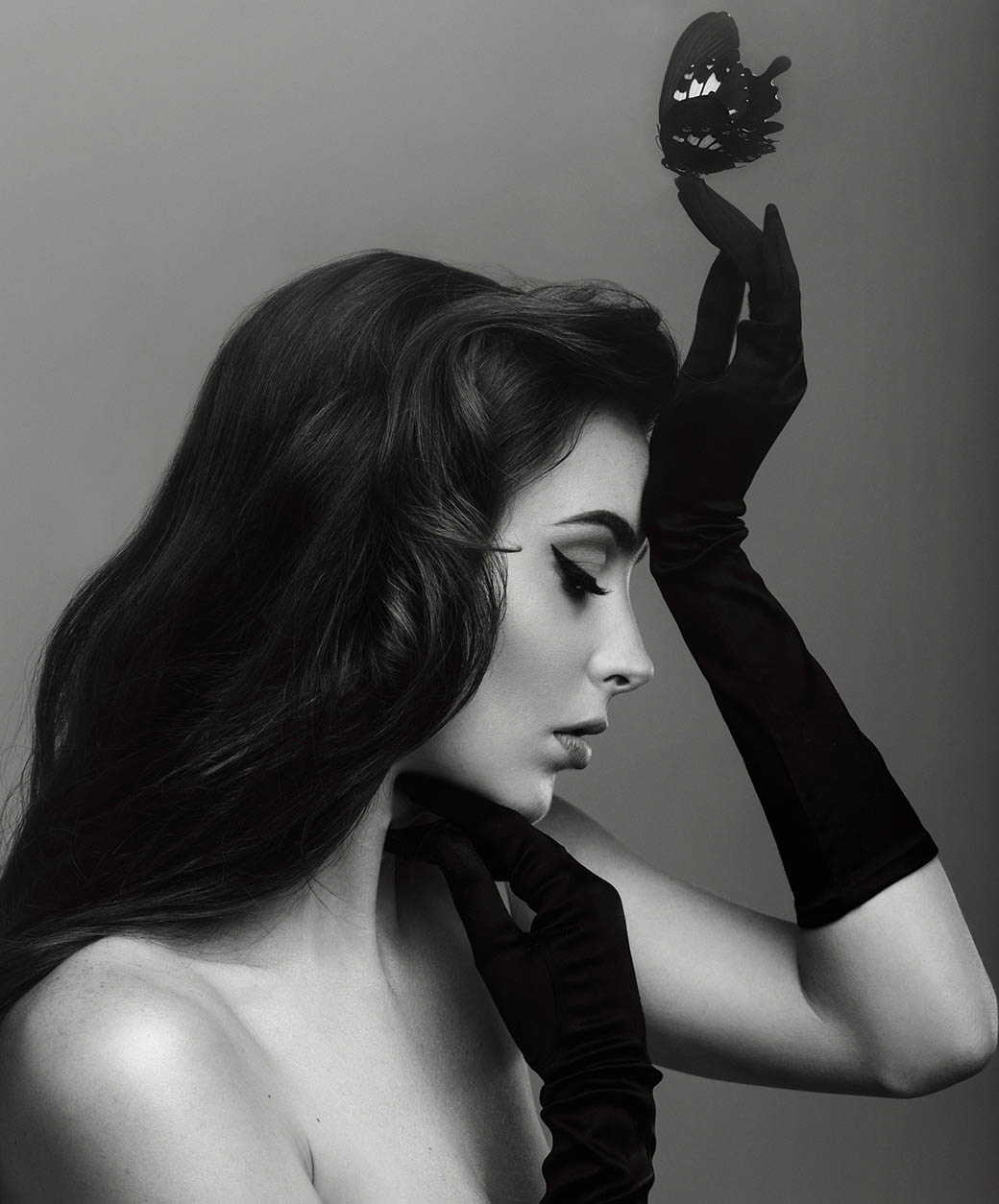 “Born in Oshawa, Ontario but raised in British Columbia, ROYAL was discovered by noted music producer Jack Lenz while performing at a family gathering. Their resulting album collaboration, 2009’s Seasons, spawned multiple film and TV placements and earned ROYAL top honours in the We Are Listening Singer/Songwriting Competition for the track, ‘No Sleep’.

After evolving her sound from folk-pop origins into a pop fusion of dream, electro, and indie elements, ROYAL and producer Luca Fogale tapped into themes of tortured romance and the loss of identity for her second album, 2018’s Heart of Shadows.

Check out her new music video for the album’s lead single, ‘Vessel’, on YouTube.”

When did you know you wanted to be a musician?
I’ve always felt a deep connection with music so, in a way, the desire has always been there. Even before my teen years, music had become my way of expressing myself and communicating with the world. When I was sixteen, I met Jack Lenz of Lenz Entertainment, who provided me with the opportunity to pursue music as a career and take it to the next level by moving to Toronto and recording my first album, Seasons. I will always be incredibly grateful to him for that transformative experience.

Are you trained? How did you develop your skills?
I took guitar lessons when I was young, but until recently, I gravitated towards singing along with the greats to tone and strengthen my voice. I would pop on a record or CD and sing along with Billie Holiday, Sarah McLachlan, Adele, or whoever I felt would push me that day and challenge me to try out new techniques and ranges. I just sang all time – it’s my happy place. Now I see a vocal health coach every once in awhile to make sure that I am using proper technique and not hurting my voice. Beyond singing, I am dedicated to attending as many music business lectures as I can. I’m a huge nerd and I love to learn, so I would say that learning is the key to how I develop as an independent artist.

Who are some of your biggest musical influences?
There are so many artists that I look up to and am influenced by. I grew up listening to such a broad range of styles that I feel perhaps that has been the most influential part of my development as an artist. It has allowed me to explore my creativity without feeling confined within one identity, sound, or structure. Billie Holiday, Annie Lennox, The Beatles, Lana Del Rey, Lorde; all of these artists have had a definite impact on my sound and style.

How would you describe your sound?
My sound exists between cinematic indie and electro-pop. It is deeply emotional with dynamic flare, and comes from a very vulnerable and personal place. My songs are a reflection of my life experiences and my mission with my music is to create something that dives beneath the surface and moves people.

What’s your favourite tune in your repertoire and why?
My favourite song at the moment is “Vessel”, the lead single from my newest album, Heart of Shadows. It is very heartfelt and personal for me. Our new music video for “Vessel” really showcases the emotional qualities of the song because our actors Tiera Skovbye and Jordan Connor bring those feelings to the surface and emphasize the depth of the song.

What can audiences expect from one of your live shows?
My goal as a live performer is to create a cinematic experience and take the music to a level that captivates and pierces the hearts of the audience. It’s something I have worked very hard at. Along with my own original music, I like to throw in a couple of covers to spice things up and play with the crowd a bit more.

Where can we find your music?
You can find my music on my website (RoyalOfficial.com) and all the usual places: @IAmRoyalMusic on Facebook, Instagram, and Twitter. You can also check out my album, Heart of Shadows here.