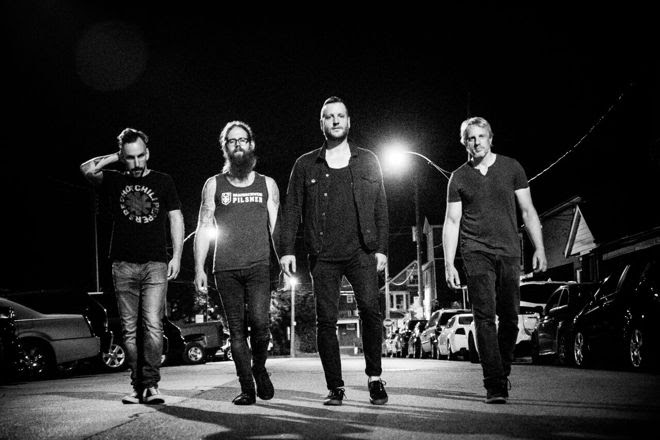 When did you know you wanted to be a musician?
11 years of age.

Are you trained? How did you develop your skills?
I’m not trained. I learned from listening to music and initially trying to write songs that sounded like the songs that I was listening to. Eventually, I was able to create what I would call my own sound. I also write with our bassist, Glen and co-writing with him has also shaped how I write songs.

How did the band come together?
Glen and I were in a band previously called Sproll. After Sproll disbanded, Glen and I continued to write music and we actively began seeking out new members. We met Matt one day at a local music store and he’s been with us ever since. We eventually found a drummer, Charline, and we recorded our last album while she was still in the band. She left the band in September of 2018 and we then found Nic, our current drummer, through a friend – and that’s how it all went down.

How would you describe your sound?
We sound like The Police and The Strokes made a baby…in space. At least we did sound like that. You may want to replace one of those bands with The Kinks.

What’s your favourite tune in your repertoire and why?
At the moment it’s a song called “TV”. It’s our closer. It’s fun, fast and totally obnoxious. I love it!

What can audiences expect from one of your live shows?
A bit of everything. We have songs where I play the acoustic and its sort of a hypnotic thing. We also have songs that hit hard and make you want to sing along with us. The crowd is usually a big part of what we do live. We like the back and forth.

Where can we find your music?
You can look us up on Spotify. Our entire album is available there.