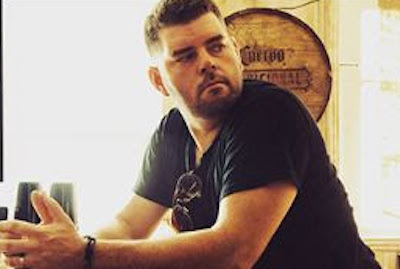 “Chris Turner is a singer/songwriter from Ninety Six, SC and a veteran of the United States Marine Corps. Since arriving in Nashville, Chris has released two records American Fighter and What I’m Talkin Bout. Chris’ 3rd Project the American Made EP was released in January 2019 with his lead-off single “If You Drink”.  Chris’ highly energetic show has earned him opportunities to open for such acts as  Aaron Tippin, Darryl Worley, Craig Campbell, Trent Tomlinson, Bucky Covington, Will Champlain, And Tracy Lawrence to name a few. Keep current with Chris Turner on his website and stay in touch with him on his social media platforms Facebook, Twitter, Instagram and YouTube“.

When did you know you wanted to be a musician?
When I was 14 years old “All I Need to Know” by Cheney came on the radio and it hit me like a ton of bricks. I was going through a rough patch and the lyric helped me through it. I decided then I wanted to be able to do that for someone else. Pay it forward in a sense.

Are you trained? How did you develop your skills?
Self-taught on guitar but have had some training with my vocal. It’s all like a muscle, the more you work it, the stronger it gets.

Who are some of your biggest musical influences?
My biggest influences are Garth Brooks, George Strait, Eric Church, earlier Kenny Chesney.

How would you describe your sound?
My sound is different. It’s a cross between all of my musical influences. I’d say it’s modern/traditional country.

What’s your favorite tune in your repertoire and why?
My favorite tune in my repertoire is “If You Drink” it has such a catchy hook but there is so much meaning behind that song. It is a song to where anyone can paint their own picture with the lyric. I happen to see a vet struggling from PTSD and looking for a way to deal with it. I actually had someone else tell me that thought it was about a fella who lost his job. So in short it is a very well written and crafted song.