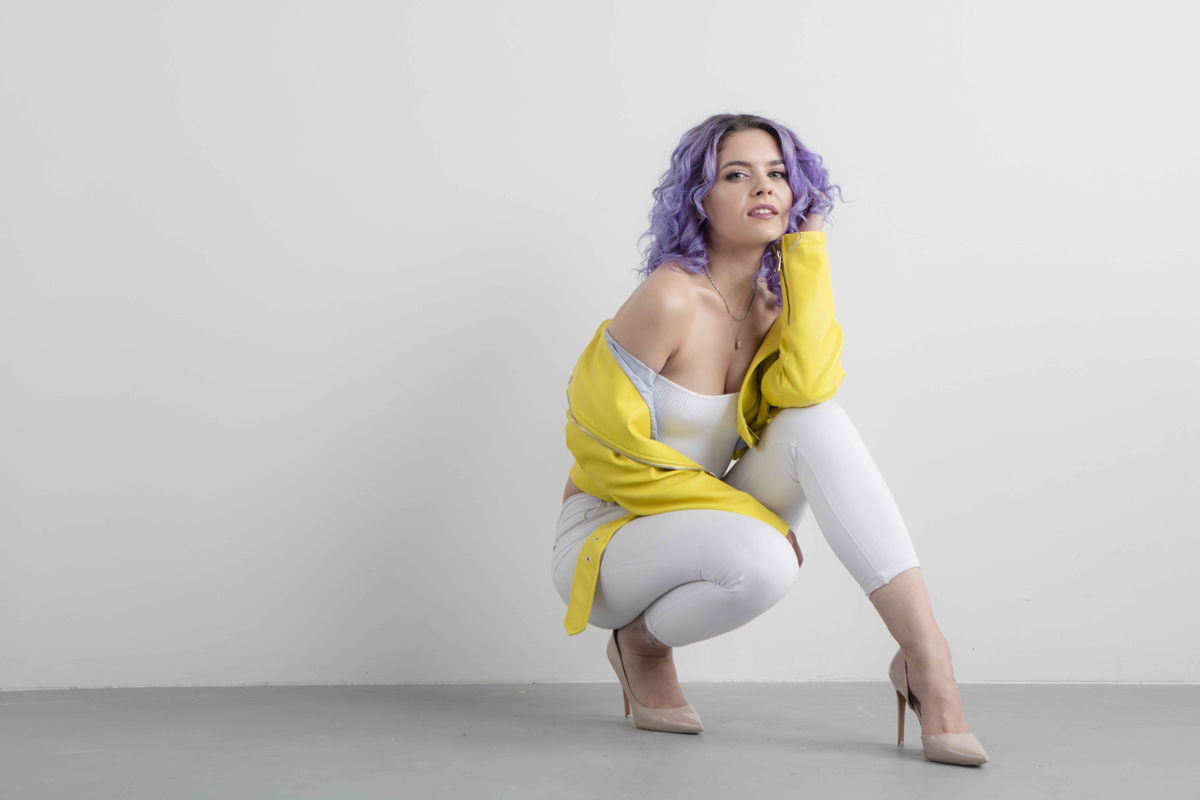 “Born in Bulgaria, Geneva’s family moved to England when she was just 9 years old, and then to Canada’s West Coast (Vancouver) at the age of 15. She has been influenced by these hugely artistic regions of the world and knows she is not typical of today’s pop music diva. Her first single “Tornado” became and instant hit with listeners earned a placement on Stingray’s Hit List playlist garnering rave reviews nationwide. On and offstage, the love for the arts and for being compassionate run through Gabriela. Before deciding to pursue a solo music career, she was headed down the path of Musical Therapy and Social Work. No stranger to the stage, Gabriela has opened for JUNO Award Nominees Shawn Hook and Ria Mae captivating audiences with her exotic and upbeat pop/R&B sounds”.

When did you know you wanted to be a musician?
I’ve always been drawn to music ever since I was a little girl. I started singing with the Disney Princesses and never really thought much of it past the fact that I just felt happiest when I was singing. It wasn’t until later that I realized you could make that your job, and it wasn’t until my family and I came to Canada when I was 15 that I felt it was even a possibility for me to pursue music as a career.

Are you trained? How did you develop your skills?
I’ve taken some vocal lessons but as far as formal training I didn’t go to school for music or anything like that. I’ve just developed by doing. I’ve been performing and writing and singing and recording for years now and this year it’s really been amazing to see the progress from even two years ago when I released my last single. This new single really shows me all the hard work is paying off, so that’s the most important thing to me – seeing growth.

Who are some of your biggest musical influences?
I think in terms of my style my background is my biggest influence. Growing up in Bulgaria, the rhythms, the percussion, the dissonant harmonies, etc. In regards to artist influences, I’ve always been the most drawn to pop so, of course, Michael Jackson is number one. In more recent times I’ve been really in love with Camila Cabello. I love how her experiences and her culture really flow through her music which is something I can relate to.

How would you describe your sound?
I would say it’s a bridge between Eastern and Western cultures. It’s an organic pop/RnB sound that seems to come out of me. I love mixing electronic sounds with one or two prominent real instruments to spice things up and tickle the ear.

What’s your favourite tune in your repertoire and why?
Currently it’s my new single “You Were Right”. Not only because it’s the newest and freshest for me out of my songs right now, but because it really is exactly what I wanted to write. I co-wrote it with Rob Wells and Shobha (The Fourth Floor) which was by far one of the most amazing experiences of my life so far, and we were on the same page from minute 1 on what I wanted this song to be. It was such an easy writing session, the song was just meant to be born.

What can audiences expect from one of your live shows?
Great beats and great times.

Where can we find your music?
You can find me on Spotify, Apple Music, Google Play, and all the other platforms! Just type in my full name and look for the girl with the purple hair.