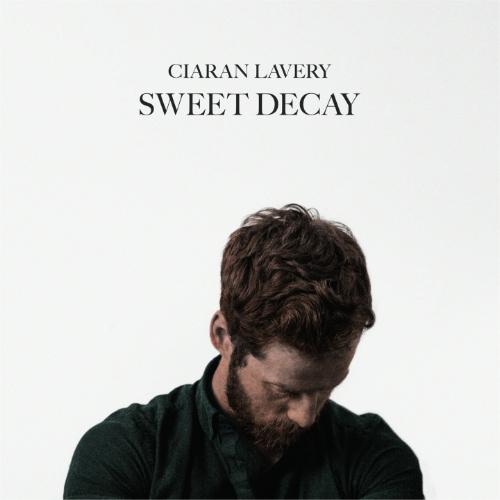 Irish singer/songwriter Ciaran Lavery is on a brief North American tour in support of his album Sweet Decay, released on April 13, 2018. A native of the tiny village of Aghagallon in County Antrim, Northern Ireland, his 2016 release Let Bad In won a Northern Ireland Music Prize, and he’s racked up over 80 million streams on Spotify in a five-year indie career. The latest video for “13” was released in May, he’ll be playing Toronto’s legendary Horseshoe Tavern on June 25, and his latest album Sweet Decay can be streamed HERE.

Ciaran’s raspy, expressive voice lends itself to the material, which covers the usual pop/rock range of a singer-songwriter with a good sense of variety musically. The tracks have a strong rhythmic pulse, and his urgent guitar playing is often fleshed out with keyboards. Where he really differs from the pack is the sincerity and originality of the lyrics, all of which he pens himself. The songs cover romance and relationships with insight and a talent for original turns of phrase. He sees the whimsical and mines everyday references for new meaning. “I come from a working class background,” he notes.

I’ll love you baby till the parking ticket runs out,

Till the lights in the street are as bright as the stars,

And you can’t work out which way’s round,

And you button my shirt and fasten my tie,

I could run round the earth till the well runs dry,

“I started playing music around 14 or 15,” he says. Ciaran recalls that it was his brother-in-law who emerged as a major influence in his musical education. “I was heavily into punch rock and hip hop,” he says. His brother-in-law would give him the music of Joni Mitchell, James Taylor, and other classic singer/songwriters of the 1960s. He’d give Ciaran the album with post-it notes to point out particular tracks to listen to. But, it wasn’t exactly love at first listen. “I don’t get this,” Ciaran recalls feeling. Not wanting to disappoint his brother-in-law, he kept listening until he did, and was hooked.

The influence set him in the direction of songwriting. “I spent about 10 years writing horrible songs,” he says. “It was a touch of Dylan, and a dash of Neil Young,” he laughs. More than the music, he realized that the lyrics needed more weight. “I hadn’t lived enough,” he says. “I was desperate to be as heartbroken as Hank Williams.”

After going through the first stage of all songwriters – trying to achieve some kind of generic sound that you’ve heard on the radio – he began to develop his own style. “I was probably not mature enough,” he admits.

It takes some guts to pour your heart out in a song on stage, alone. But, the honesty and even the discomfort that comes from being so candid, is what he aims for. “If it makes me feel instantly uncomfortable, I know I’m on the right track.” He calls the process both cathartic and frightening.

Musically, his tastes were broad, and his influences come from many directions. As a teenager, he did what so many musicians do. “You find a friend who has a garage, and you start a garage band.” While there was a mic and a stand set up, there was a problem. “None of us wanted to sing,” he says. Gradually, he learned to love the mic, and the band began to get gigs locally. “When we got our first show in Dublin, we thought we’d made it.”

It didn’t take long, however, for him to realize that Ireland was a small market in the music business. At the same time, he was developing his own musical vision, and it led him to break with the band and, after about 7 or 8 years, launch a solo career by his mid-twenties. He looks on it as a valuable experience. “I got to make all of my first mistakes there, with a band.”

Nowadays, on the current tour through North America, it’s all solo. “It’s quite lonely when you’re alone on stage,” he notes. His tour brings him to Toronto on June 205, swinging south to the U.S. for about another two weeks. For the first time, he’s entirely on his own on the tour. “When I say it’s a solo tour – it really is a solo tour,” he laughs.

Ciaran’s hoping he’ll learn something from the experience. “Maybe it’ll show up in a song.”