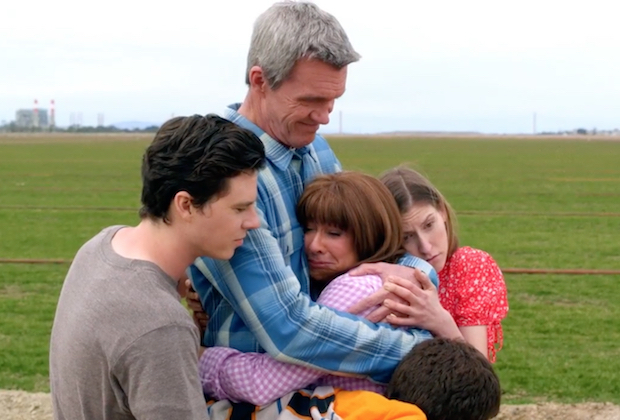 The End of The Middle

ABC’s overlooked comedy gem came to an end this week after nine seasons of sweet and sincere purposeful mediocrity. The Middle was a kind show with a big heart that celebrated the unremarkable and, in its uncompromising “middle”-ness, made large swaths of viewers feel seen in a way no other TV show accomplished. There was something remarkable about the averageness of the Heck family- they lived in the middle of the country in a mid-sized town, they didn’t have much money but they had more than some, they were happy but not too happy and close but not too close, they even looked pretty normal rather than looking like a Hollywood version of “normal”. There was nothing remarkable about them but, for nine seasons, we spent Wednesdays (then eventually Tuesdays) with them and, by delving into the struggles and insecurities and relatable humdrum realities of averageness, the writers proved over and over that everyone’s story is worth telling, no matter how unremarkable.

The final episode of The Middle was a two-parter that, perhaps appropriately, was a little bit average. Far from one of the series’ best episodes, “A Heck of a Ride” was solid but not brilliant, delivering expected closure with expected loveliness and expected moderate laughs. Anything else wouldn’t have felt quite right.

The standout moments, at least for me, aligned pretty cleanly with the elements of the show I always liked best. I was never a Frankie fan (Patricia Heaton never rings particularly true for me) and Brick only worked when they really lined his story up beautifully, but the other three Hecks always hit me straight in the heart. The one moment we all knew would be in the finale was a romantic triumph for long-suffering Sue whose earnest entanglements had long been a highlight of the show. The slow-burn setup that led to her inevitable breakthrough with kind neighbour Sean made the payoff pretty sweet, especially considering how easily Eden Sher had welded the audience’s hearts to Sue’s over the course of nine seasons of trying and trying some more. I can’t think of any other TV character quite like Sue Heck with her relentless failure and immovable optimism. Sometimes I think Sue Heck was the role model we didn’t know we all needed and I’ll miss her dearly now that she’s gone.

The other great moment of the episode (probably the best moment of the episode) involved Mike giving Axl his father’s old watch. It was inscribed with the latitude and longitude of the family house “so he never forgets where he came from”, which is eye-roll cheesy but sincere and adorable in the most Middle-y way. Mike’s the best thing about The Middle and I refuse to hear arguments otherwise. Charlie McDermott’s wonderfully id-driven Axl works for similar reasons but, in such a sentimental show, the stoicism of Neil Flynn’s patriarch was always the ingredient that made the show palatable. Plainspoken, simple, stubborn, and just deeply deeply normal, Mike was a character who somehow embodied the problems of his demographic without succumbing to them and his fundamental kindness was always the show’s most moving feature.

I’ll miss the Hecks. And I’ll miss The Middle. Through nine seasons the characters grew and changed and moved on and upwards and it was a pleasure to watch them do it. In the end, what was perhaps the most refreshing was the writers’ refusal to make moving on and upwards a move away from “the middle”. Only oddball Brick (Atticus Shaffer) ended up with a life one couldn’t call average (he becomes a famous novelist… and I like to think he ended up with Cindy but I don’t think that was confirmed). The narration (always my least favourite part of the show) informed us that Mike and Frankie “never won the lottery”- they never made it big with online casinos or placed the right bet on the right Colts game- and they never fixed any of the many things broken in their house. Sue married Sean (reverend Tim Tom officiated) and got the hotel job she’d been training for since the insightful episode when she finally gave up on her big crazy dreams in favour of reasonable happiness. Axl moved away for a corporate job, but he ended up back in Orson, married to Lexie, with three boys just like him. It all ended up right where it should have ended up- characters grew and changed and moved on and upwards but at the end of the day they came out somewhere in the middle, as most of us do, and there’s nothing wrong with that.