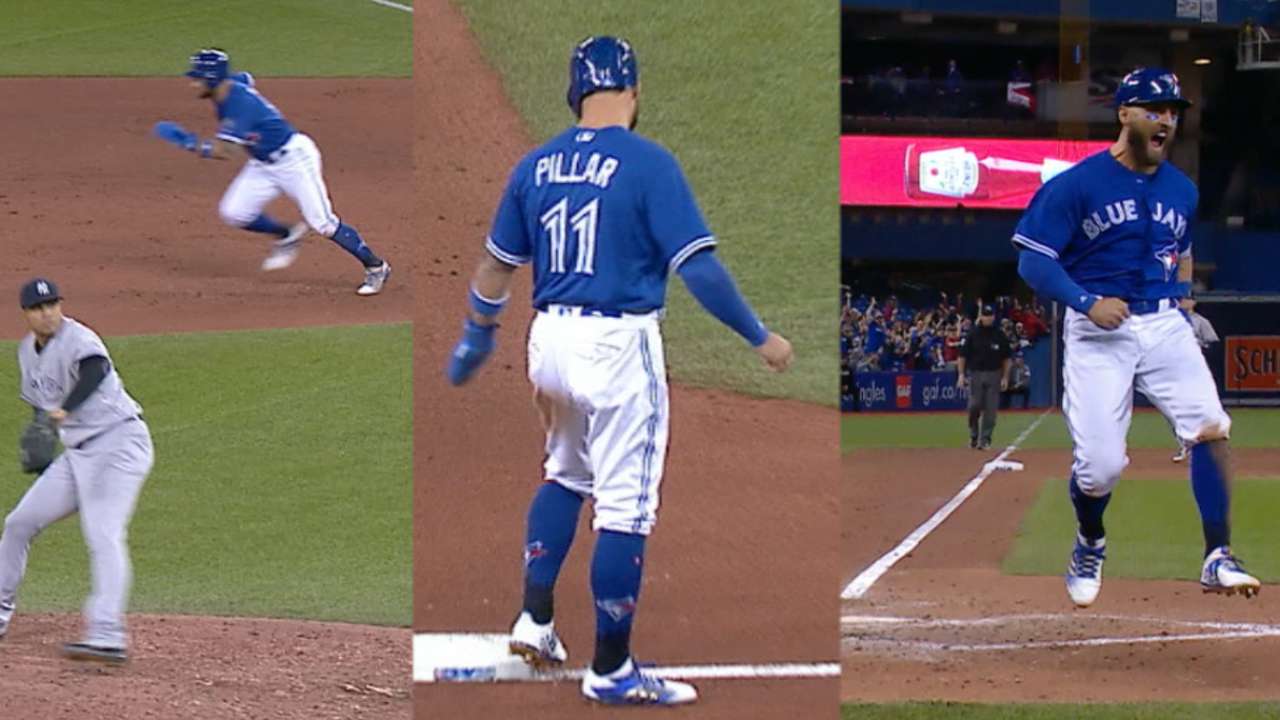 There is no such thing as a must-win game in the opening series of a 162-game season, but after being utterly dominated by Luis Severino and Masahiro Tanaka in the first two games of the 2018 season, the Blue Jays’ late inning win in Game Three felt much bigger than it should have. After last year’s disastrous (and ominous) 8 -17 April record, losing the first three or four to the Yankees and falling to the division basement right out of the chute would have led to some clenched sphincters in the Rogers Centre’s third base dugout.

Beginning a series on Monday against a young, talented and inexperienced team with nothing to lose like the White Sox while feeling the pressure of trying to turn around an 0-4 start would have been rough. Winning games 3 and 4 vs. New York in the late innings makes 2-2 feel much better than it really is but it should allow this team to just settle in and play without worrying about the spectre of last season’s bad start hanging over them. Some trends from last season haven’t gone away, though…

-No one except Josh Donaldson knows the truth about how much his shoulder is hurting him, but in these first four games he has missed at least 7 or 8 pitches that might well have crushed when he is locked in at the plate and has already struck out six times (five times swinging). It is certainly possible it is just a coincidental slump and that those missed opportunities are not injury-related, but I watched a few spring games and all of these first four regular season games and I have yet to see him hit a ball hard since the calendar turned to 2018.

-The Blue Jays should just petition MLB to allow them to take a 1-0 loss in their home opener every year, keep the Rogers Centre closed that day, pocket the hydro bill savings and save the fans the disappointment. Toronto is winless in each of their last 7 home openers (the third-longest streak in MLB history) while being outscored 38-17. Many of them were preceded by nice moments like Donaldson receiving his 2015 MVP award from George Bell and this year’s emotional ceremony to retire the late Roy Halladay’s number, but the games that followed have all been duds. Maybe save the ceremonies for the second game of the opening homestead, guys. And while we’re saving everyone time and energy, the Jays should also contact the Yankees ahead of time to see if they will mutually agree that every start vs. Tanaka will end with 7 innings, about three hits and perhaps one run scored. Watching them repeatedly flail aimlessly at his assortment of breaking pitches has been uniquely torturous these last few seasons and the current lineup incarnation seems unlikely to break that trend any time soon. Honestly, the best thing I can remember about a Blue Jays home opener in the last 20 years is when Ken Huckaby separated Derek Jeter’s shoulder

-Much credit to Kevin Pillar, who has been terrific with the bat this spring and whose three stolen bases in the eighth inning of Game 3 gave life to a team that had looked dead to that point. However, for Jays fans who still wonder why he hasn’t won a Gold Glove in his career, the second inning of Game 2 provided a perfect distillation. Yankees shortstop Didi Gregorius laced a ball to dead centre field, freezing Pillar for a moment and costing him any chance of catching the ball. The missed catch isn’t necessarily the issue (any outfielder will tell you that a ball hit directly over their head is the hardest to judge), but his throw after fielding the ball off the wall was both reckless and costly. He overthrew both cutoff men, allowing Gregorius to easily advance to third base with none out. Instead of the panicky parabola he unleashed, a strong, accurate throw from Pillar to a waiting middle infielder might well have helped cut down Didi at third or at least held him at second. Pillar does not possess a great throwing arm, but that shouldn’t matter much – the best defensive outfielders always throw to the right place, and I think American League baserunners know Pillar can’t be relied upon to do that. American League award voters appear to know it, too.

-Anybody else already wondering how bad the National League shortstops all must have been in 2016 for Aledmys Diaz to be named an All-Star? Was there some sort of middle infielder stomach virus/plague/food poisoning epidemic in early July that year that didn’t allow anyone else to attend? Somewhere Jhonny Peralta is walking around on a beach, muttering “I lost my job to THAT GUY??”. (Irresponsible Conspiracy Theory #1 for 2018 : its a conspiracy plot concocted by Mark Shapiro and Ross Atkins to make Tulowitzki look comparatively glorious when he returns from injury sometime in late 2023.)

– The Blue Jays have already struck out 45 times while drawing just 12 unintentional walks in their first 34 innings. If those numbers don’t even out somewhat, even a .500 record will remain a bridge too far, never mind a postseason appearance. Newcomers Randall Grichuk, Curtis Granderson, Yangervis Solarte, Diaz and Gift Ngeope have combined to strike out 14 times and walk exactly once. Last season Toronto’s .312 on-base percentage was fourth-worst in MLB and there are no early indicators of that problem going away. Their starting pitching will keep them in most games, just as it did this weekend (both Stroman and Sanchez were hurt by missed calls on strikeout pitches that would have spared them a lot of subsequent damage), but an inability to extend innings, pitch counts and pitching staffs will prove fatal over the long haul. Pillar stealing home or Justin Smoak hitting a grand slam in the eighth innings of Games 3 and 4 were unicorns: gifts from the baseball gods that appeared almost out of nowhere and temporarily allowed the Blue Jays to keep from falling behind. Moments like those don’t happen nearly often enough to be relied on to overcome such a large plate discipline problem over the long haul.