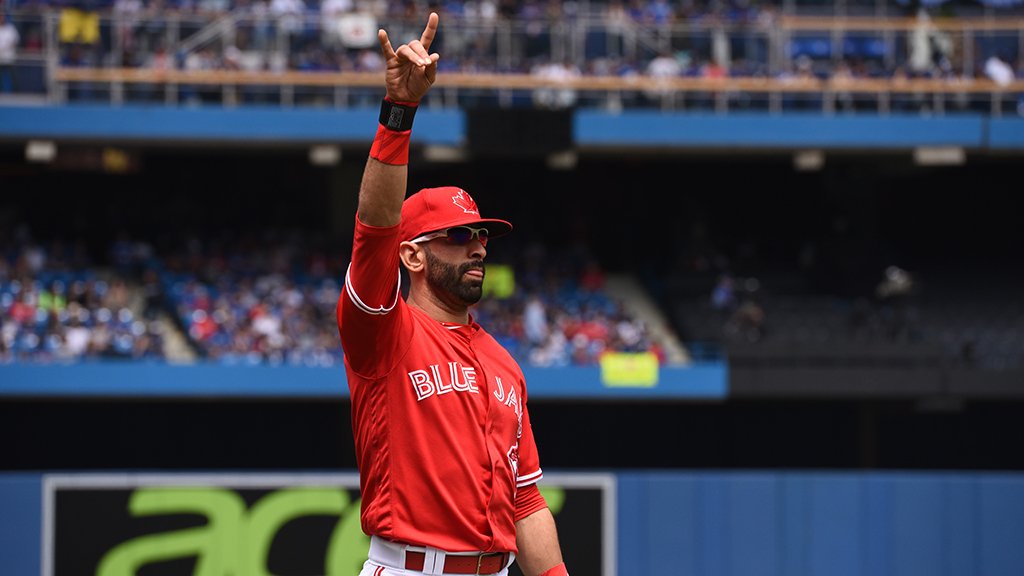 I was going to begin my list of the 10 worst draft picks in Blue Jays history today, but I think that combining that depressing list of terrible decisions with yet another depressing chronicle of a game in which Toronto never even truthfully competed in would be too much for the 8 people who still read this thing, so I think I’ll wait until they actually win a game before we go there.

The folks who work at the Rogers Centre had barely finished wrapping up the gigantic Canadian flag from the Rogers Centre’s Canada Day pregame ceremony before this game was already over. Many times this season I have lamented the Blue Jays’ tendency to lose games in which they appeared to have an advantage in starting pitching. This situation puts pay to the truth that the game must be played on the field, not on paper and that apparent statistical advantages don’t always play out. Apparently that truth only applies to Toronto’s opponents, though, because even though the Red Sox had a pronounced advantage in starting pitchers today, a trajectory-changing upset on our country’s 150th Birthday Party was literally never a possibility. As soon as Francisco Liriano threw Mookie Betts four straight balls (none of them close) to start the game, it was all over.

With Chris Sale starting for Boston, Francisco Liriano’s margin of error in this afternoon’s game was zero. Sale, the tall rangy left-hander who has emerged as a perennial Cy Young Award candidate, has been worth his weight in fair trade coffee this season, with an ERA under 2.80 and 153 strikeouts in just 113 innings. In mismatched games like this, the secret for the underdog is to stay even – or at least close – to the favourite for as long as possible. In apparent mismatches like today’s, the longer it stays close, the more the underdog begins to believe it can steal a win and the more doubt creeps into the favourite’s mind. Ideally, this psychological juggling act should last longer than one half of an inning. If Liriano COULDA showed some fight and at least gotten through the first two innings without allowing runs, Toronto might have started to believe. He didn’t, however – he allowed backbreaking two-run base hits with two outs in each of the first two innings – and the notion of scoring at least 4 runs against Sale quickly became a sisyphean task for a weak offence that can’t even be counted on to do much against mediocre pitching.

I’m no pitching coach, but (God help us) if I were, I WOULDA told my starter before this game “Whatever you do, try not to let Mookie Betts beat us.” Actual Blue Jays pitching coach Pete Walker must have forgotten that sage piece of advice, because Liriano granted Betts an easy walk in each of his first 3 plate appearances and needed just 13 pitches to do so, which is pretty difficult to do. Betts, the Red Sox’ leadoff hitter, most dynamic baserunner and MVP candidate, promptly stole two bases and came around to score all three times, effectively winning this game on his own without even taking the bat off of his shoulders. If Betts was the Harlem Globetrotters today, effortlessly graceful in showcasing his myriad talents, Liriano was the Washington Generals, providing him just feeble enough opposition to let it all happen.

Despite the fact that his linescore for today’s game looks very impressive – 7 innings pitched, 11 strikeouts, 4 hits, 1 walk – Sale’s stuff today wasn’t as dominant as it usually is. I know it sounds ridiculous after I’ve just spent 500 words talking about what a lost cause this game was today because he was pitching, but he was vulnerable today. He had thrown nearly 70 pitches by the end of the 4th inning and was leaving more hittable pitches than usual up in the strike zone. There were chances early to get to him (Troy Tulowitzki swung and missed at a pitch he SHOULDA hit with two runners on base in the first inning and later Josh Donaldson, Steve Pearce, Jose Bautista and Tulowitzki (again) all saw hittable pitches in key situations but missed them. Obviously, those chances are few and far between even on Sale’s worst day at the office, but if you want to beat him, those few mistake pitches have to be punished. Other than Justin Smoak, no one on this team looks prepared to hit much of anything, from Chris Sale or anyone else.

Only a team as wayward as this current Blue Jays squad would have not one, but two left-handed relievers in their bullpen (Aaron Loup and Jeff Beliveau, also their only bullpen lefties) who both have worse numbers against lefties than against righties. Yet another ‘accomplishment’ that is nearly impossible to do, but somehow they keep achieving. This season seems likely only to be memorable for its quirky feats of ineptitude. Not exactly what I was hoping for when I decided to spend the summer writing about it.

The Red Sox, whose offence has struggled somewhat this season without David Ortiz anchoring the middle of their lineup, have scored 14 runs in the past two games without hitting a home run. The absence of Big Papi’s powerful bat in the middle of their order has forced them to do other things to score runs. The Blue Jays have scored just 5 runs in these two games, and they were all scored on home runs. Boston have hit the ball the other way, stolen bases, taken walks and are constantly putting pressure on the ill-equipped Blue Jays defence and pitching staff. Just 5 of Boston’s 20 innings this weekend went three up and three down, and 3 of those were today after the game was all but out of reach.

The Blue Jays scored just 96 runs in the entire month of June, worst in the American League, 27 runs less than the second-worst team (Minnesota) and barely half what the Yankees scored. They have ground into more double plays than any other MLB team and were recently named by a new ESPN tracking statistic as the slowest base running team in baseball. I’m afraid the losing isn’t going anywhere unless Rogers agrees to eat a lot of contract money and clear the glut of older players currently weighing them down.