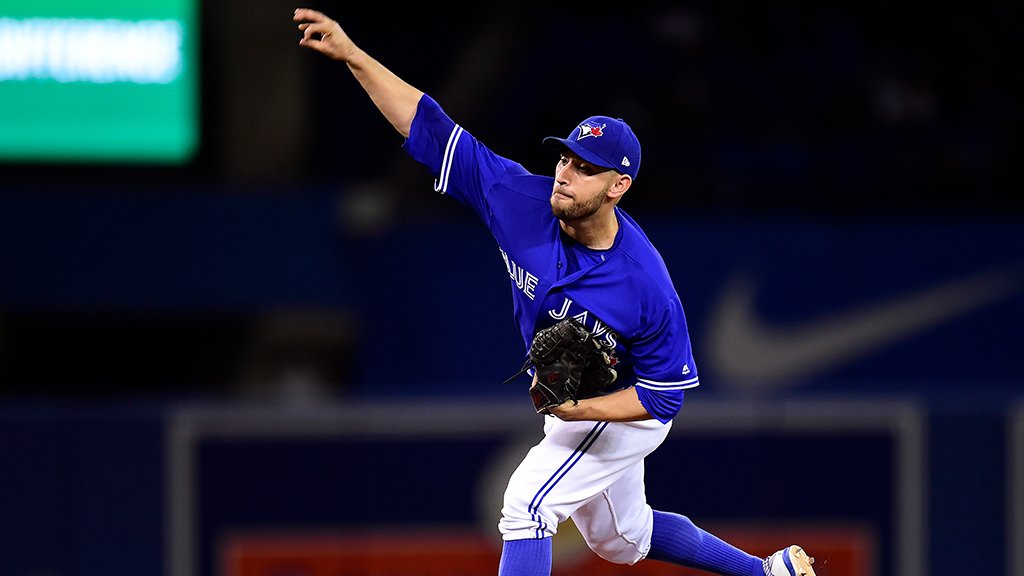 Artificial Turf Blues Game 49: One Shake of the Head

Yesterday the Rangers had an advantage in starting pitching and the Blue Jays won anyway. Today, both teams each had their best starters going and despite sitting Troy Tulowitzki and Josh Donaldson, the Blue Jays won anyway. Tomorrow it’s Joe Biagini vs. Andrew Cashner so I have no idea who will win but that game has genuine Gong Show potential. Not much in this series has gone as I’d expected, but it has had its share of fun surprises, no?

Today both aces each made just one key mistake. Marco Estrada’s was the first pitch of the game and Yu Darvish waited until the 5th inning to make his. The difference was that Darvish had runners on base when he made his mistake and Estrada got his out of the way before that would have even been possible.

A BIG PLAY – As my life coach Irwin M. Fletcher would say, it doesn’t take Sherlock Holmes to figure this out – Larry Holmes could have picked this one. With two out and two runners on in the fifth inning, Darvish was facing Jose Bautista, still clinging to a 1-o lead. To that point Bautista had been 1-for-20 in his career vs. Darvish. My guess is that in most of those at-bats Darvish didn’t throw Jose a cement mixer slider like he did on the first pitch of this at-bat. Bautista promptly deposited it over the left field fence for the only Blue Jays runs of the game, scoring Luke Maile (!) and Devon Travis ahead of him. Texas catcher Robinson Chrinos actually had wanted Darvish to throw a different pitch (he’d just gotten away with a few bad sliders earlier in the inning), but Yu shook him off to throw the slide-piece instead and Jose was sitting on it. I’m betting that he’ll be shaking his head about that shake of the head for the next five days.

A BIG MOMENT – He hasn’t had a great season thus far, but Toronto’s Public Enemy #1 Rougned Odor has had very good at-bats these last two days in our fair city (including a three run home run last night that is just now coming back into orbit). This afternoon in the fourth inning he fought off a tough pitch with two strikes on him for an opposite field single. Two innings later, with a runner on first he fought off several would-be third strikes from Estrada and finally hit a slow roller towards shortstop that was going to be a tough play, but Odor gave Jays fans everywhere a gift (and GIF) that will last forever by executing a full-on face plant as though he were trying to skate his way to first base. Instead of beating it out as he likely would have, he was thrown out easily to end the inning and Estrada’s day. When this break happened just after Nomar Mazara was thrown out at first not paying attention after Ryan Goins dropped an easy fly ball, Estrada made his way to the dugout like Usain Bolt, eager to shake hands with John Gibbons and get the hell out of this game without pushing his luck any further.

…AND A LITTLE THING – Bautista’s fifth inning home run was the decisive blow but Darvish probably most regrets throwing a five pitch walk to #9 hitter Luke Maile to start the inning. Maile has done a good job defensively as the Blue Jays’ backup catcher this season but he should be an automatic out for someone of Darvish’s skill level. Any time a hitter of Maile’s (and I’m being diplomatic here) limited hitting skills reaches base against a pitcher like that, it can only be attributed to a lack of focus. If Darvish had retired Maile to start the inning as he should have, Bautista doesn’t even get a chance to be the hero. After looking all-but-unhittable to that point of the game, the memory of that fifth inning free pass might have Darvish cuddling up with a bottle of Johnny Walker Blue for a while tonight.

Despite a lot of dramatic build up beforehand from the folks at Sportsnet, these games have been entirely devoid of dust-ups, bean balls and hard feelings. That makes sense. Both of these teams need to win games at this point in their seasons and have more important things to worry about than nonsense from seasons past. I will confess, though, that watching Rangers’ manager Jeff Banister have to sit there and watch his team suck canal water is uniquely satisfying. Rather than being a calming influence, I felt like last year he chose to provoke things further when he could have diffused some of last year’s incidents. Serves him right that all he can do now is unsuccessfully try to appeal the umpire’s call 37 times a game.

Ryan Goins made several defensive plays today that were gigantic for the Blue Jays managing to only allow only one run. He started a spectacular double play in the seventh inning and later threw Odor out at first base with a deft flip from his glove. Good fortune for Toronto that on an afternoon when Tulowitzki is sitting out that the guy who replaced him defensively made two hyper athletic plays that he probably couldn’t have.

Mike Napoli has hit 4 home runs in his last 9 games and, after his usual cold April, is currently in the middle of one of his famous hot streaks. It tells you how feared Estrada has become around the league that, given how badly Texas needs a win, Bannister chose to keep his hottest hitter out of the lineup today because he wouldn’t have much of a chance against him and Estrada’s Bugs Bunny-style changeup.

With the way Ezequiel Carrera has looked lately, I would have thought that Chris Coghlan would have been a better choice to bat ninth and play left tonight. In a tight game, Carrera stranded five baserunners in just the fourth and fifth innings alone, striking out badly to end both innings despite Darvish throwing him 7 (yes, Dorothy, seven) consecutive breaking balls. A few days off might do him some good at this point. I know it would do me some good if he took a few days off.

It’s not quite as much fun when an opposing outfielder makes a Kevin Pillar-like catch to rob Kevin Pillar in the outfield, is it? Jared Hoying made one of the best snags I’ve seen this season in the fifth inning and crashed into the plexiglass scoreboard, costing Toronto at least one run. He also emulated Pillar faithfully by shaking off his injuries and staying in the game.

MLB’s Memorial Day camouflage-themed uniforms are awful looking and they pander to all the wrong ideas. The holiday is called Memorial Day. It’s purpose is to remember and honour those who gave the ultimate sacrifice in the military. Instead, these awful looking “Stars and Stripes” designs (their name, not mine) reinforces the misguided, infuriating notion that somehow military support and patriotism are the same thing, which is preposterous. A moment of silence and patch on the shoulder would have been much more dignified and appropriate.