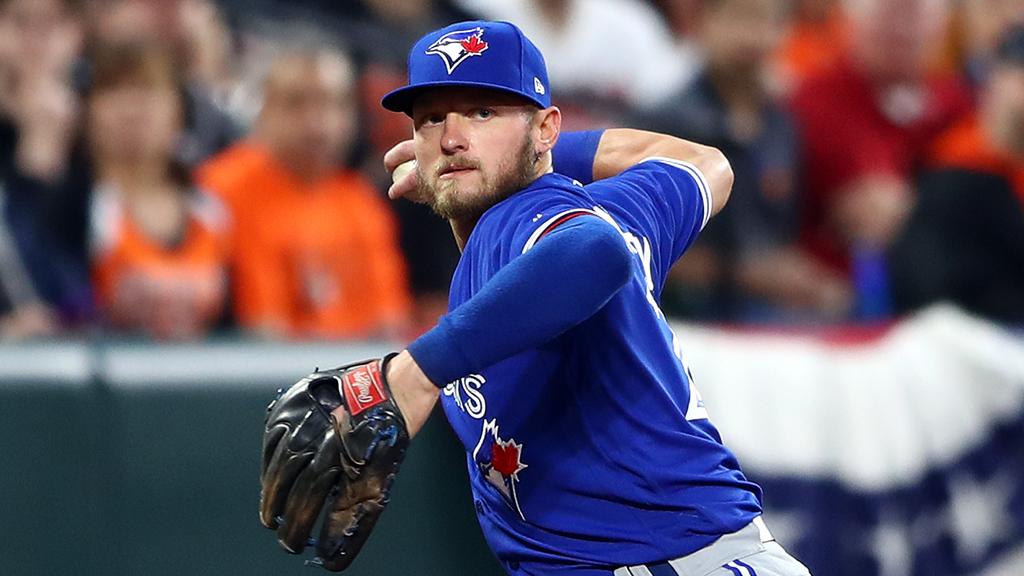 Well, they don’t ask how, they only ask how many.

Despite doing everything they could to give this game to the Rangers, the Blue Jays managed to win tonight, ultimately making Troy Tulowitzki and Josh Donaldson’s return to the lineup a happy night at the ballpark. But, oh, how close they came to sadness.

Frankly, it was a situation rife with potential for disappointment. Yes, the hated Texas Rangers were in town to play their first games vs. Toronto since last year’s ALDS. Yes, the Blue Jays were welcoming back the left side of their infield, two players whose contributions on and off the field have been sorely missed for the last 4-6 weeks. The fan wants to believe that the addition of two All-Star players to the lineup will turn around a team’s fortunes immediately. While those two men’s presence undoubtedly gave the team (and city) a boost tonight, ultimately the Jays are still missing three starting pitchers and will need good innings from their replacements if they want to play meaningful games this fall. They don’t have to be great, but they will at least have to be good.

So, yeah, Mike Bolsinger was not good. There is no other way to say it. He allowed the leadoff hitter to reach base in every inning he appeared in. He walked 4 batters in 4 2/3 innings and struck out just two. While the first run against him was unearned, he was helped out of trouble by terrible Rangers base running and a couple of good defensive plays. He had no business winning this game (and he didn’t), but he was was using smoke and mirrors to somehow not to lose this game, either. His escape from tonight’s game without being the losing pitcher lends further credence to my theory that Josh Donaldson is in fact Baseball Jesus, and when he’s back in the lineup, straight up miracles can happen.

A BIG PLAY – In the second inning, with the Jays already trailing by a run and Bolsinger beginning to look like Cinderella’s eye makeup at around 11:59 p.m., Devon Travis, hot as a pistol at the plate the last few weeks. stepped to the plate with the bases loaded. After fouling the first pitch off, he crushed a floating changeup into the left field seats to put Toronto up early. While getting a three run lead was nice, it also allowed the Jays to stick with a shaky Bolsinger a little longer than they otherwise might have, preserving the bullpen somewhat on a night where Texas was forced to go to theirs in the second inning.

A BIG MOMENT – In the sixth inning, after Kevin Pillar failed to score a runner with the bases loaded and one out, Donaldson came to the plate. While Donaldson’s at-bat wasn’t successful, either, Devon Travis was able to score from third on a wild pitch from Rangers reliever Jeremy Jeffress one pitch before the inning ended. It almost seemed like piling on at the time, (it made the score 7-3) but in fact it ended up being the game’s winning run, and full credit to Travis for his awareness and hustle, as the ball had barely squirted 10 feet away from Rangers catcher Jonathan Lucroy. Even more important than that fact, though, is that this sequence allows me to mention that the winning run was not charged to Jeffress, but to the pitcher who preceded him in the game – a man whose name is (drumroll, please) Austin Bibens-Dirkx. Just saying his name out loud made watching this game worthwhile.

…AND A LITTLE THING – With Lucroy on second with two out in the third inning, everyone’s favourite middle infielder/chain-and-beard model Rougned Odor stepped to the plate for his second at-bat vs. Bolsinger, who was fooling no one. Odor swatted a ball deep into right field, and in a yearbook moment, Jose Bautista made a very nice running catch in the corner to end the inning. It saved at least one run (which obviously ended up being pretty important), but it also felt like a little bit of cosmic vindication for Jose to rob Odor of an extra-base hit and RBI just a year after his cheap shot punch on the field brought this rivalry to a new level. Also, having typed the word so often in today, I am starting to crave a Bolsinger. I don’t know what it is or if it will be good for me, but I want one.

Right before he made his heart-warming catch, Bautista was apparently credited with an outfield assist when his throw from right field was relayed by Travis to home plate to nail Elvis Andrus at the plate. Andrus had treated the third base coach like the pretty girls all treated him in high school and ran the Rangers out of what could have been a big inning. What I found interesting is that an outfield assist can be like a hockey assist – where the outfielder’s throw isn’t the actual throw that catches the runner, but only begins the sequence. I’ve been watching baseball a long time and have always assumed that an assist could only be credited on a direct throw. See, we’re all still learning here. Together.

It’s been a while since I saw two starting pitchers in the same game who both threw that many curveballs. Both A.J. Griffin and Bolsinger have pretty good curves and rely on ‘the hook’ more than almost any starter in the major leagues. Unfortunately Griffin had to leave the game in the second with an injury and Bolsinger doesn’t locate his fastball well enough to make his curve effective for very long, otherwise we could have set some kind of usage record tonight. That would have made some headlines, huh? Huh?

Ezequiel Carrera is fortunate that the Blue Jays have no other options in the outfield right now. He has had a litany of terrible at-bats the last few weeks and continues to throw the ball to the wrong base from whatever spot he’s in, costing Toronto’s pitchers ninety feet of real estate way too often. Because Carrera is semi-quick and small in stature, people have a tendency to assume he is a good defensive player. That is officially untrue – he doesn’t take good routes to the ball, often almost collides with his fellow fielders and his chicken wing arm doesn’t even throw the ball where it is supposed to go. The last month Devon Travis has at least begun to out-hit his defensive shortcomings. (a grand slam tonight outweighed his second inning throwing error, for example.) I don’t think Carrera is enough of a hitter to make up for his weak defence. A long season with a lot of injuries can result in overexposure for a limited player like him. Steve Pearce might end up looking like Carl Yastrzemski out there by the time he gets back.

Tell me you weren’t holding your breath when Donaldson hit that first inning double and was running semi-gingerly around the first base bag. His calf got injured on a very similar play six weeks ago and when he the play was a little closer than it should have been the cynic in me was sure that somehow his thigh would be spouting blood by the time he got there. It will likely take a while for him and Tulowitzki to get back into rhythm offensively, but just having them in there again feels like putting on a nice, warm Snuggie, doesn’t it? (Don’t act all cool like you don’t know what I mean.)